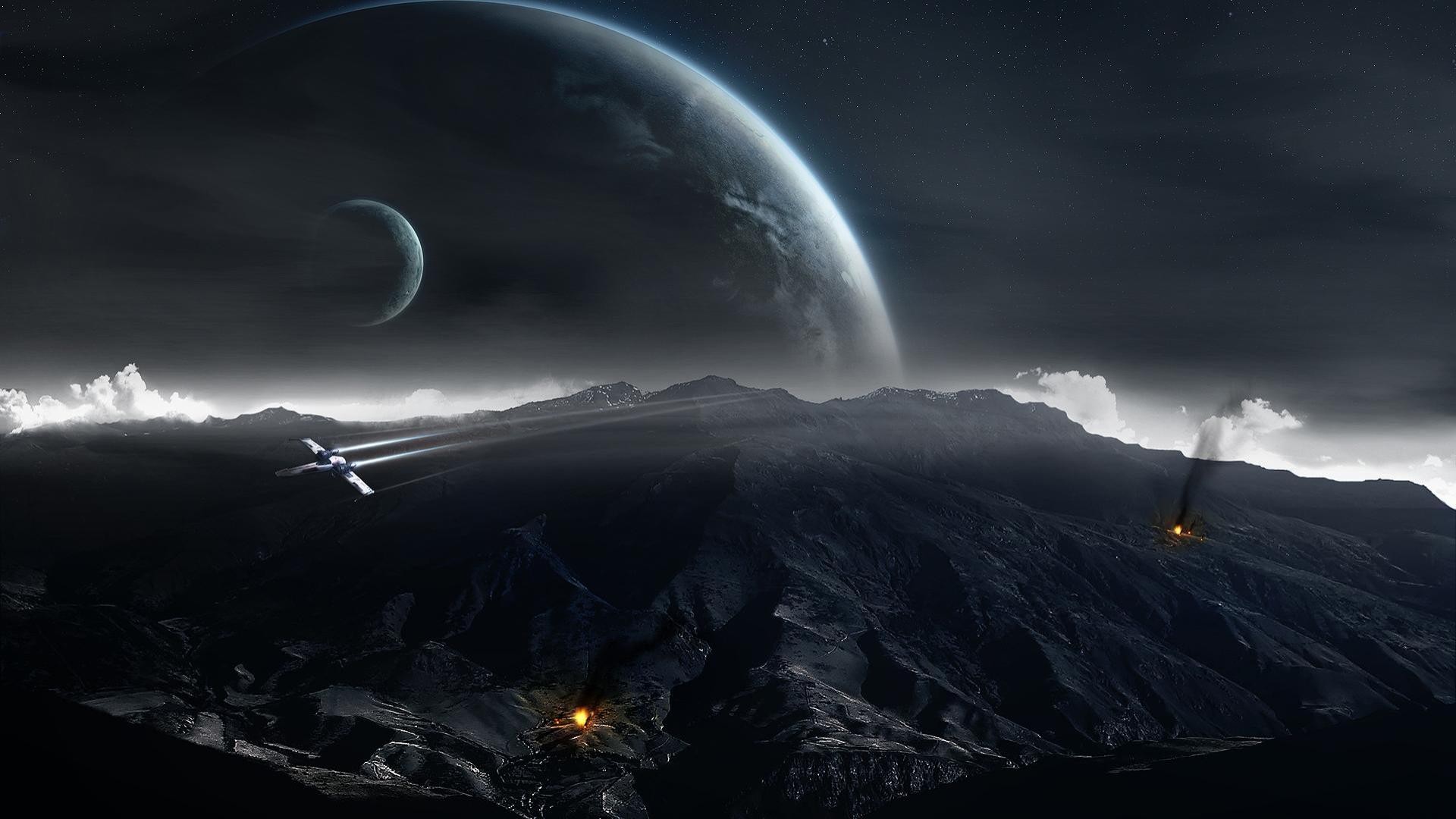 Star Wars is an American epic space-opera multimedia franchise created by George Lucas, which began with the eponymous 1977 film and quickly became a worldwide pop-culture phenomenon.

Looking for the best Star Wars quotes? We’ve compiled a top-100 list with famous inspirational and funny quotes and sayings. 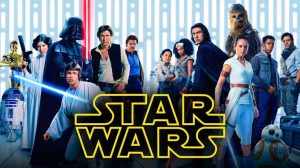 “I’ve got a bad feeling about this.” – Han Solo

“May the Force be with you.” – General Dodonna

“The Force will be with you. Always.” – Obi-Wan Kenobi

“Don’t call me a mindless philosopher, you overweight glob of grease!” – C-3PO

“I’m one with the Force. The Force is with me.” – Chirrut Îmwe 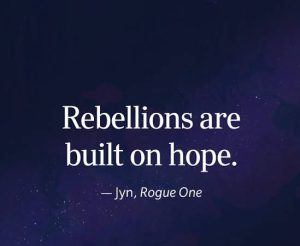 “It’s the ship that made the Kessel Run in less than 12 parsecs.” – Han Solo

“Aren’t you a little short for a stormtrooper?” – Leia Organa

“Just for once, let me look on you with my own eyes.” – Anakin Skywalker

“Would somebody get this big walking carpet out of my way?” – Princess Leia

“Either shut him up or shut him down!” – Han Solo

“Help me, Obi-Wan Kenobi. You’re my only hope.” – Leia Organa

“You look absolutely beautiful. You truly belong here with us among the clouds.” – Lando (to Leia)

“I think I just blasted it.” – Luke Skywalker

“Don’t you call me a mindless philosopher, you overweight glob of grease!” – C-3PO

“Sorry about the mess.” – Han Solo

“You don’t have to do this to impress me.” – Princess Leia

“I never doubted you for a second. Wonderful!”

“Everything is proceeding as I have foreseen.” – The Emperor

“He is as clumsy as he is stupid. General, prepare your troops for a surface attack.” – Darth Vader

“Now, witness the power of this fully operational battle station.” – The Emperor

“I assure you, Lord Vader. My men are working as fast as they can.” – Moff Jerjerrod

“I’m one with the Force, and the Force is with me.” – Chirrut Imwe

“Be careful not to choke on your aspirations, Director.” – Darth Vader

“Someone has to save our skins. Into the garbage chute, fly boy.” – Princess Leia 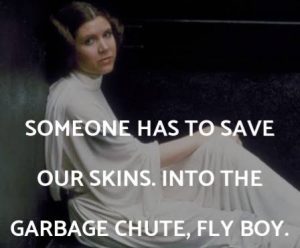 “You do have your moments. Not many, but you have them.” – Princess Leia

“We shall double our efforts!” – Moff Jerjerrod

“Who’s the more foolish: the fool, or the fool who follows him?” – Obi-Wan Kenobi

“I fear nothing. For all is as the Force wills it.” – Chirrut Imwe

“I’m standing by as you requested, although there’s a problem on the horizon. There’s no horizon.” – K-2SO

“But I was going into Tosche Station to pick up some power converters!” – Luke Skywalker

“I have lived long enough to see the same eyes in different people.” – Maz Kanata

“Death is a natural part of life. Rejoice for those around you who transform into the Force.” – Yoda

“I find your lack of faith disturbing.” – Darth Vader 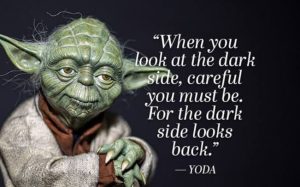 “The strongest stars have hearts of kyber.” – Chirrut Imwe 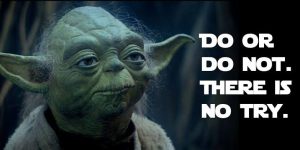 “A long time ago in a galaxy far, far away…” you were born.” 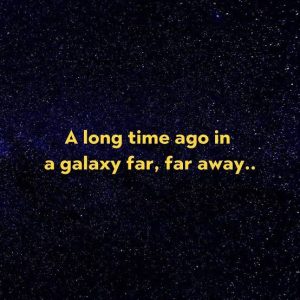 “May the force be with you” on your birthday.”

” Age matters not. Celebrate you must.”

“You are the Obi Wan I know having a birthday today.”

The ability to speak does not make you intelligent, now get out of here.” – Qui-Gon Jinn

“What if the democracy we thought we were serving no longer exists, and the Republic has become the very evil we’ve been fighting to destroy?” – Padme Amidala

“When gone am I, the last of the Jedi will you be. The Force runs strong in your family. Pass on what you have learned.” – Yoda

“I’ll never turn to the dark side. You’ve failed, your highness. I am a Jedi, like my father before me.” – Luke Skywalker

“You don’t need to see his identification… These aren’t the droids you’re looking for.” – Obi-Wan Kenobi

“Oh no, my young Jedi. You will find that it is you who are mistaken, about a great many things.” – The Emperor

“In time, the suffering of your people will persuade you to see our point of view.” – Nute Gunray

“You can’t stop the change, any more than you can stop the suns from setting.” – Shmi Skywalker

“Fear is the path to the dark side. Fear leads to anger; anger leads to hate; hate leads to suffering. I sense much fear in you.” – Yoda

It’s the ship that made the Kessel run in less than twelve parsecs. I’ve outrun Imperial starships. Not the local bulk cruisers, mind you. I’m talking about the big Corellian ships, now. She’s fast enough for you, old man.” – Han Solo

“Well, if droids could think, there’d be none of us here, would there?” – Obi-Wan Kenobi

“Truly wonderful the mind of a child is.” – Yoda

“I got a bad feeling about this.” – Han Solo

“We must keep our faith in the Republic. The day we stop believing democracy can work is the day we lose it.” – Queen Jamillia

“If you strike me down I shall become more powerful than you can possibly imagine.” – Obi-Wan Kenobi

“I’m just a simple man trying to make my way in the universe.” – Jango Fett

“What if I told you that the Republic was now under the control of a Dark Lord of the Sith?” – Count Dooku

“The dark side of the Force is a pathway to many abilities some consider to be unnatural.” – Chancellor Palpatine

“You are unwise to lower your defenses!” – Darth Vader

“So this is how liberty dies. With thunderous applause.” – Padmé Amidala

“I want to come with you to Alderaan. There’s nothing for me here now. I want to learn the ways of the Force and become a Jedi like my father.” – Luke Skywalker

“She may not look like much, but she’s got it where it counts, kid.” – Han Solo

“You were my brother, Anakin. I loved you.” – Obi-Wan Kenobi

“You are the Chosen One. You have brought balance to this world. Stay on this path, and you will do it again for the galaxy. But beware your heart.” – The Father

“If we can make it to the ground, we’ll take the next chance. And the next. On and on until we win… or the chances are spent.” – Jyn Erso

“You will know when you are calm, at peace, passive. A Jedi uses the force for knowledge and defense, never for attack.” – Yoda

“The Sith killed each other, victims of their own greed. But from the ashes of their destruction, I was the last survivor. I chose to pass my knowledge on to only one. I created a legacy so resilient that now you come before me.” – Darth Bane

“The Sith took everything from me. Ripped me from my mother’s arms, murdered my brother, used me as a weapon, and then cast me aside. Abandoned me. Once, I had power — now I have nothing.” – Maul

“Governor Tarkin, I should’ve expected to find you holding Vader’s leash. I recognized your foul stench when I was brought on board.” – Leia Organa

“An object cannot make you good or evil. The temptation of power, forbidden knowledge, even the desire to do good can lead some down that path. But only you can change yourself.” – Bendu

“Hokey religions and ancient weapons are no match for a good blaster at your side, kid.” – Han Solo

“If you define yourself by your power to take life, your desire to dominate, to possess, then you have nothing.” – Obi-Wan Kenobi

“Wait. Oh my! What have you done. I’m backwards. You flea-bitten furball! Only an overgrown mop-head like you would be stupid enough to…” – C-3PO

“Hmph! Adventure. Heh! Excitement. Heh! A Jedi craves not these things. You are reckless!” – Yoda

“There is no escape! Don’t make me destroy you. Luke, you do not yet realize your importance. You’ve only begun to discover your power!” – Darth Vader

“Don’t worry about Master Luke. I’m sure he’ll be all right. He’s quite clever, you know… for a human being.” – C-3PO

“You know, no matter how much we fought, I’ve always hated watching you leave.” – Leia Organa

“Every time I walked away from something I wanted to forget, I told myself it was for a cause that I believed in. A cause that was worth it. Without that, we’re lost.” – Cassian Andor

“This holiday is yours, where we all share with you the hope that this day brings us closer to freedom and to harmony and to peace. No matter how different we appear, we’re all the same in our struggle against the powers of evil and darkness. I hope that this day will always be a day of joy, in which we can reconfirm our dedication and our courage. And more than anything else, our love for one another. This is the promise of the Tree of Life.” – Princess Leia