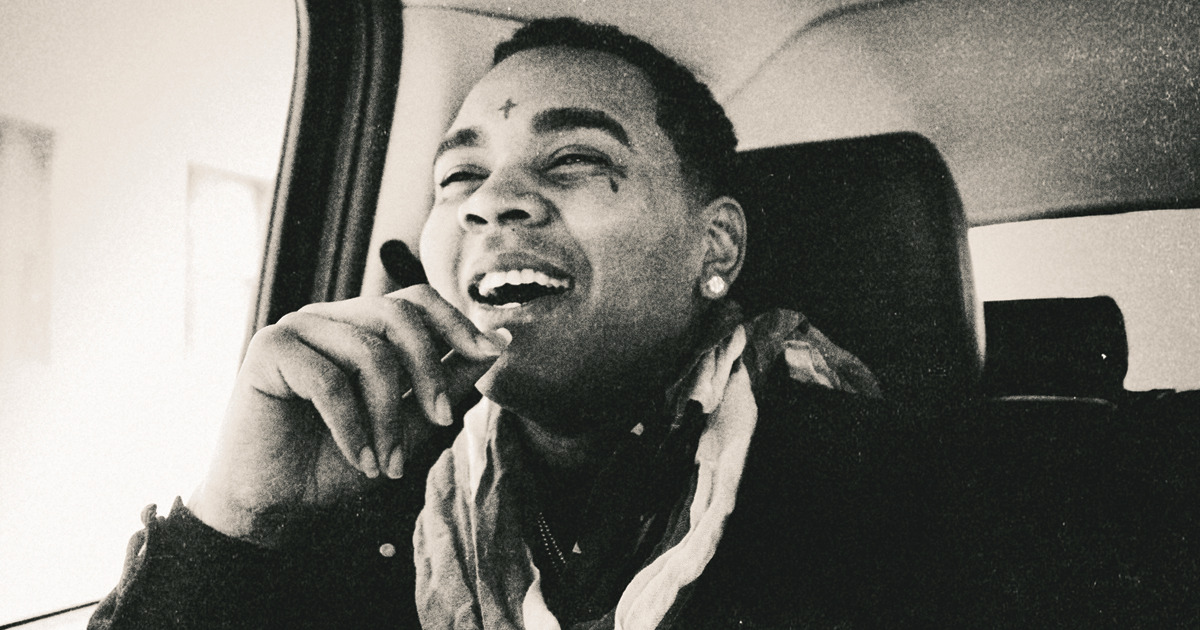 “If I told you I was different would you understand the difference?”

“Anything lost, can be found again, except for time wasted. A vision without action is merely a dream. Action, it’s the grind, it’s the hustle, it’s the persistence.”

“Knowledge is provided but only to those who need to know.”

“Wealth is not of the pocket. It’s of the heart. It’s of the mind. I live like that. You could give me a fish and feed more for a day, but if you teach me to fish, you’ve fed me forever. So that’s really my philosophy with it all.”

“You can’t make everybody else happy and still stay on top.”

“It’s about really really being who you are as an individual and not apologizing for it, that’s what it is. I can feel the growth from my first mixtape to now. On every song, I want to give you a piece of who I am as an individual.”

“Whatever an individual chooses to do with themselves, long as it doesn’t affect me and they’re respectful with it, I don’t care what they do. Because I’m not perfect and I have flaws, so who would I be to be judgmental?”

“Anything lost, can be found again, except for time wasted.”

“Without an understanding of bad… how can one truly have an appreciation of good.”

“The ones that hate you most tend to be the people you know.”

“I’ve had good times and I’ve had bad times and I reminisce, maybe when I lay down, but throughout my day I keep myself engulfed in whatever moment I’m in because it could steer me into a depressed state.”

“If I tell the truth about me, what can the world say? I’d love to be accepted, but I’m not seeking acceptance. If you are a fan, it’s because you’re a fan of who I am psychologically, emotionally, and individually. The world can relate to a human being more than it can relate to a superstar.”

“I’m a perfect imperfection. My craft has been perfected. I just need affection, emotionally. I’m an introvert but it come off as aggression.”

“I have trust issues with allowing other individuals to know my innermost secrets for fear of how I may be viewed. Everyone has this.”

“Why accept failure when success is free?”

“Everybody around you pretending that they are your partner, let you have a problem they won’t even help you out.”

“Emotionally I’m an introvert but it come off as aggression.”

“Money coming, money gotta flip it. I ain’t waiting on nobody, I’mma go get it.”

“I’ve had good times and I’ve had bad times and I reminisce, maybe when I lay down, but throughout my day I keep myself engulfed in whatever moment I’m in because it could steer me into a depressed state.”

“Never break or fold, that’s what it takes to be major.”

“You can learn from a dummy. You can watch a dummy and learn what not to do. I’ve always been an observant individual. You don’t know how much you love something until you can’t do it. That’s one thing I can say that I learned. I learned how much I love music.”

“If you associate yourself with peer pressure or complacency, you’re destined for failure.”

“Any artist that’s as serious about making music as I am, I’m cool with that. But if you tellin’ me, “Man, send me a verse and I’m a send you a verse.” No. That’s not collaborating. We don’t know each other and I’m serious about this music.”

“I have trust issues with allowing other individuals to know my innermost secrets for fear of how I may be viewed. Everyone has this.”

“Don’t get mad at me for being the best of what I was created to be.”

“It is illegal to steal my feelings and leave.”

“My daily conversation, it consists of hustle. Grinding from the bottom sick and tired of struggle.”

“I’m inspired by everything that goes on around me. I’m a sponge. I’m very analytical. I notice the things that most people don’t notice.”

“I just always wanted to study human behavior because every psychologist that I would talk to would tell me I was bipolar, and I know I’m not bipolar, so I had to perform a psychoanalysis on myself to find out that I have unresolved grief.”

“Some may consider this a problem, I easily fall in love.”

“Whatever I have a natural love for or respect or admiration for, I tattoo it on my body. My next tattoo is probably going to be Muhammad Ali. I’ve got Bob Marley, I’ve got Elvis, I’ve got Malcolm X. I’ve got so many tattoos. It’s crazy. I’m really running out of space. But when I go get tattoos, it’s therapeutic for me also.”

“I love God, I love everybody else around me as myself, and I love my enemy.”

“To be honest I am not looking to be romantic, already got someone at home.”

“Music’s the most therapeutic thing for me. Because I suffer with depression, and it’s my only form of releasing it. Just as you do with your recorder, I record my thoughts. I vent. It’s a channel. I’m an introvert when it comes to displaying my emotion. And because I’m such an introvert, the best thing for me to do is to talk to the mic.”

“Everytime the leaves are changing it’s the loneliest time of the year.”

“I love to be clean. I wear the same things, all of my clothes pretty much look the same. I’m a plain and simple type of guy. I don’t really do a lotta busy colors and things of that nature. I feel like less is more.”

“I have trouble with letting go. That’s my problem. Anybody that has extreme highs and extreme lows is bipolar to any psychologist and that’s not necessarily the truth.”

“I write a lot of my best music in the car, like late night. Three, four in the morning. I’m in the passenger seat, I got my driver, my getaway driver. My Bonnie, I’m Clyde. That’s when everything is just settled. In the daytime it’s chaotic. Everybody just goin’ nowhere fast. In a rush to go nowhere.”

“I know my voice is very distinctive because in a room of 100 people, my voice is always picked out.”

“What poor person fits into society socially? You seem like a great person, but you’re not going to leave out of this building and put one of those homeless people in your car. You treat them differently than I do. When I finish with this salad here, you can eat off my plate. That’s just the individual that I am because I’ve walked in those shoes at one time.”

“My grandmother was an English teacher for a while. And she stressed to me the importance of reading, being able to articulate well.”

“I don’t pay attention to sales because it’s not about that for me. It’s about the music. Music is all I have.”

“I love God, I love everybody else around me as myself, and I love my enemy.”

“I came in the game with a different attitude than I have now. And I had to grow. I had to mature. In that growth and in that maturity, that point of maturity I realized that ay, the people that interview me, we really only having a conversation. And they not from the same walk of life that I am, so my life is super interesting to them.”

“I don’t give anyone a reason to hate me, they create their own drama out of pure jealousy. Keep ears opened, mouth closed.”

“I can’t say any artist inspired me, because I’m inspired by the things that go on around me.”

“I live by the ten percent rule. Save one, you save a thousand.”

“I’m a big skeptic so I won’t just go off what an individual may tell me. I gotta do the research. I’ma get different literature on that one subject and just compare and contrast. I do my own selective studies.”

“Or help them get to the root of the problem. Or help them find out what the problem is. Because the problem lies with self, and a lot of times we don’t look inward as individuals. We always look for something else as a substitute, as a pacifier. You have to look at self first.”

“Bein’ logical gave me a reason to doubt.”

“I got it out tha mud, ain’t nobody ever gave me nothing.”

“I’m a super sensitive individual also. The smallest thing might stand out to me. I might go make a song about this interview. I live life then rap about it. Who knows what I may say? I just really say what I feel. When I’m in the moment, whatever I’m feeling, I get it all out.”

“The energy in the daytime is so different because everyone is so unhappy and depressed and you can pick up on that energy psycho-kinetically. So I like to come out at night. Everything’s settled, you can see more.”

“But I really live in a box. I’m always locked away in the studio, so I never get to see those people anyway. And if I do see them, I don’t even think—to be honest, I’m so focused right now I couldn’t even see myself encountering those individuals that I spoke about from my past.”

“I don’t have a religion. I ain’t nothing wrong with church as long as they selling chicken. Cause I read the Quran, I read the Kabalah, I read the Bible. They all got the same three basic principles: Love God, love your neighbor as yourself, and…As far as me being, I live by those principles.”

“My mentality, I guess. I used to deal with things totally differently than the way that I deal with things now. And I believe that comes through growth and maturity. And when you grow, your way of life changes. Everything changes. The things that were interesting at one point, they’re not as interesting now.”