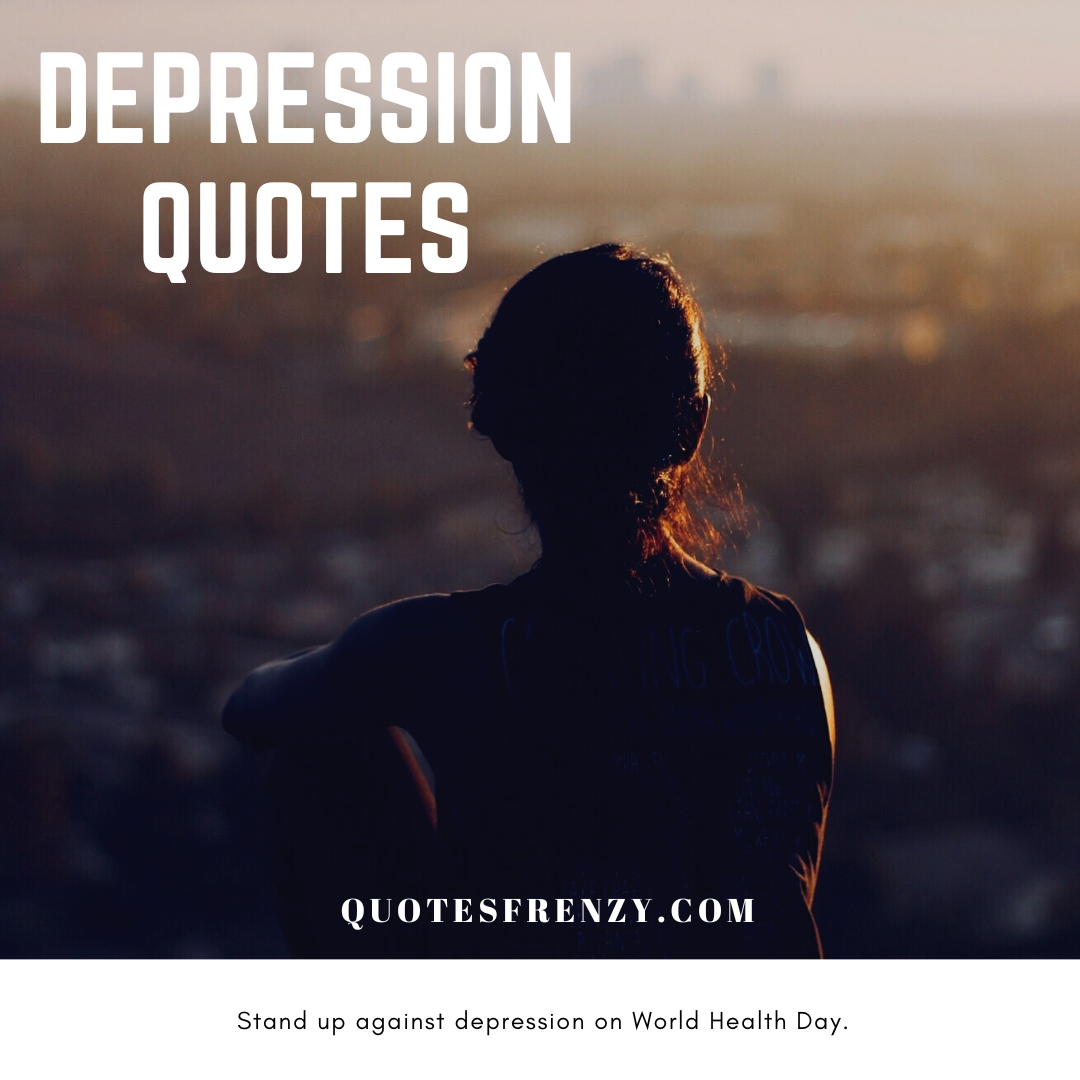 40 Depression Quotes-In today’s fast and stressful life, there are millions of people suffering from depression. But most of the people concerned do not talk about it. However, there are endless possibilities for us to optimize ourselves and our lives. Whoever is unhappy is almost to blames himself – and is silent. The most characteristic feature of depression is the complete loss of interest and joy. Nothing seems to be more attractive, nothing attracts more. The whole world is seen through a depressive pair of glasses that kills all joy and the desire to live. This is accompanied by the depressive mood, which can also be described as an inner void. Everything appears to be meaningless and hopeless. Present and future are black. In addition, there is a diminished drive, which leads to the fact that Depressive can sometimes stop at nothing. There are, of course, a whole series of other symptoms that can further aggravate the suffering of those affected. 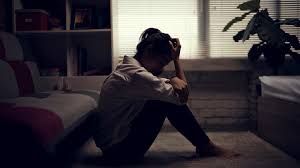 There are many Depression Quotes that works as a medicine in the disease. Some best quotes mentioned as under:

“Depression isn’t just being a bit sad. It’s feeling nothing. It’s not wanting to be alive anymore.    J. K. Rowling 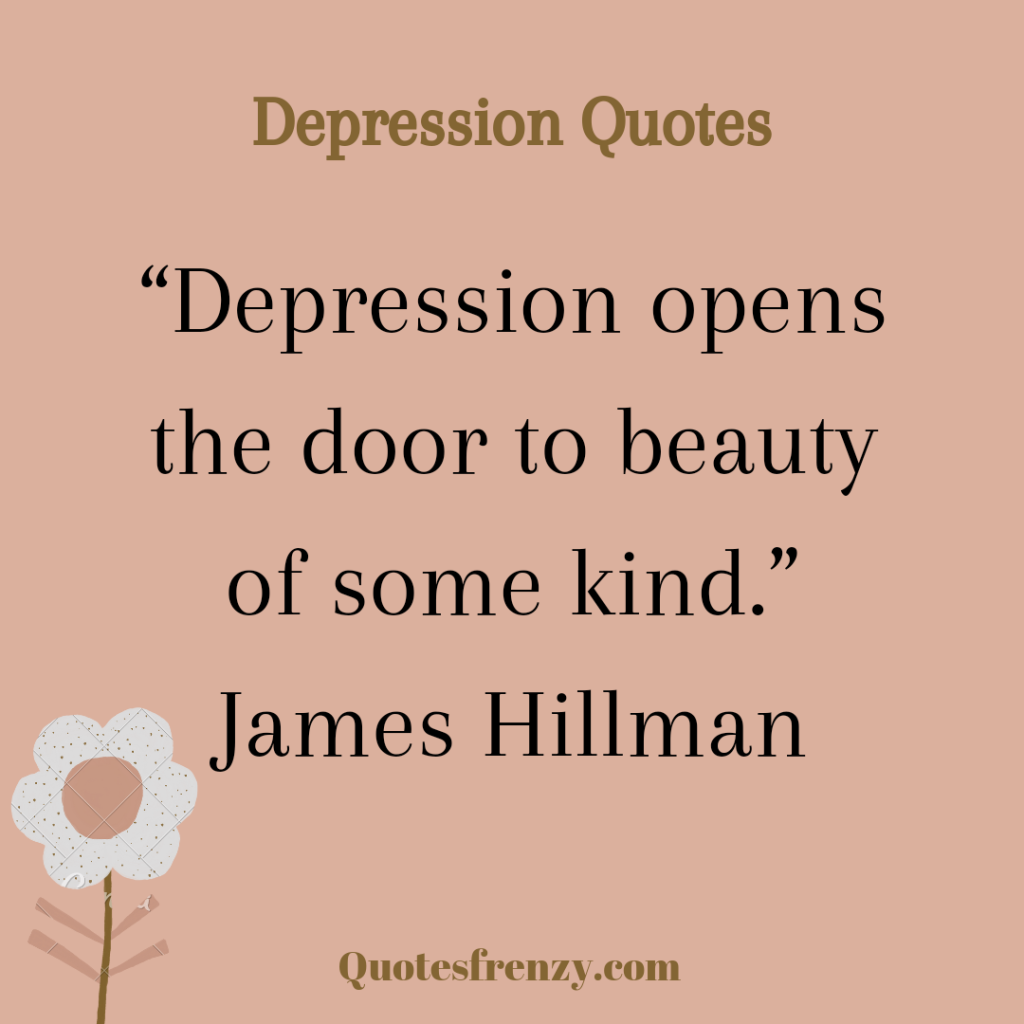 “Depression is boring, I think and I would do better to make some soup and light up the cave.” Anne Sexton

“Depression is about as close as you get to somewhere between dead and alive, and it’s the worst.” Elizabeth Wurtzel

“There are times when explanations, no matter how reasonable, just don’t seem to.”

“I need one of those long hugs where you kinda forget whatever else is happening around you for a minute.”

“Sometimes when I say “I’m OK, I need someone to look me in the eyes, hug me tight and say “I know you are not.”

“There are wounds that never show on the body that are deeper and more hurtful than anything that bleeds.”

“I drank to drown my pain, but the damned pain learned how to swim.”

“There is no person in this whole world who is a mistake, no matter how different that person may seem.” Fred Rogers

“If you suffer from depression, anything that makes you feel has to the most important thing in your life, because it’s the only thing that can save you.” Siobhan Fahey

“There are wounds that never show on the body that are deeper and more hurtful than anything that bleeds.” Laurell K. Hamilton, Mistral’s Kiss

“I didn’t want to wake up. I was having a much better time asleep. And that’s really sad. It was almost like a reverse nightmare, like when you wake up from a nightmare you’re so relieved. I woke up into a nightmare.”  Ned Vizzini

“If you know someone who’s depressed, please resolve never to ask them why. Depression isn’t a straightforward response to a bad situation; depression just is, like the weather. Try to understand the blackness, lethargy, hopelessness, and loneliness they’re going through. Be there for them when they come through the other side. It’s hard to be a friend to someone who’s depressed, but it is one of the kindest, noblest, and best things you will ever do.”  Stephen Fry

“That’s the thing about depression: A human being can survive almost anything, as long as she sees the end in sight. But depression is so insidious, and it compounds daily, that it’s impossible to ever see the end.” Elizabeth Wurtzel

“There is no point treating a depressed person as though she were just feeling sad, saying, ‘There now, hang on, you’ll get over it.’ Sadness is more or less like a head cold- with patience, it passes. Depression is like cancer.”  Barbara Kingsolver,

“There were days when she was unhappy, she did not know why,–when it did not seem worthwhile to be glad or sorry, to be alive or dead; when life appeared to her like a grotesque pandemonium and humanity like worms struggling blindly toward inevitable annihilation.” Kate Chopin

“Depression opens the door to beauty of some kind.” James Hillman

“In my experience the best way to beat depression is to get involved in something inspiring.” Pink

“You say you’re ‘depressed’ — all I see is resilience. You are allowed to feel messed up and inside out. It doesn’t mean you’re defective — it just means you’re human.” David Mitchell, Cloud Atlas

“Find meaning. Distinguish melancholy from sadness. Go out for a walk. Do not be afraid of spending quality time by yourself. Find meaning or don’t find meaning but ‘steal’ some time and give it freely and exclusively to your own self. Opt for privacy and solitude. That doesn’t make you antisocial or cause you to reject the rest of the world. But you need to breathe. And you need to be.”  Albert Camus

“Those with a grateful mindset tend to see the message in the mess. And even though life may knock themdown, the grateful find reasons, if even small ones, to get up.”  Steve Maraboli

“Sadness is more or less like a head cold – with patience, it passes. Depression is like cancer.” Barbara Kingsolver

“Depression, as far as I’m concerned, is just a waste of time.” Helen Reddy 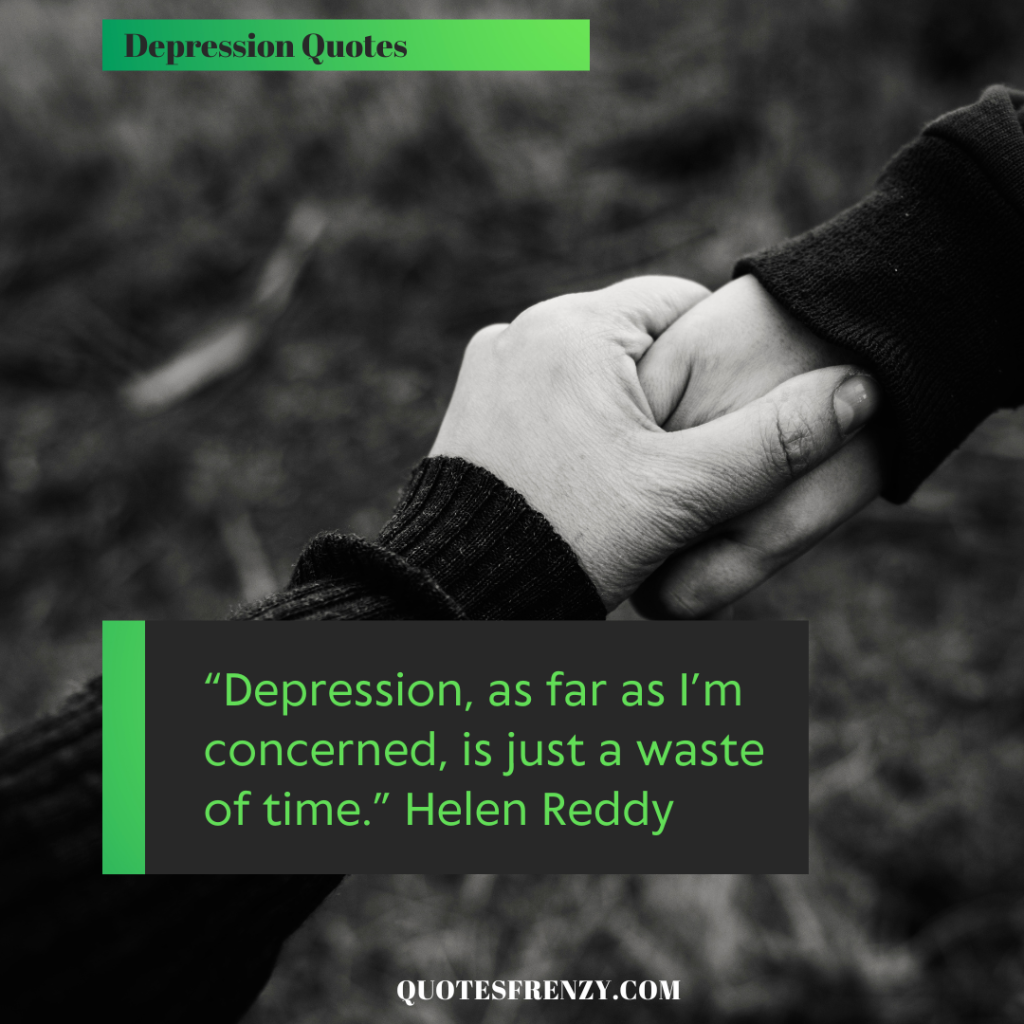 “Depression is not sobbing and crying and giving vent, it is plain and simple reduction of feeling.” Judith Guest

“Depression is a prison where you are both the suffering prisoner and the cruel jailer.” Dorothy Rowe

“Depression is something that makes you lose your sight.” Michael Schenker

“Depression is anger slowed down; panic is grief speeded up.” Ann-Marie MacDonald 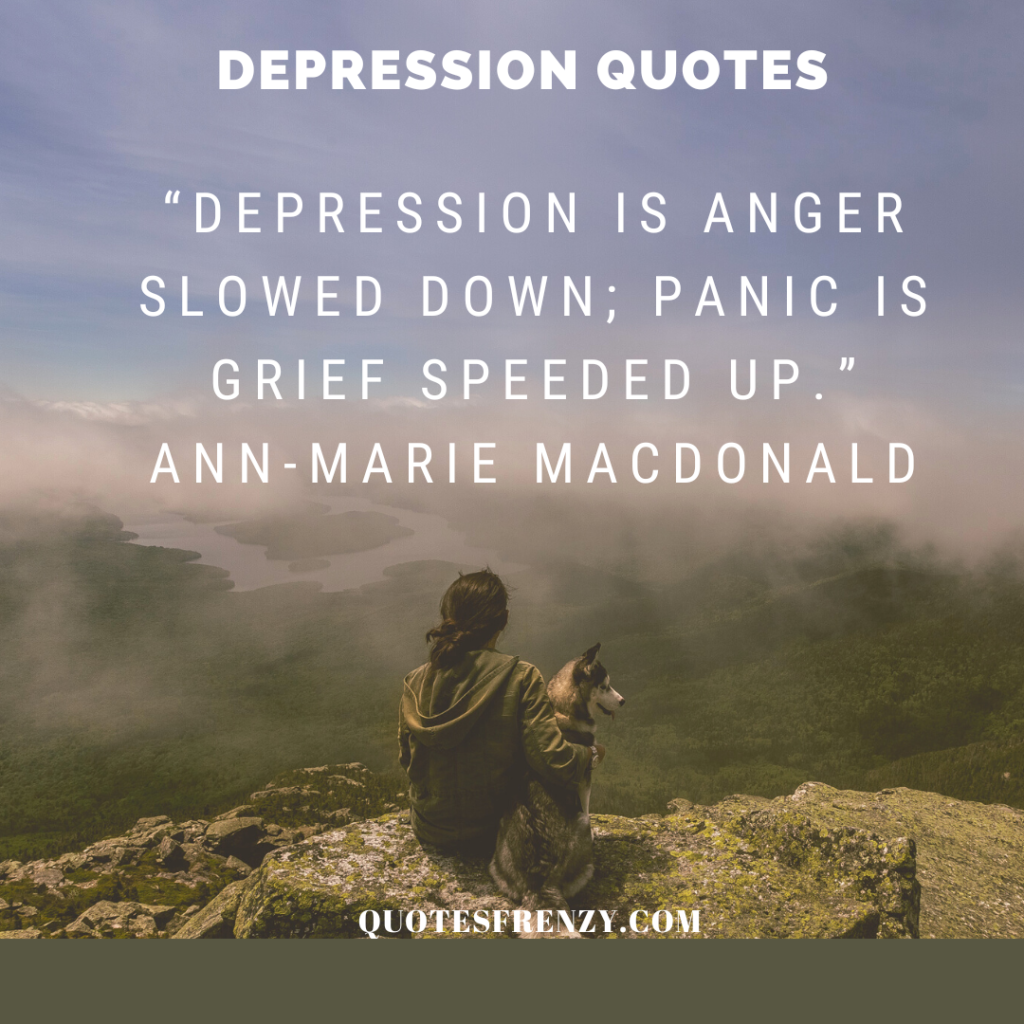 “Depression is the inability to construct a future.” Rollo May

“Work is always an antidote to depression.” Eleanor Roosevelt 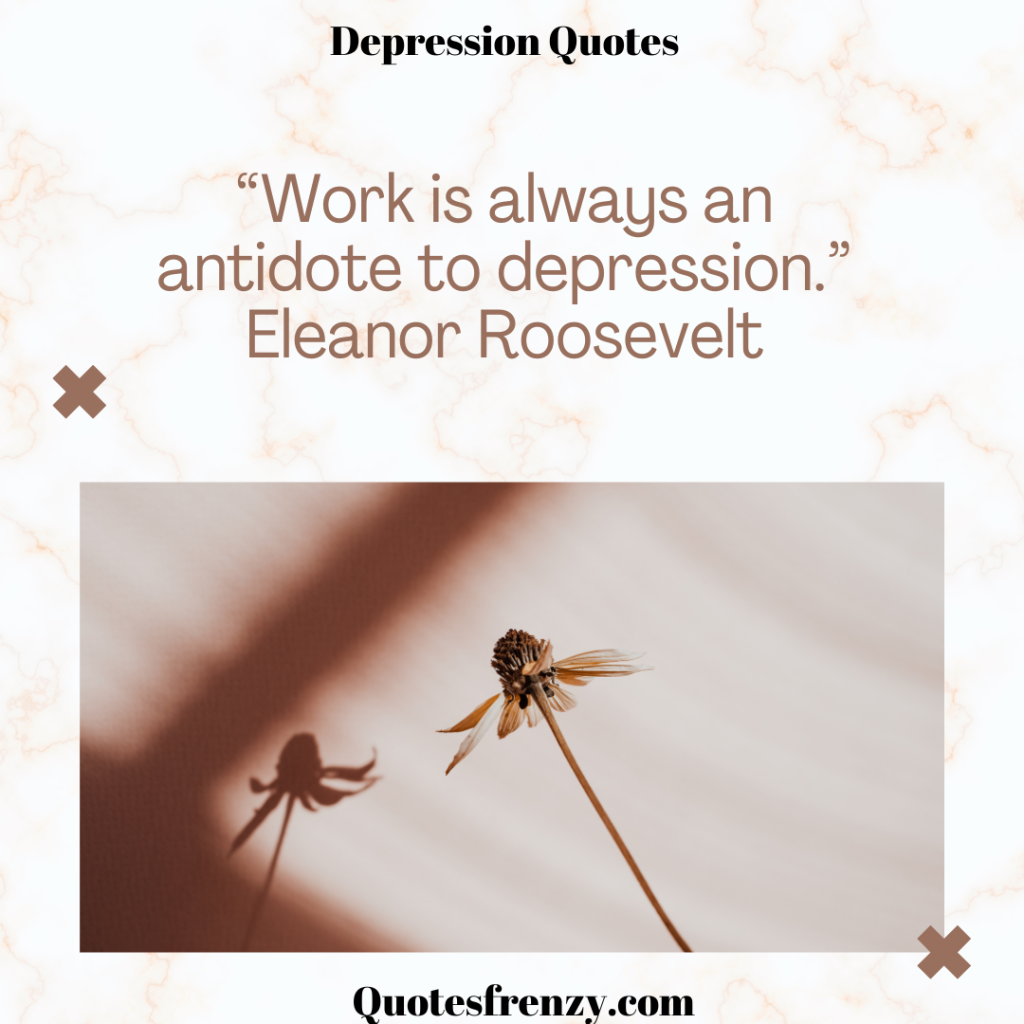 “Becoming active is the key remedy for depression.” Pat Robertson

“Many people think that depression is something you just have to live with when you get older, but it’s not.”Tom Bosley

“Keep yourself busy if you want to avoid depression. For me, inactivity is the enemy.” Matt Lucas

“Depression taught me the importance of compassion and hard work, and that you can overcome enormous obstacles.” Rob Delaney 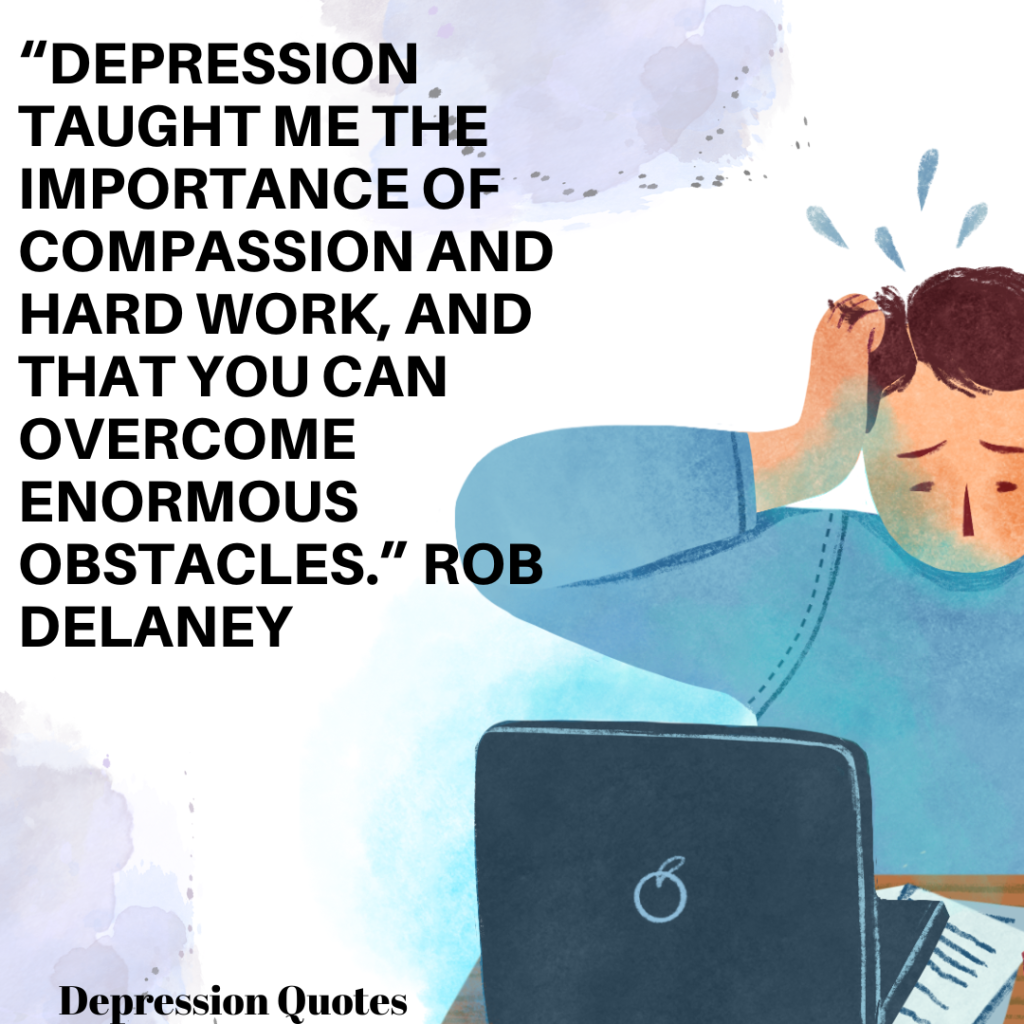 Sometimes even to live is an act of courage – Seneca

When people who are suffering from the depression always thinks that there is nothing left in their life and sometimes they don’t even think for a second to take any danger and serious steps which have no meaning. Bad days never remains last longer, it has to pass one day so it is really an act of courage if you will live for yourself and for your family and relatives.

Instead of Wiping Tears, Wipe Away the People who created them:

Instead of being worried and facing depression time, you should forget the people who are the reason for your situation and come out of your depression. Life is full of joy. Try to find out the moment that gives you smile and joy. Prove to the society and to the life that you have so many reasons to smile.

However, helplessness and lack of understanding of relatives, doctors, and pharmacists for what is really happening in depressed people also lead to the fact that those affected prefer to keep their illness secret and only treat their symptoms. There is not much to explain “headaches” or “sleep disorders”. If one says, “I have a depression,” you run the risk of encountering incomprehension or prejudice. Depression Quotes have magic to cure any people.