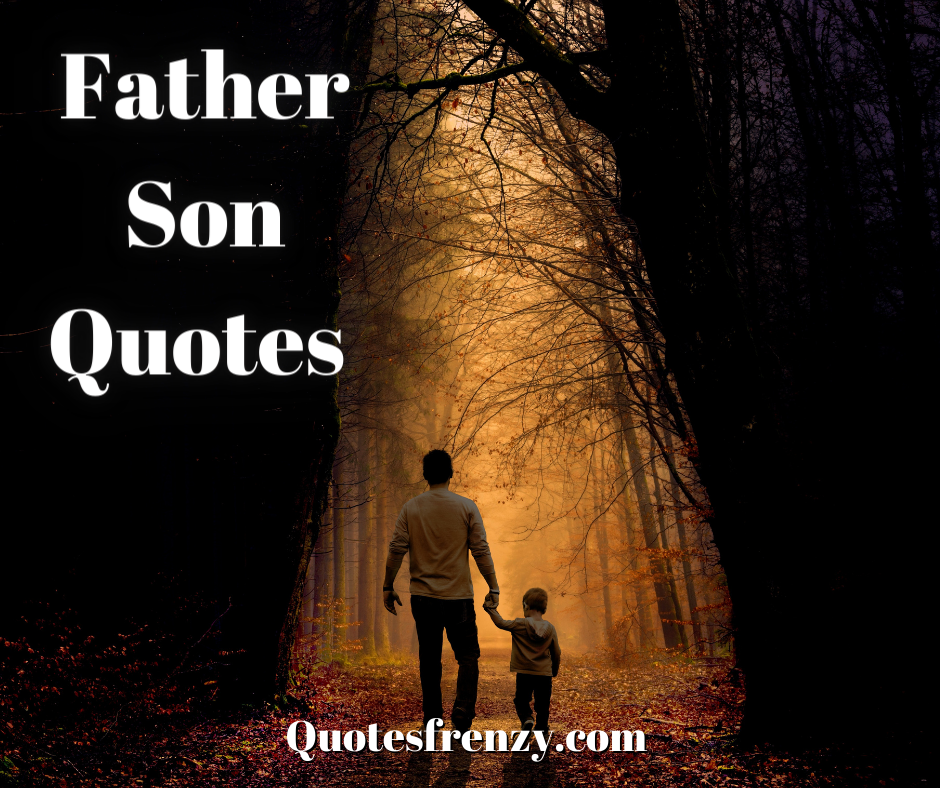 45 Father Son Quotes -Being a father or son is not limited by biological nature. You can have a son or father of whom you are not biologically related. The secret to making this relationship brilliant is embodied in these Father Son Quotes .  Transforming a boy into a responsible man is one of the greatest achievements of all fathers with sons. Let these quotes guide you. 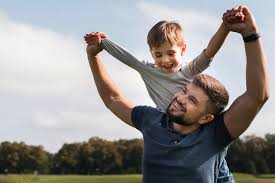 “When a father gives to his son, both laugh; when a son gives to his father, both cry” William Shakespeare – Father Son Quotes For Outstanding Relationship


The special bond between a father, and a son is almost impossible to explain. The father loves naturally and so the son feels appreciated. It is the responsibility of a father to protect and direct the son. If a son loves back his father and shows this appreciation it is worth shedding a tear for. This is because most sons have not been able to appreciate their father’s love and provision. The William Shakespeare Father Son Quotes encourages the sons to respect and love their dads.

“No love is greater than that of a father for His son.” Dan Brown 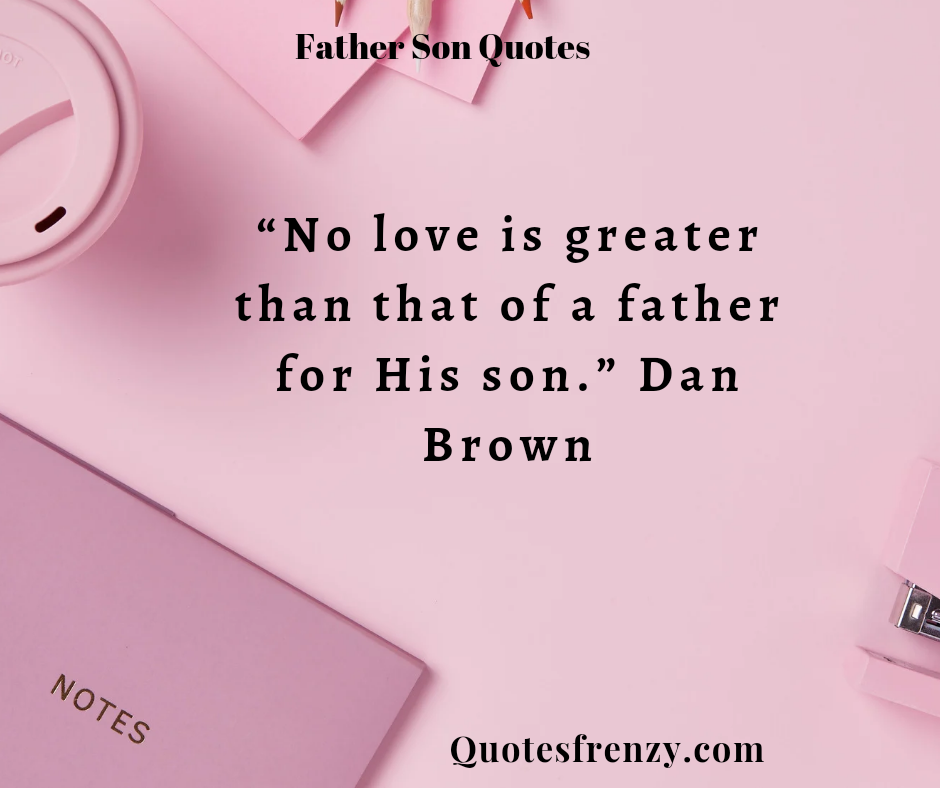 “It is not flesh and blood, but heart which makes us fathers and sons.” Friedrich Schiller

“There must always be a struggle between a father and son, while one aims at power and the other at independence.” Samuel Johnson

“Perhaps host and guest is really the happiest relation for father and son.” Evelyn Waugh 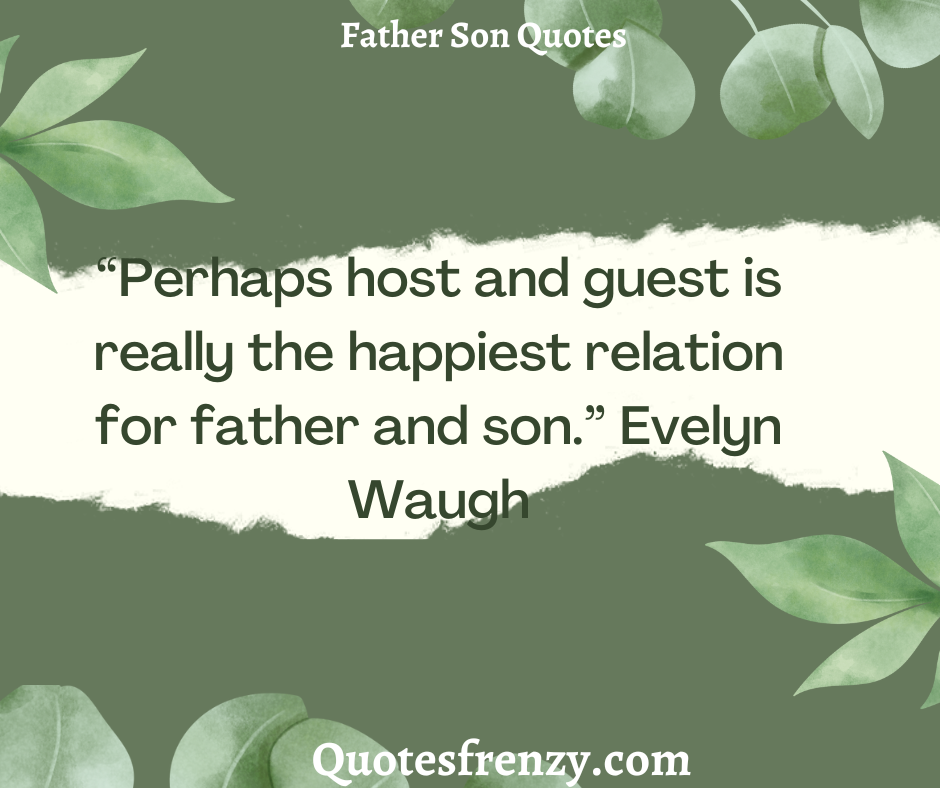 “Fathers and sons are much more considerate of one another than mothers and daughters.” Friedrich Nietzsche

“For thousands of years, father and son have stretched wistful hands across the canyon of time.” Alan Valentine

“It’s a father’s duty to give his sons a fine chance.” George Eliot

“There is no love on earth greater than that of a father for his son.”

“It is the duty of the father to give his sons a good chance.”

“When my dad did not hold my hand, he had my back.”

“My father gave me the greatest gift anyone could give another person, he believed in me.” – Jim Valvano

“Fathers should know that sons follow their example, not advice.”

“Nothing is dearer to an ageing father than his son.”

“A son does not pass judgement on his father, but he is his father’s conscience.”

“My father didn’t tell me how to live; he lived and let me watch him do it.”- Clarence B. Kelland

“For thousands of years, father and son have stretched wistful hands across the canyon of time.”- Alan Valentine

“My father gave me the greatest gift anyone could give another person, he believed in me.”-Jim Valvano

“My father used to say that it’s never too late to do anything you wanted to do. And he said, ‘You never know what you can accomplish until you try.” – Michael Jordan

“I would want my legacy to be that I was a great son, father, and friend.”-Dante Hall

“My father believed in toughness, honesty, politeness, and being on time. All very important lessons.”- Roger Moore

“Every son quotes his father, in words and in deeds.”-Terri Guillemets

“As a father, you want the best for your son, quite obviously. You want to create the best memories for your son.”-Bill Goldberg

“Every father should remember that one day his son will follow his example instead of his advice.”-Charles F. Kettering

“No love is greater than that of a father for his son.”- Dan Brown

“Until you have a son of your own… you will never know the joy, the love beyond feeling that resonates in the heart of a father as he looks upon his son.”- Kent Nerburn

“He followed in his father’s footsteps, but his gait was somewhat erratic.” Nicolas Bentley

“A man knows when he is growing old because he begins to look like his father.” Gabriel Garcia Marquez

“The father who does not teach his son his duties is equally guilty with the son who neglects them.” Confucius 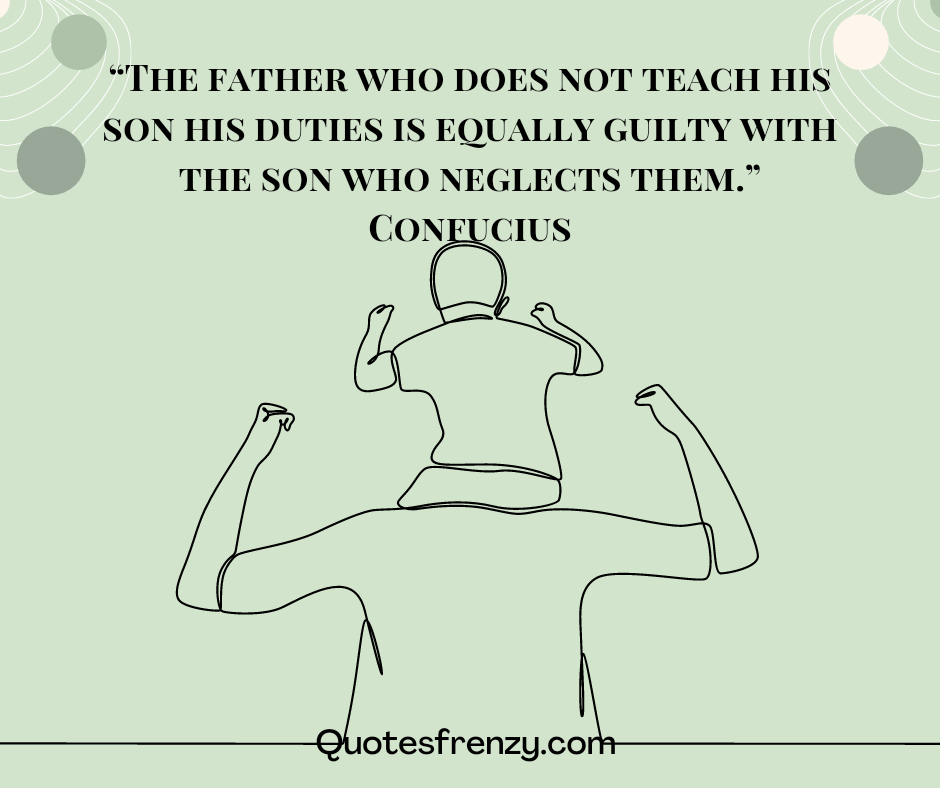 “The greatest gift I ever had Came from God; I call him Dad!” John Walter Bratton

“Join me, and together we can rule the galaxy as father and son.” – George Lucas

“Life doesn’t come with an instruction book—that’s why we have fathers.”- H. Jackson Browne

“Every father should remember one day his son will follow his example, not his advice.”- Charles F. Kettering

“Fatherhood is pretending the present you love most is soap on a rope.” – Bill Cosby

“The father is always a Republican toward his son, and his mother’s always a Democrat.” Robert Frost

“Sons have always a rebellious wish to be disillusioned by that which charmed their fathers.” Aldous Huxley 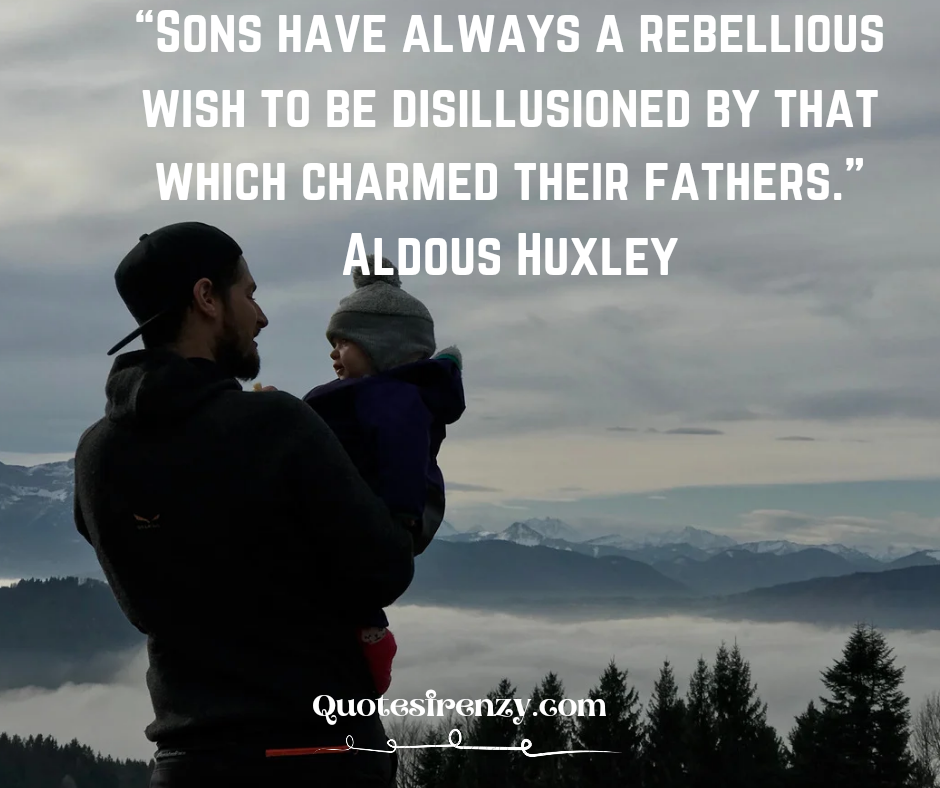 “What was silent in the father speaks in the son, and often I found in the son the unveiled secret of the father.” Friedrich Nietzsche

“With sons and fathers, there’s an inexplicable connection and imprint that your father leaves on you.” Brad Pitt

“Father and son are natural enemies and each is happier and more secure in keeping it that way.” John Steinbeck

“A man’s desire for a son is usually nothing but the wish to duplicate himself in order that such a remarkable pattern may not be lost to the world.” Helen Rowland

“We think our fathers fools, so wise we grow. Our wiser sons, no doubt will think us so.” Alexander Pope 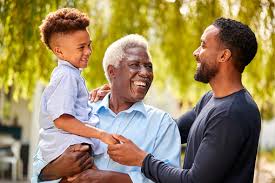 A father is a man who expects his son to be as good a man as he meant to be – Frank A. Clark

Being a father is not just passing on genes to the next generation. It requires more than just. A father is the first teacher to a son. He is supposed to show the son what being a man is. He also lives his life in a manner that the son is able to pick a few things from. Most sons have turned out to be like their fathers, either as losers or achievers.  If you are a father, then be careful how you live your life around your sons.

“It was my father who taught us that an immigrant must work twice as hard as anybody else, that he must never give up “Zinedine  Zidane – Father Son Quotes For Outstanding Relationship


Zinedine, the best football player that ever lived is admired by many. Being an immigrant, he worked hard and became recognized as a professional football player. In this quote, you learn how he transited from poverty to glory. His father gave him one of the best instructions ever. He worked harder than anyone else and achieved his dreams. Fathers should be careful on what they tell their sons, positive words make them great, negative words will bring them down.

So if you are a father or a son, these father quotes are the best you could ever come across. They instill quality and direct men to live quality lives and influence other lives positively.