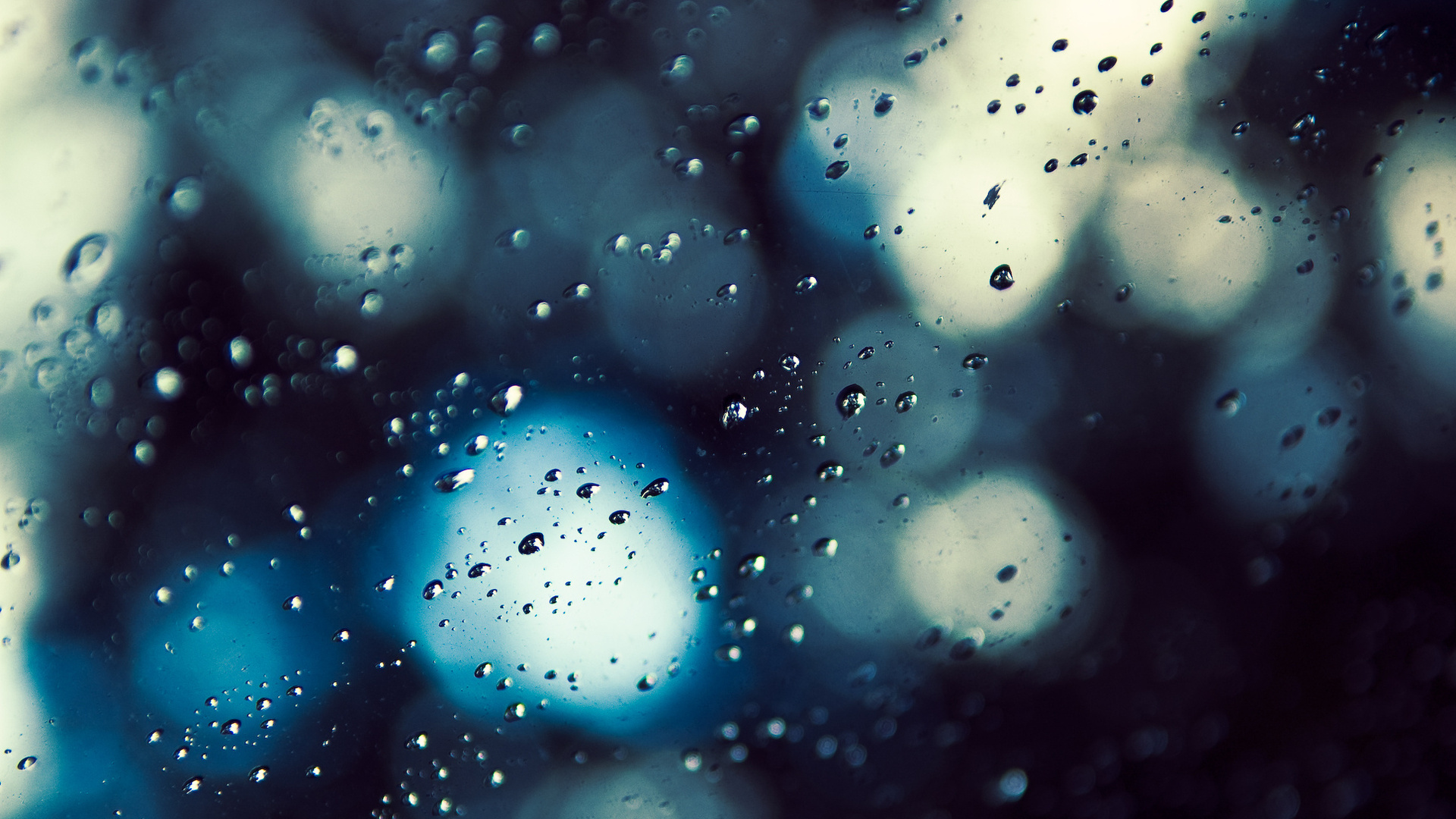 Following are popular anger quotes and sayings. If you’re looking for the best quotes about anger – check out our collection. We’ve compiled a list of the top 100 quotes.

“When angry count to ten before you speak. If very angry, count to one hundred.” – Thomas Jefferson

“Anger is like a storm rising up from the bottom of your consciousness. When you feel it coming, turn your focus to your breath.” – Thich Nhat Hanh

“I believe anger is a wasted emotion, and I don’t like to waste emotions.” – Jim Webb

“Every time you get angry, you poison your own system.” – Alfred A. Montapert

“Anger is an unnecessary emotion. Loads of stuff in life can trigger it, but what matters is how you react. I choose not to react.” – Nicola Adams

“When anger rises, think of the consequences.” – Confucius

“Anger becomes limiting, restricting. You can’t see through it. While anger is there, look at that, too. But after a while, you have to look at something else.” – Thylias Moss

“If you are patient in one moment of anger, you will escape a hundred days of sorrow.” – Chinese Proverb “People won’t have time for you if you are always angry or complaining.” – Stephen Hawking

“Keep your temper. A decision made in anger is never sound.” – Ford Frick

“Expressing anger is a form of public littering.” – Willard Gaylin

“Anger is a momentary madness, so control your passion or it will control you.” – G. M. Trevelyan

“Anger, if not restrained, is frequently more hurtful to us than the injury that provokes it.” – Lucius Annaeus Seneca

“Holding on to anger, resentment and hurt only gives you tense muscles, a headache and a sore jaw from clenching your teeth. Forgiveness gives you back the laughter and the lightness in your life.” – Joan Lunden

“Man should forget his anger before he lies down to sleep.” – Mahatma Gandhi “Anger is an expensive luxury in which only men of certain income can indulge.” – George William Curtis

“I get angry about things, then go on and work.” – Toni Morrison

“It is impossible for you to be angry and laugh at the same time. Anger and laughter are mutually exclusive and you have the power to choose either.” – Wayne Dyer

“There’s nothing wrong with anger provided you use it constructively.” – Wayne Dyer

“Anger is a killing thing: it kills the man who angers, for each rage leaves him less than he had been before – it takes something from him.” – Louis L’Amour

“Anger is an acid that can do more harm to the vessel in which it is stored than to anything on which it is poured.” – Mark Twain

“For every minute you remain angry, you give up sixty seconds of peace of mind.” – Ralph Waldo Emerson

“Anger is a wind which blows out the lamp of the mind.” – Robert Green Ingersoll “One of man’s greatest obligations is anger.” – Nikos Kazantzakis

“Anger is a short madness.” – Horace

“Anger… it’s a paralyzing emotion. You can’t get anything done.” – Toni Morrison

“Speak when you are angry and you will make the best speech you will ever regret.” – Ambrose Bierce

“If a small thing has the power to make you angry, does that not indicate something about your size?” – Sydney J. Harris

“Not the fastest horse can catch a word spoken in anger.” – Chinese Proverb

“Something my mum taught me years and years and years ago, is life’s just too short to carry around a great bucket-load of anger and resentment and bitterness and hatreds and all that sort of stuff.” – Kevin Rudd

“To be angry is to revenge the faults of others on ourselves.” – Alexander Pope “Anger begins with folly, and ends with repentance.” – Beverly Sills

“Americans are slow to anger, but once they do get angry, they are impossible to stop.” – Kathleen Troia McFarland

“It is wise to direct your anger towards problems – not people; to focus your energies on answers – not excuses.” – William Arthur Ward

“Never do anything when you are in a temper, for you will do everything wrong.” – Baltasar Gracian

“Anger is often more hurtful than the injury that caused it.”

“Whatever is begun in anger ends in shame.” – Benjamin Franklin

“A hand ready to hit, may cause you great trouble.”

“A man in a passion, rides a mad horse.” “Holding anger is a poison. It eats you from inside. We think that hating is a weapon that attacks the person who harmed us. But hatred is a curved blade. And the harm we do, we do to ourselves.” – Mitch Albom

“Anger is a valid emotion. It’s only bad when it takes control and makes you do things you don’t want to do.” – Ellen Hopkins

“Anger is one letter short of danger.” – Eleanor Roosevelt

“Exaggeration is truth that has lost its temper.” – Kahlil Gibran

“Every day we have plenty of opportunities to get angry, stressed or offended. But what you’re doing when you indulge these negative emotions is giving something outside yourself power over your happiness. You can choose to not let little things upset you.” – Joel Osteen

“The greatest remedy for anger is delay.” – Lucius Annaeus Seneca

“If you kick a stone in anger you will hurt your foot.” – Korean Proverb

“Anger is the enemy of non-violence and pride is a monster that swallows it up.” – Mahatma Gandhi

“The more anger towards the past you carry in your heart, the less capable you are of loving in the present.” – Barbara De Angelis

“Anybody can become angry – that is easy, but to be angry with the right person and to the right degree and at the right time and for the right purpose, and in the right way – that is not within everybody’s power and is not easy.” – Aristotle “The anger of the prudent never shows.”

“He who angers you conquers you.” – Elizabeth Kenny

“Where there is anger, there is always pain underneath.” – Eckhart Tolle

“Life is precious and there’s not a lot of room for anger.” – Fran Drescher

“Anger dwells only in the bosom of fools.” – Albert Einstein

“Never respond to an angry person with a fiery comeback, even if he deserves it… Don’t allow his anger to become your anger.” – Bohdi Sanders

“Anger is never without a reason, but seldom with a good one.” – Benjamin Franklin

“You can’t shake hands with a clenched fist.” – Indira Gandhi “Reacting in anger or annoyance will not advance one’s ability to persuade.” – Ruth Bader Ginsburg

“Holding on to anger is like grasping a hot coal with the intent of throwing it at someone else; you are the one who gets burned.” – Buddha

“A man can’t eat anger for breakfast and sleep with it at night and not suffer damage to his soul.” – Garrison Keillor

“Anger makes you smaller, while forgiveness forces you to grow beyond what you are.” – Cherie Carter-Scott

“The sharpest sword is a word spoken in wrath.”

“Do not teach your children never to be angry; teach them how to be angry.” – Lyman Abbott

“The opposite of anger is not calmness, its empathy.” – Mehmet Oz

“Anger is like those ruins which smash themselves on what they fall.” – Lucius Annaeus Seneca

“Anger and intolerance are the enemies of correct understanding.” – Mahatma Gandhi “I think, often, when you are in just a lot of pain, it comes out as anger.” – Nell Hudson

“Anger is a great force. If you control it, it can be transmuted into a power which can move the whole world.” – William Shenstone

“Anger is never without an argument, but seldom with a good one.” – George Savile

“A little anger is a good thing if it isn’t on your own behalf, if it’s for others deserving of your anger, your empathy.” – David Simon

“Anger has a way of seeping into every other emotion and planting itself in there.” – Dane Cook

“You can survive with anger, but you can’t live with it forever.” – Ariel Dorfman

“A lot of artists think they want anger. But a real, strong, bitter anger occupies the mind, leaving no room for creativity.” – David Lynch

“There was never an angry man that thought his anger unjust.” – Saint Francis de Sales “When you learn that a truth is a lie, anger follows.” – Grace Slick

“Sometimes with anger you can be much more dangerous than with skill.” – Mathieu Amalric

“Acting in anger and hatred throughout my life, I frequently precipitated what I feared most, the loss of friendships and the need to rely upon the very people I’d abused.” – Luke Ford

“There’s a reason why anger, fear, and hatred are paths to the dark side: they all spring from a single source – the same source as a certain flavor of love. A dangerously sweet, addictive flavor.” – Matthew Stover

“A lot of people think they should be happy all the time. But the writer understands you need both. You need the whole piano: the richness of the whole human experience. Depression, suffering and anger are all part of being human.” – Janet Fitch

“Anger is one of the sinews of the soul.” – Thomas Fuller

“Anger can be a useful emotion; it’s built into our genetic code to help with self preservation. But it can also be destructive, even when it is justified.” – Michael Hayden

“An angry people cannot create anything that is not imbued with anger.” – John McAfee