75 Business Quotes-The journey to success in one that involves everybody but very few understands how to get there. A lot of people grope financially, trying very hard to makes ends meet but only end up in more debts. Some people are all out seeking opportunities in virtually every industry they hear there is money to be made but with nothing to show for it at the end. Others stick to what they know but still come up with just enough to survive.

Like Colin R. Davis puts it in his Business Quotes:

“The road to success and the road to failure are almost exactly the same.” 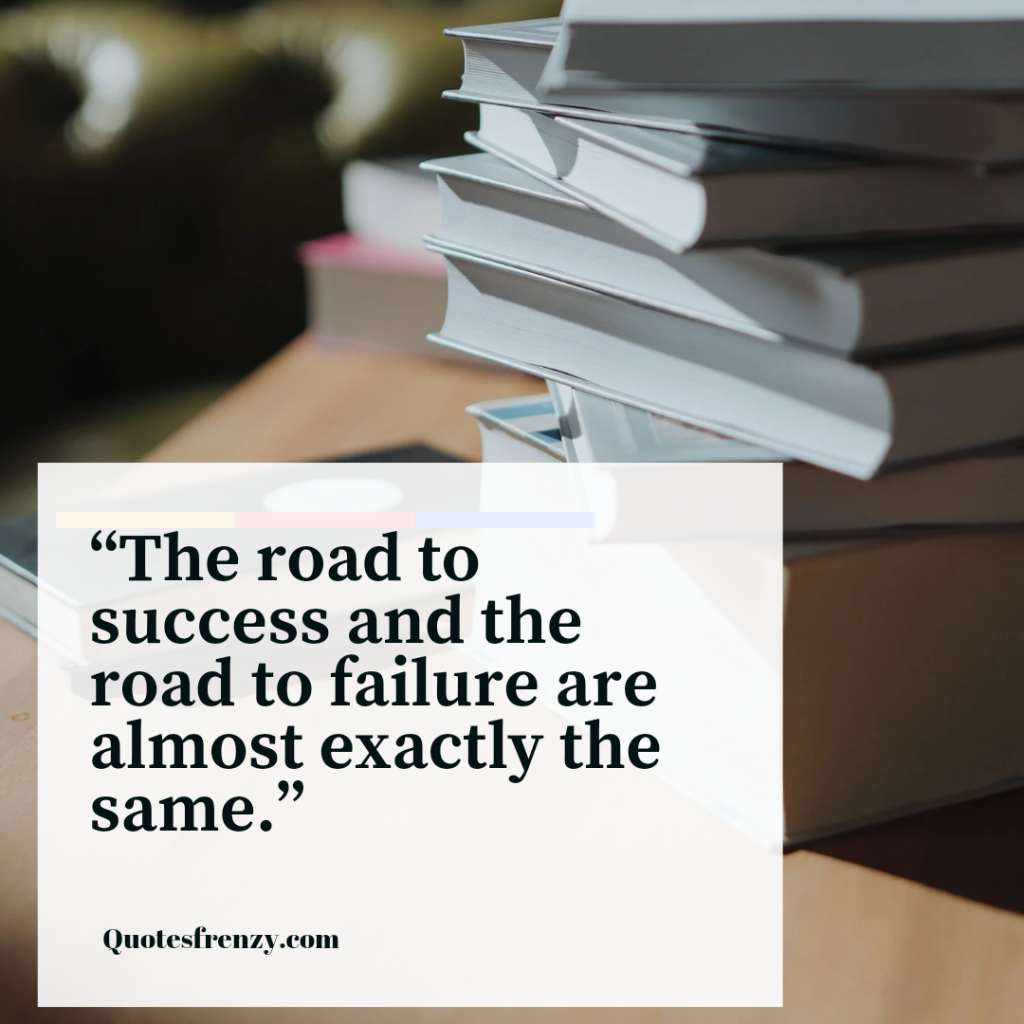 The question, therefore, is how does one peak performance?

“Your most unhappy customers are your greatest source of learning.” Bill Gates 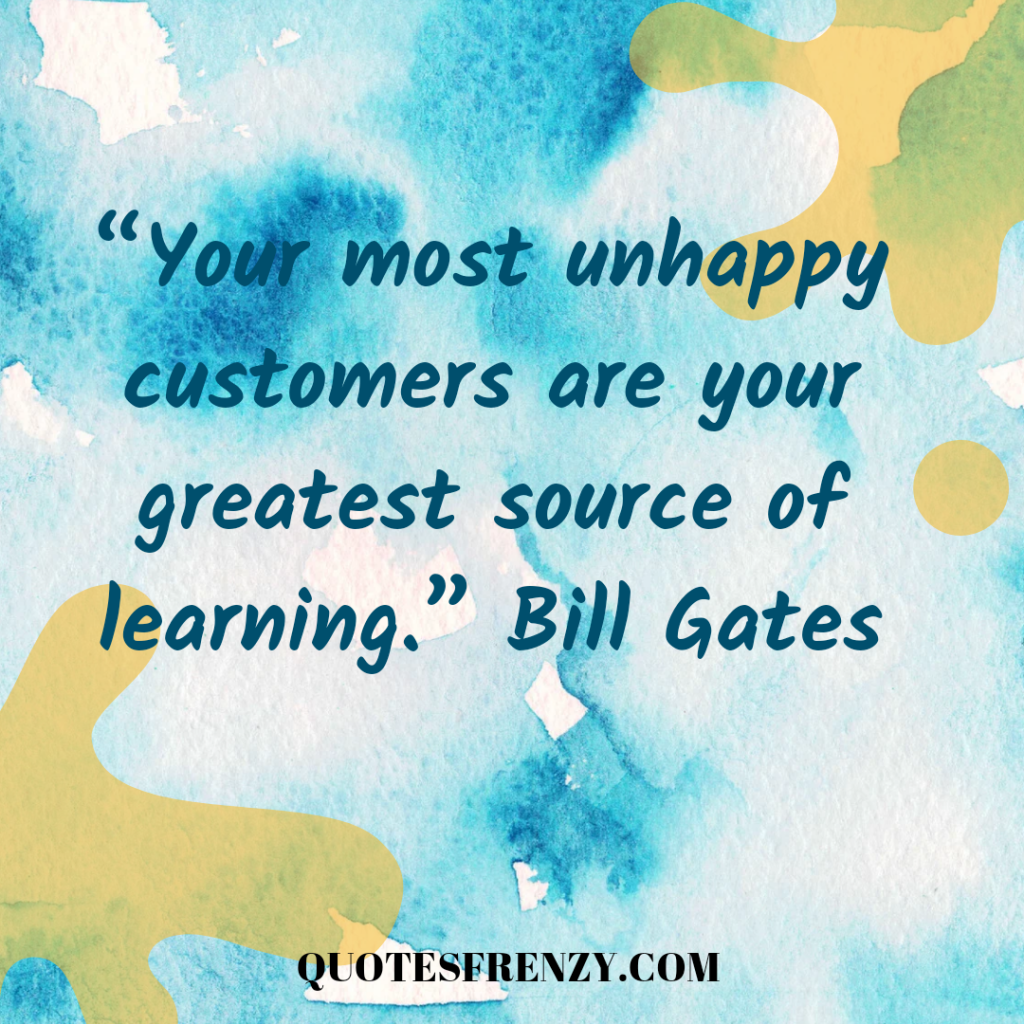 “In order to succeed, your desire for success should be greater than your fear of failure.” Bill Cosby

“A man should never neglect his family for business.” Walt Disney

“If your actions inspire others to dream more, learn more, do more and become more, you are a leader.”  John Quincy Adams, 6th President of the United States

“Every time we launch a feature, people yell at us.”  Angelo Sotira

“Be undeniably good. No marketing effort or social media buzzword can be a substitute for that.”  Anthony Volodkin, founder of Hype Machine

“What do you need to start a business? Three simple things: know your product better than anyone, know your customer, and have a burning desire to succeed.”  Dave Thomas, Founder of Wendy’s

“If you are not embarrassed by the first version of your product, you’ve launched too late.”  Reid Hoffman, co-founder of LinkedIn

“The value of an idea lies in the using of it.”  Thomas Edison, co-founder of General Electric

“The stars will never align, and the traffic lights of life will never all be green at the same time. The universe doesn’t conspire against you, but it doesn’t go out of its way to line up the pins either. Conditions are never perfect. ‘Someday’ is a disease that will take your dreams to the grave with you. Pro and con lists are just as bad. If it’s important to you and you want to do it ‘eventually,’ just do it and correct course along the way.”  Tim Ferriss, author of The 4-Hour Work Week

“Always look for the fool in the deal. If you don’t find one, it’s you.”  Mark Cuban, AXS TV Chairman and entrepreneur

“If you just work on stuff that you like and you’re passionate about, you don’t have to have a master plan with how things will play out.”  Mark Zuckerberg, founder of Facebook

“If you define yourself by how you differ from the competition, you’re probably in trouble.”  Omar Hamoui, co-founder of AdMob 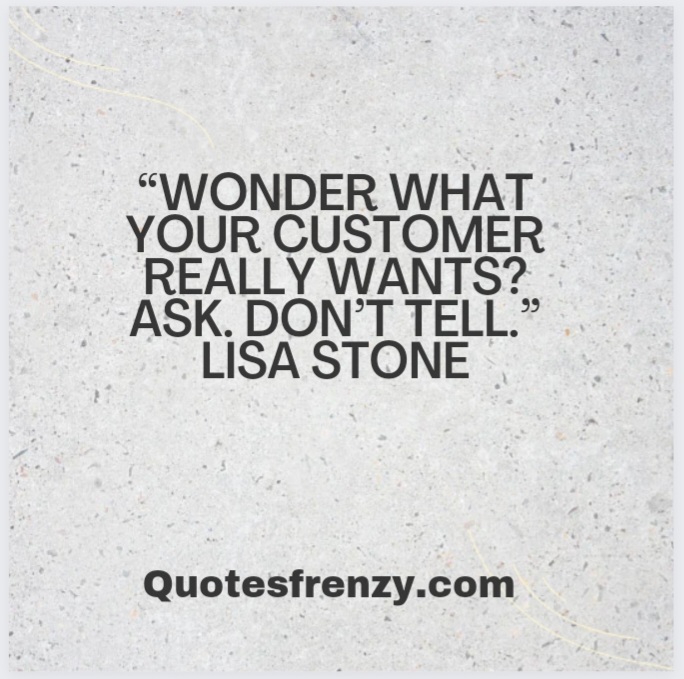 The Office Quotes And Sayings

“Our work is the presentation of our capabilities.” Edward Gibbon

“Never invest in a business you can’t understand.” Warren Buffett 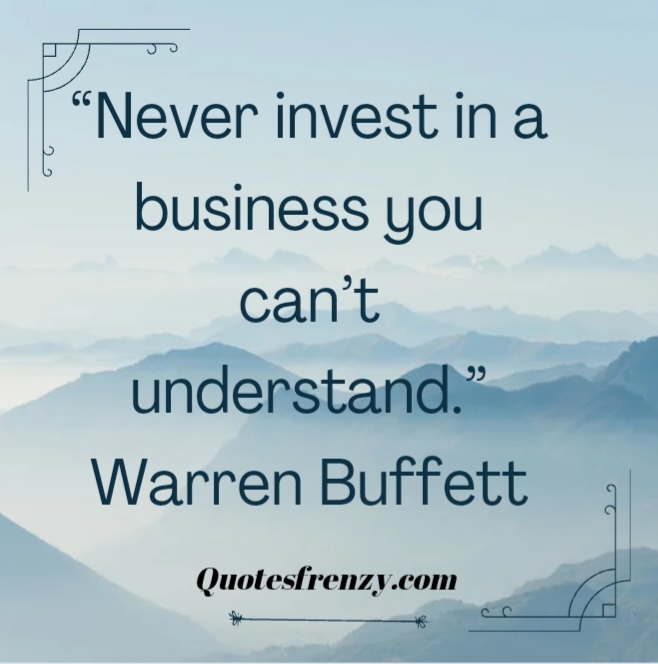 “You cannot design better products by staying in the office.” Tom Kelley

“The secret of change is to focus all your energy not on fighting the old but on building the new.”  Socrates, father of Western philosophy

“Don’t take too much advice. Most people who have a lot of advice to give — with a few exceptions — generalize whatever they did. Don’t over-analyze everything.  I myself have been guilty of over-thinking problems. Just build things and find out if they work.”  Ben Silbermann, founder of Pinterest

“What do you need to start a business? Three simple things: know your product better than anyone, know your customer, and have a burning desire to succeed.”  Dave Thomas, Founder of Wendy’s

“If you can’t feed a team with two pizzas, it’s too large.”  Jeff Bezos, Founder and CEO of Amazon

“If people like you, they’ll listen to you, but if they trust you, they’ll do business with you.” — Zig Ziglar, author, salesman, and motivational speaker

“If you are not embarrassed by the first version of your product, you’ve launched too late.”  Reid Hoffman, co-founder of LinkedIn

“The value of an idea lies in the using of it.”  Thomas Edison, co-founder of General Electric

“If you just work on stuff that you like and you’re passionate about, you don’t have to have a master plan with how things will play out.”  Mark Zuckerberg, founder of Facebook

“If you define yourself by how you differ from the competition, you’re probably in trouble.”  Omar Hamoui, co-founder of AdMob

“When you find an idea that you just can’t stop thinking about, that’s probably a good one to pursue.” Josh James, CEO and co-founder of Omniture 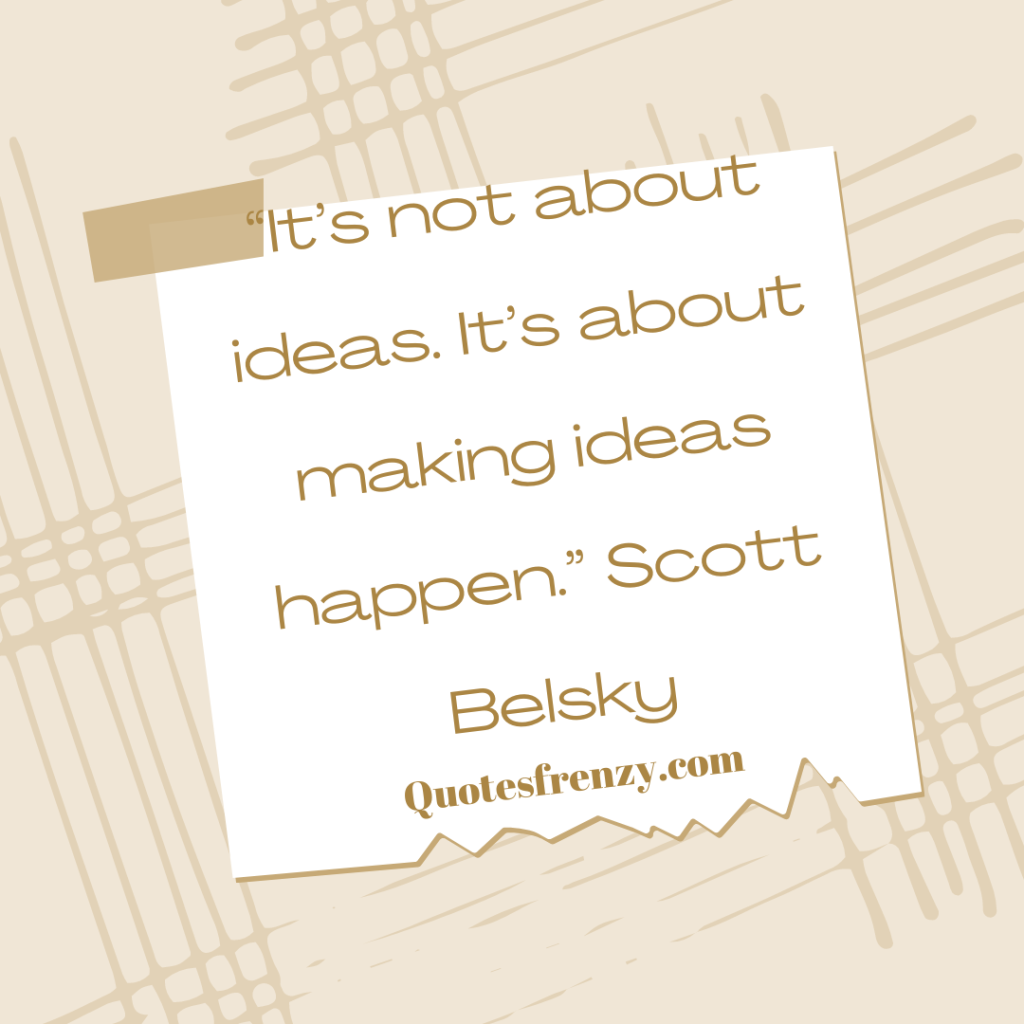 “Make the most of yourself by fanning the tiny, inner sparks of possibility into flames of achievement.” Golda Meir, fourth Prime Minister of Israel

“There’s nothing wrong with staying small. You can do big things with a small team.”  Jason Fried

“The fastest way to change yourself is to hang out with people who are already the way you want to be.” Reid Hoffman

“Chase the vision, not the money, the money will end up following you.” Tony Hsieh, CEO of Zappos

“The most dangerous poison is the feeling of achievement. The antidote is to every evening think what can be done better tomorrow.”  Ingvar Kamprad, founder of IKEA

“Get five or six of your smartest friends in a room and ask them to rate your idea.” Mark Pincus, CEO of Zynga

“Money is like gasoline during a road trip. You don’t want to run out of gas on your trip, but you’re not doing a tour of gas stations.”  Tim O’Reilly, founder

“Get big quietly, so you don’t tip off potential competitors.”  Chris Dixon

“Design is not just what it looks like and feels like. Design is how it works.”  Steve Jobs

“Character cannot be developed in ease and quiet. Only through experience of trial and suffering can the soul be strengthened, ambition inspired, and success achieved.”  Helen Keller 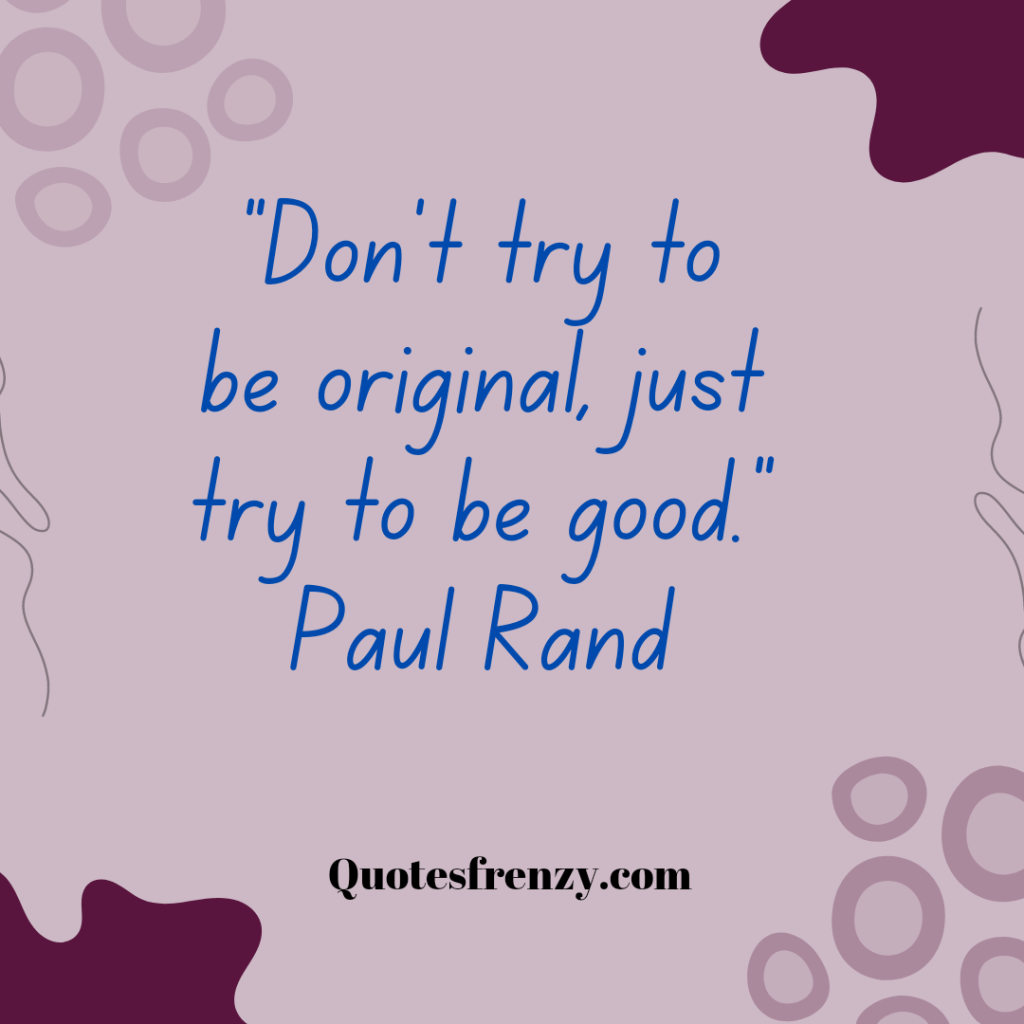 “Always think outside the box and embrace opportunities that appear, wherever they might be.”  Lakshmi Mittal, Chairman & CEO of ArcelorMittal

“Don’t worry about people stealing your design work. Worry about the day they stop.” Jeffrey Zeldman

“The last 10% it takes to launch something takes as much energy as the first 90%.”  Rob Kalin, founder of Etsy

“If you’re interested in the living heart of what you do, focus on building things rather than talking about them.”  Ryan Freitas

“Best startups generally come from somebody needing to scratch an itch.” Michael Arrington

“Some people dream of success, while other people get up every morning and make it happen.” Wayne Huizenga

“The purpose of a business is to create a customer.” Peter Drucker

“If I love you, what business is it of yours?” Johann Wolfgang von Goethe

“My own business always bores me to death; I prefer other people’s.” Oscar Wilde 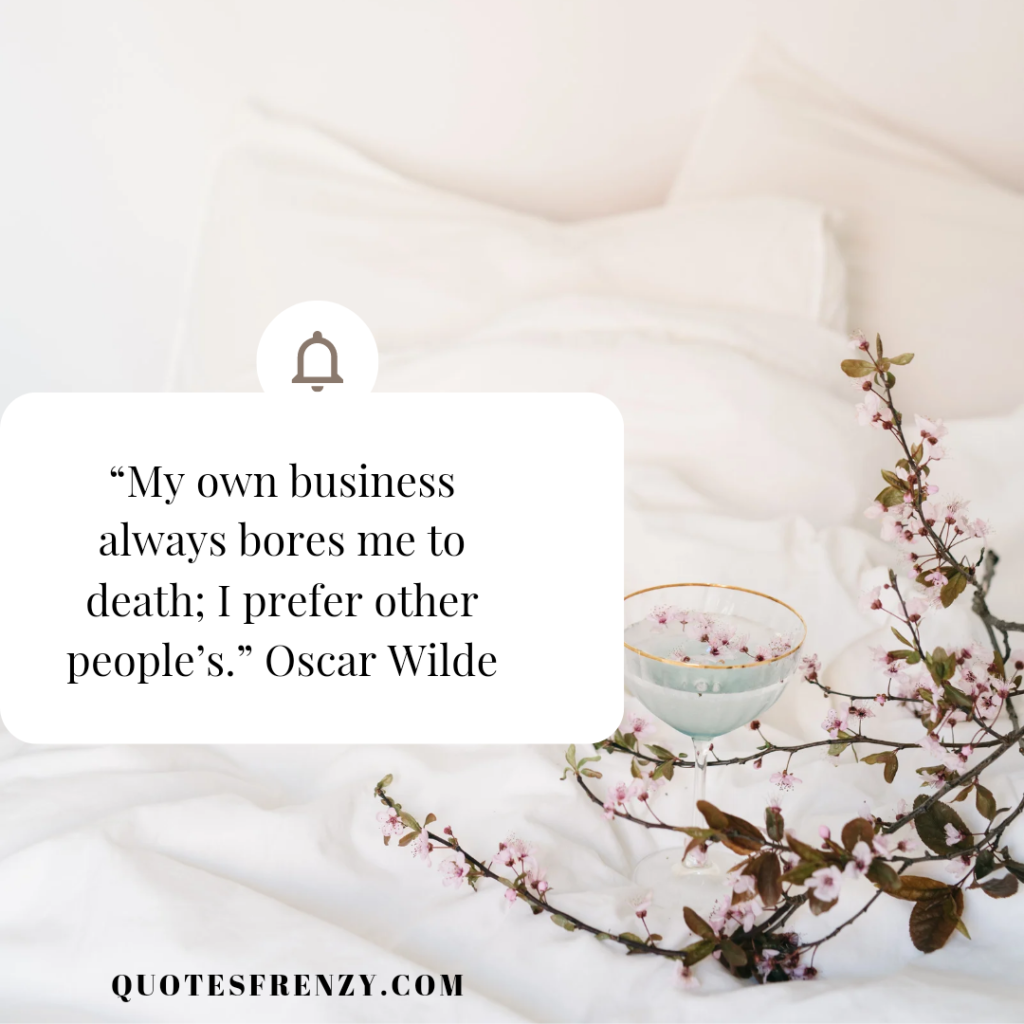 “The purpose of business is to create and keep a customer.” Peter F. Drucker

“In business, sir, one has no friends, only correspondents.” Alexandre Dumas

“A business has to be involving, it has to be fun, and it has to exercise your creative instincts.” Richard Branson

“Whenever you see a successful business, someone once made a courageous decision.” Peter F. Drucker

“A business absolutely devoted to service will have only one worry about profits. They will be embarrassingly large.” Henry Ford

“No secrecy, no business.” Toba Beta 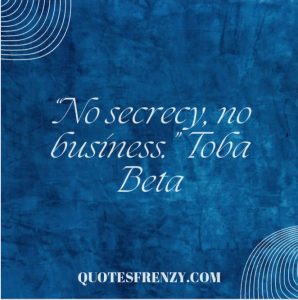 “An entrepreneur without funding is a musician without an instrument.” Robert A. Rice Jr.

“A small profit it better than a big loss.” Ron Rash, Serena

“The virtues of free enterprise can become distorted by greed & delusion.” Allan Lokos

“In the business world, there is no gray. Either you are black, or you are white-washed.” Sameer Kamat

“Great things in business are never done by one person. They’re done by a team of people.” Steve Jobs

“Making money is art and working is art and good business is the best art.” Andy Warhol

“A satisfied customer is the best business strategy of all.” Michael LeBoeuf

“Business has only two functions – marketing and innovation.” Milan Kundera

“Competition is the keen cutting edge of business, always shaving away at costs.” Henry Ford 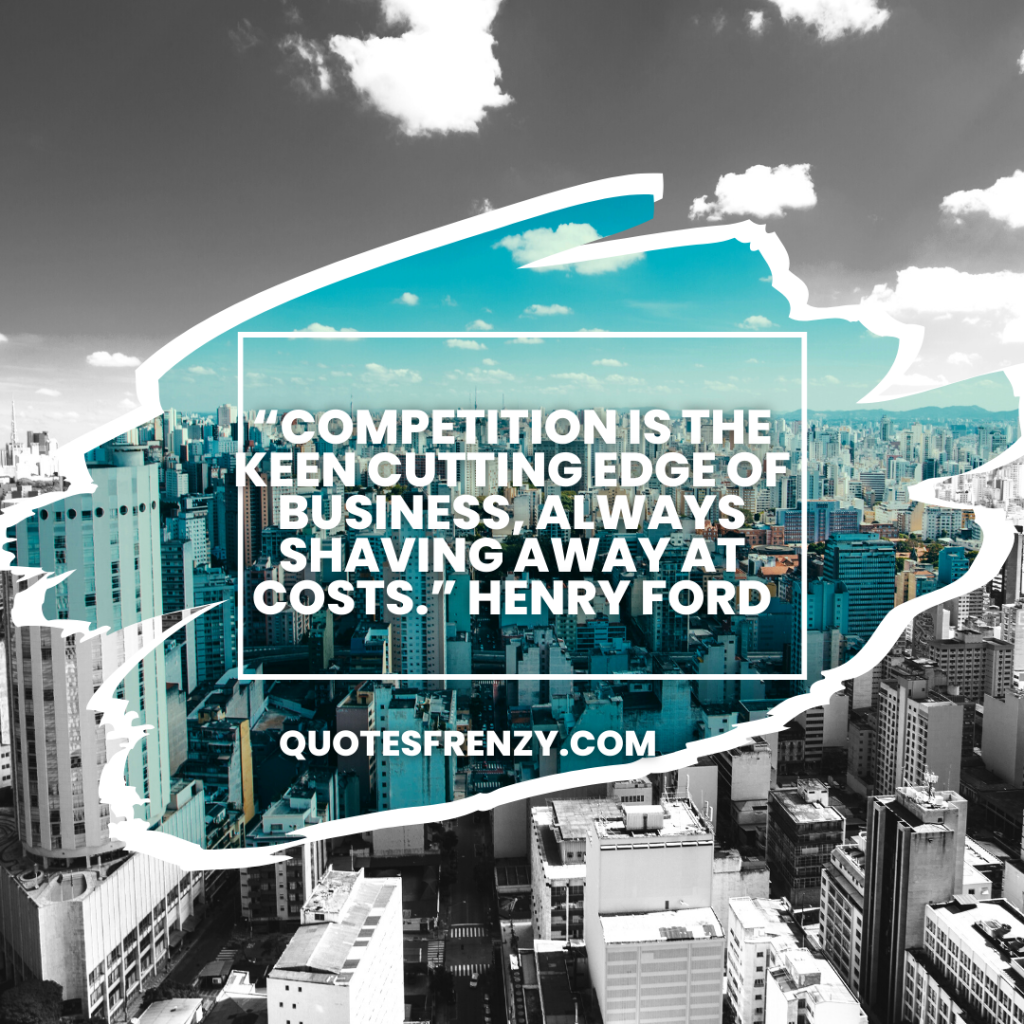 When an individual has too much to pay attention to; he ends up dissipating so much energy. A lack of concentration would eventually lead to confusion, frustration and dejection.

Sometimes people give in too quickly. To succeed in any enterprise takes consistency without hanging in the towel so soon.

Lack of integrity can bring you to the top so fast, but it would take integrity to remain there hence so many people come down faster that it took there to get there in the first place.

How to Cast Your Name on Stones: Keys to Peak Performance

Keys to Peak your Performance

Everyone has their areas of strength. Each person performs better at some task than the others. Some people are more analytical or in-depth while others are go-getters or more outspoken.

To excel at anything requires a continuous investment of time and energy it. Set goals for success. A goal helps you know where you want to be and how you intend to get there. Set 5, 10 and 20 years.

It is better to go with those who have travelled a route you are not familiar with, that way you learn from them the mistakes to avoid and the secret to succeeding in it.

Every trade has a secret and mentor can help you learn them. Also, seek formal learning to sharpen your skills.

Every venture has its challenges and pitfall; it is only those who stay in long enough that can reap the benefits.