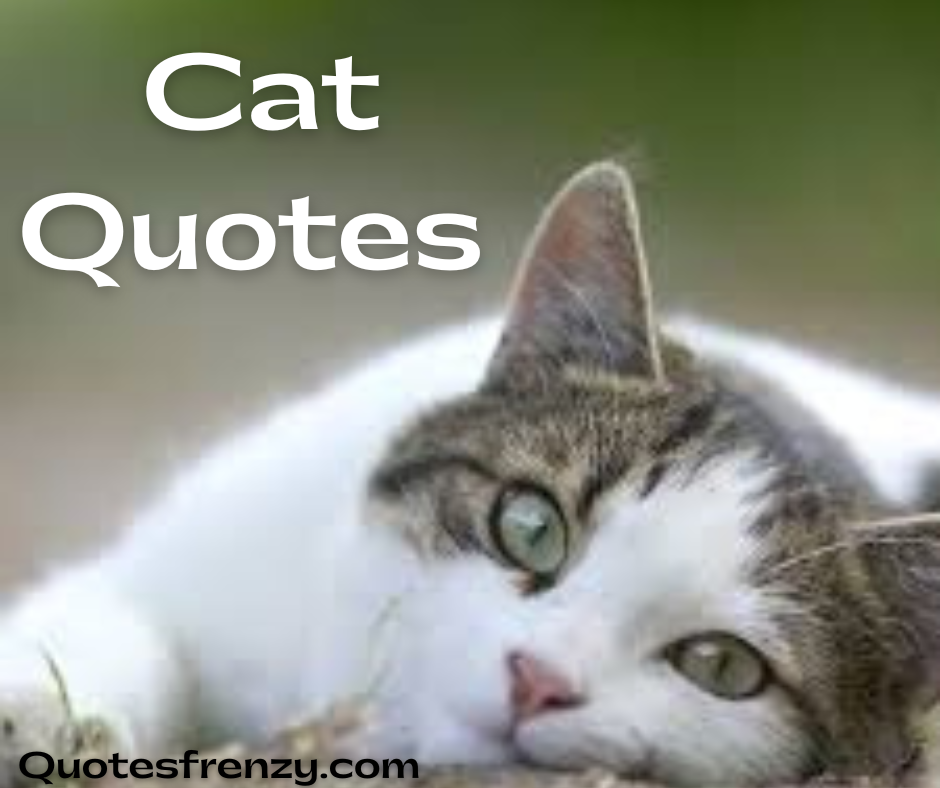 Cat Quotes-Cats are one of the most adorable pet animals. They have continued to serve human beings as the best friend at home. It is fun to keep the cats companion in the house; the place can be bed room as well.

It is very common to give certain human traits to the animals. Tags that cats get from human beings depend upon perception that a particular person holds. It is true that different people think differently about the cats. Few would think them to be the best companion, while there would be those who think cats must remain outside of the homes.

Well cats have also inspired politicians and celebrities to say something in their favour as well.

Here are the few famous quotes about cats that you may find true according to their nature. 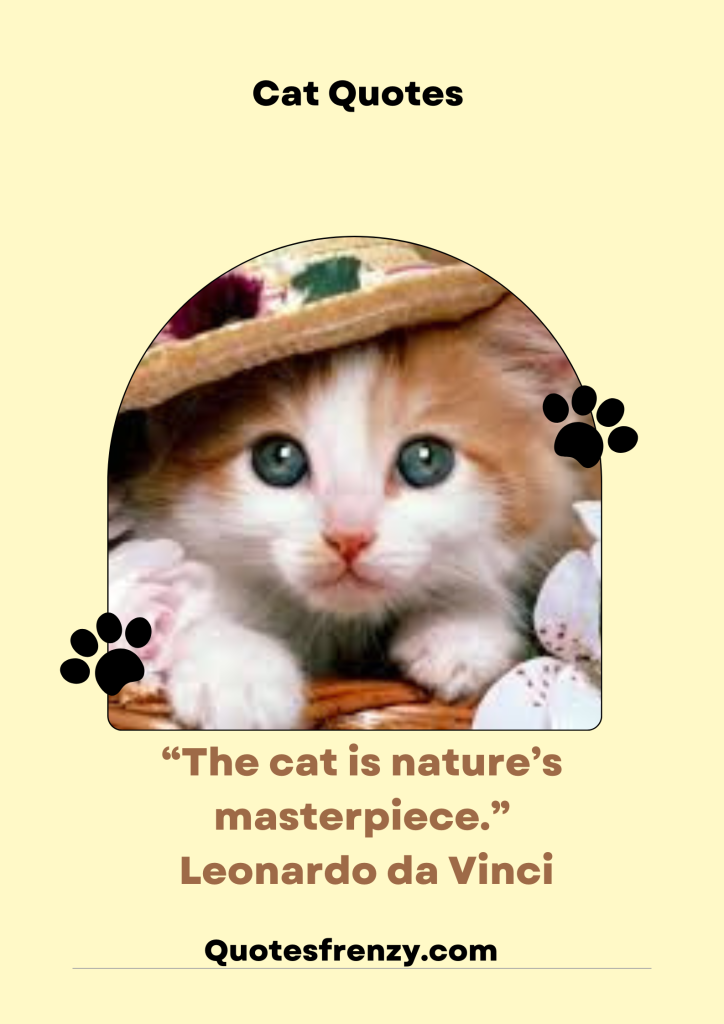 “Cats know not how to pardon.” Jean de La Fontaine

“All cats look gray in the dark.” Benjamin Franklin

“A cat is like a puzzle with no solution.” Anne Campbell

“In the dictionary of Cat, mercy is missing.” Jane Hirshfield

“No animal is a better judge of comfort than a cat.” James Herriot 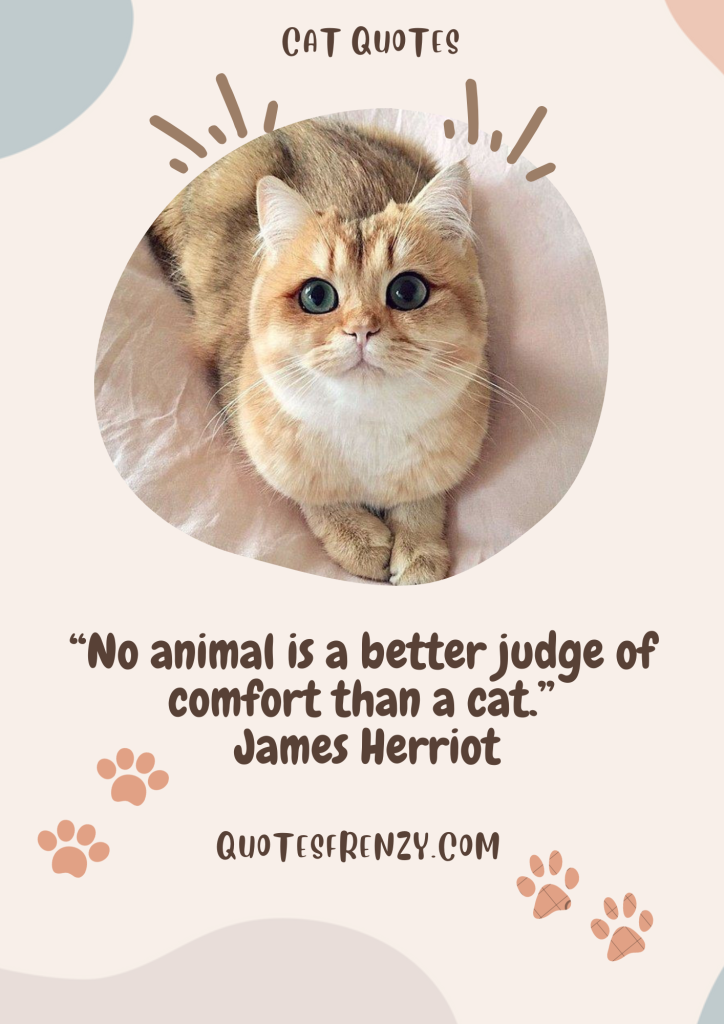 “Nobody keeps a cat. They condescend to live with you is all.” Del Shannon

“Cats know everything there is to know about meditation.” Veronique Vienne

“Cats always pick the laps of the people who don’t like them.” Barbara Mertz

“The cat does not offer services. The cat offers itself.” William S. Burroughs

“No favor can win gratitude from a cat.” Jean de La Fontaine

“Never ask a hungry cat whether he loves you for yourself alone.” Louis J. Camuti 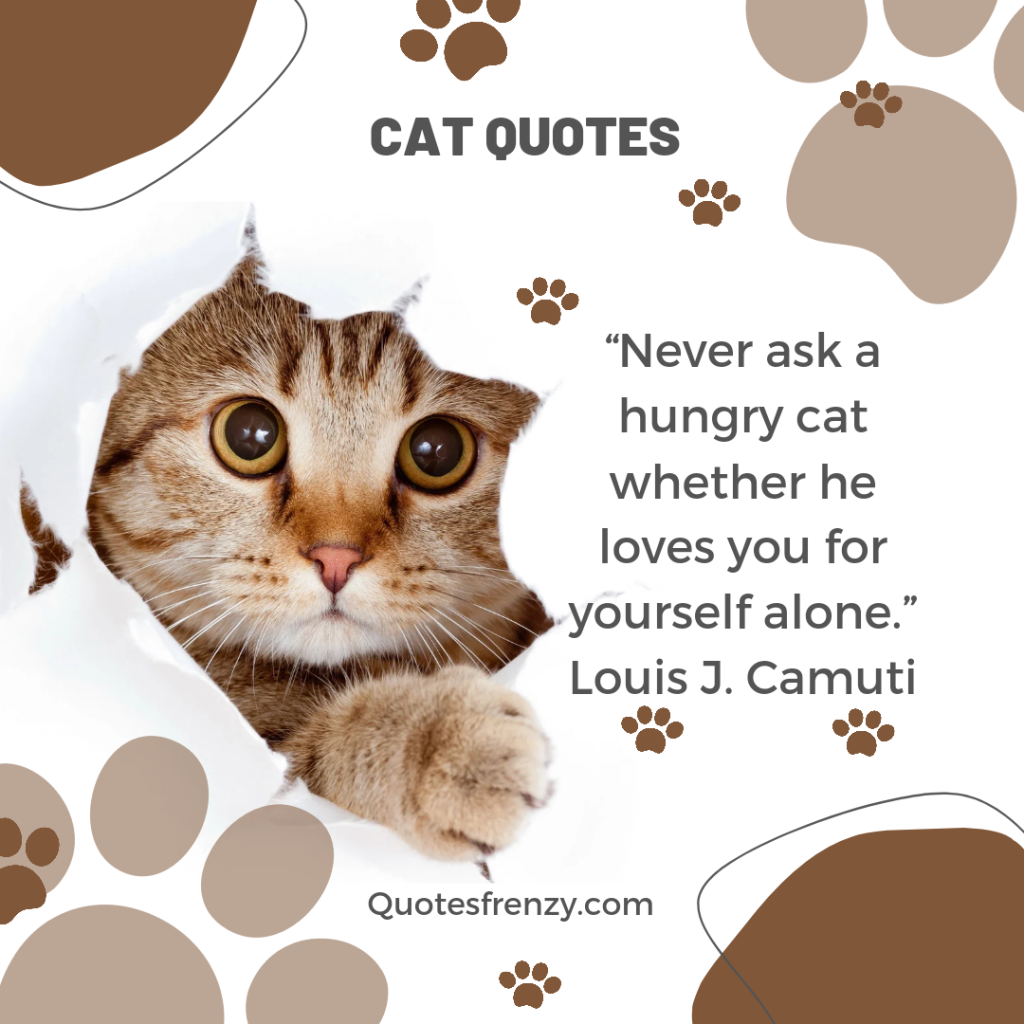 “Cats are kindly masters, just so long as you remember your place.” Paul Gray

“A kitten is in the animal world what a rosebud is in the garden.” Robert Southey

“You may own a cat, but cannot govern one.” Kate Sanborn

“Cats are only human, they have their faults.” Kingsley Amis

“A house is not a home without a cat.” Beth Campbell 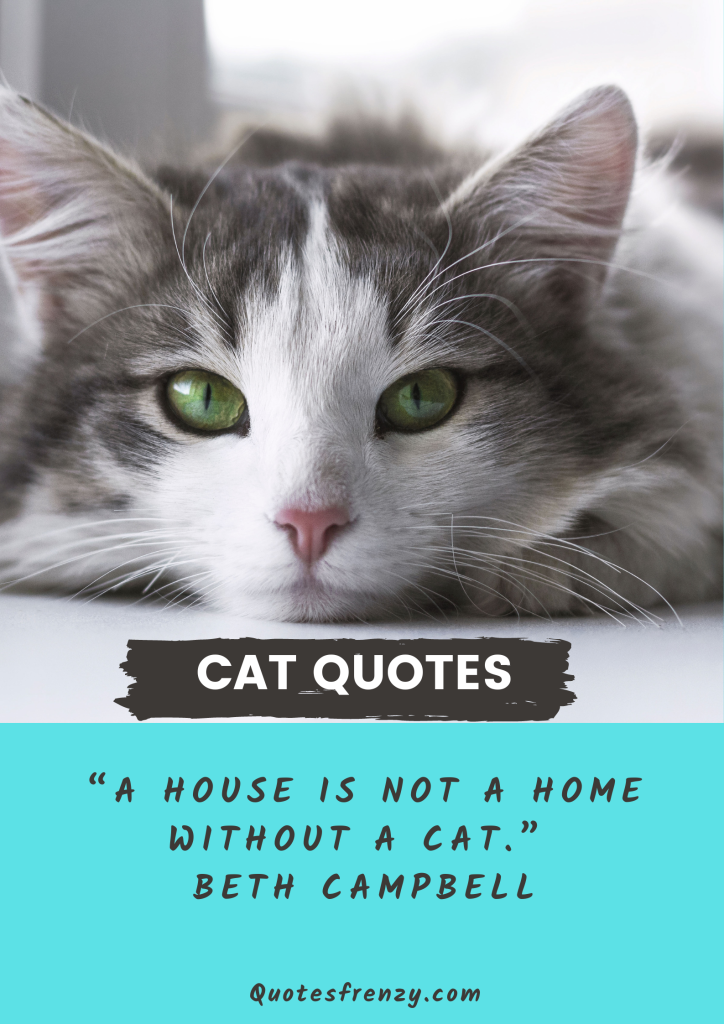 “One cat just leads to another.” Ernest Hemingway

“Cats are inquisitive, but hate to admit it.” Mason Cooley

“The cat always leaves a mark on his friend.” Aesop

“A cat will never drown if she sees the shore.” Francis Bacon

Famous American President Abraham Lincoln possessed four pet cats in White House. Perhaps, this is what made him to arrive at this conclusion about the cats. For Lincoln the cats know how to not give up on aim of life even in the time of turmoil and distress. Perhaps, Lincoln said this to make human beings realize that there should be enough common ground for moving forward; no matter how much differences exist. 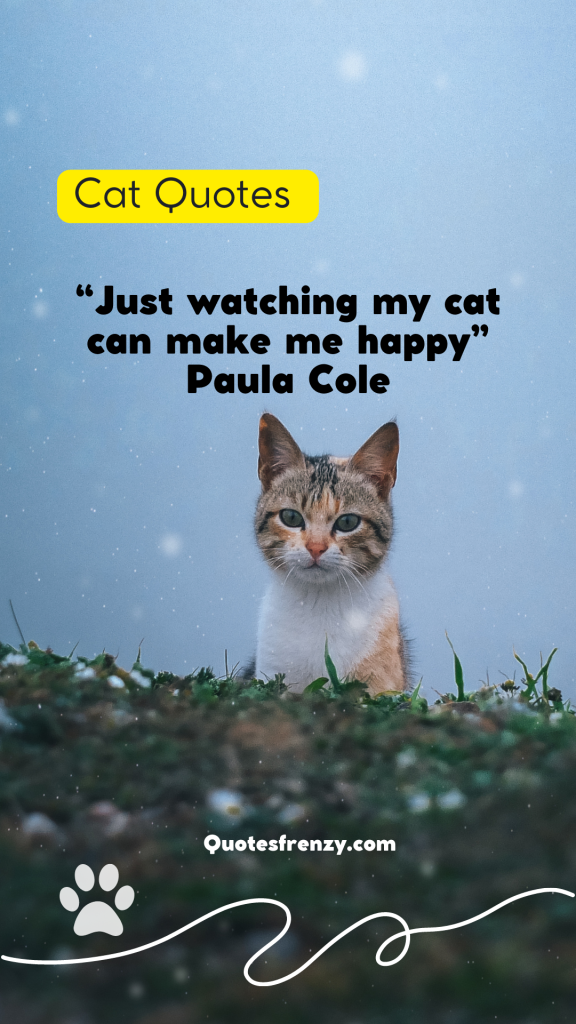 For many people it is enough to catch one glimpse of the cat to be happy. Reason is the cats can be anything; like a toddler to some mother or like a toy to some kid. The creature continues to amuse its owners in any way. It just brings ultimate pleasure and delight even if she is being so cold.

“In ancient times cats were worshipped as Gods, they have not forgot this” Terry Pratchett – Cat Quotes


In ancient Egypt cats were treated as Gods, only because they saved the crops from mice. It seems that trait has become deeply rooted into the very nature of this creature. That’s why it still loves to be treated as God.

Cats are famous for their cold attitude. They often impress their owners with wit and wisdom they possess. it is also said that cats surpass even philosophers in term of their intellect.