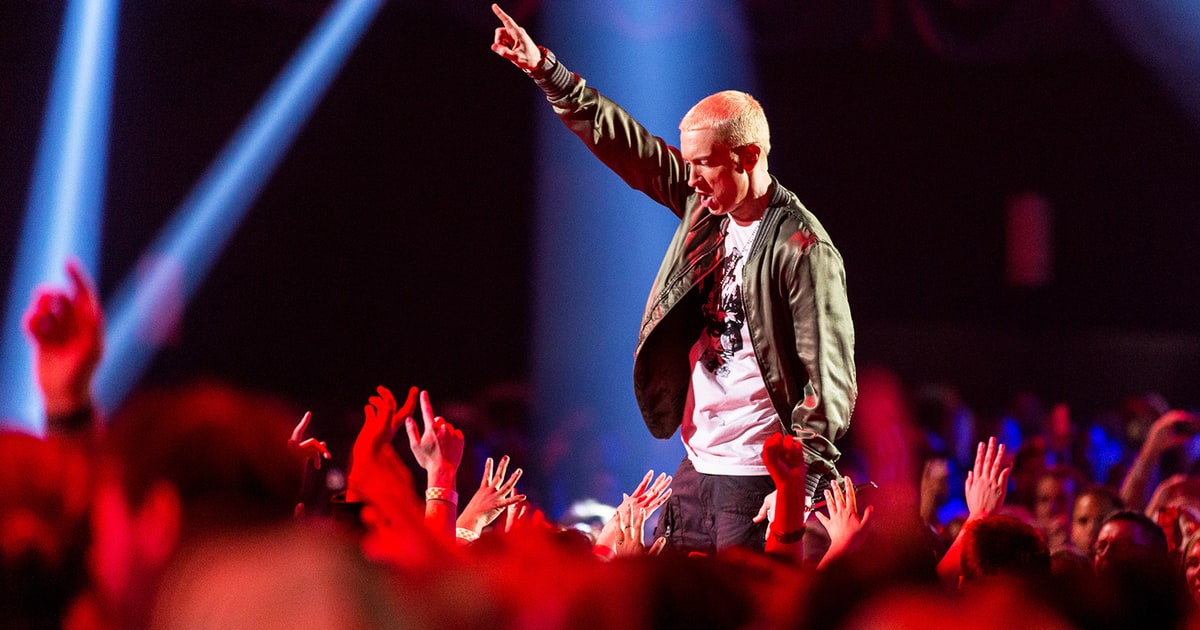 Looking for the best Eminem quotes? We’ve compiled a list of the top 70 Eminem quotes on life, music, success, failure and more.

“The truth is you don’t know what is going to happen tomorrow. Life is a crazy ride, and nothing is guaranteed.”

“You don’t get another chance, life is no Nintendo game.”

“If people take anything from my music, it should be motivation to know that anything is possible as long as you keep working at it and don’t back down.”

“But music is reflection of self, we just explain it, and then we get our checks in the mail.”

“I’ve been running a lot, taking care of myself.”

“Everybody has goals, aspirations or whatever, and everybody has been at a point in their life where nobody believed in them.”

“Nobody likes to fail. I want to succeed in everything I do, which isn’t much. But the things that I’m really passionate about, if I fail at those, if I’m not successful, what do I have?”

“These times are so hard, and they’re getting even harder.”

“I was poor white trash, no glitter, no glamour, but I’m not ashamed of anything.”

“Love is just a word, but you bring it definition.”

“You can make something of your life. It just depends on your drive.”

“Don’t ever try to judge me dude, you don’t know what the f**k I’ve been through.”

“Well, I’m working all the time to stay out of trouble!”

“Trust is hard to come by. That’s why my circle is small and tight. I’m kind of funny about making new friends.”

“You’ve got enemies? Good, that means you actually stood up for something.”

“If you’re the parent, be a parent. You know what I mean? I’m a parent. I have daughters.”

“I always say this about my music, and music in general: Music is like a time capsule. Each album reflects what I’m going through or what’s going on in my life at that moment.”

“In my mind I’ma fighter, my heart’s a lighter, my soul is the fluid. My flow sparks it right up.”

“I’ve accomplished enough with the music that I haven’t had to go out there and do other things to over-saturate.”

“We sing for these kids who don’t have a thing.” “It feels good to have your work respected again.”

“I don’t think I’ve ever read poetry, ever. I’m not really book-smart.”

“To the people I forgot, you weren’t on my mind for some reason and you probably don’t deserve any thanks anyway.”

“Hip-hop saved my life, man. It’s the only thing I’ve ever been even decent at. I don’t know how to do anything else.”

“Behind every successful person lies a pack of haters.”

“I want to keep making records as long as I can, but I don’t know how long you can be taken seriously in rap.”

“Somewhere deep down there’s a decent man in me, he just can’t be found.”

“Sometimes I feel like rap music is almost the key to stopping racism.” “You know, fame is a funny thing, man, especially, you know, actors, musicians, rappers, rock singers, it’s kind of a lifestyle and it’s easy to get caught up in it – you go to bars, you go to clubs, everyone’s doing a certain thing… It’s tough.”

“It was my decision to get clean, I did it for me. Admittedly I probably did it subliminally for you.”

“I need to keep working on myself for a while.”

“The moment I used my adversity to my advantage, my career exploded.”

“I always wished for this, but it’s almost turning into more of a nightmare than a dream.”

“Why is it so hard for people to believe that white people are poor?! I wouldn’t say I lived in a ghetto; I’d say I lived in the ‘hood. The same friends I had back then are the same people on tour with me now.”

“I don’t hate women – they just sometimes make me mad.”

“I always try to be smart. I try to treat all the money I’m making like it’s the last time I’m going to make it.”

“My only scheme was to be a rapper.” “It creeps me out sometimes to think of the person I was. I was a terrible person. I was mean to people.”

“I think my first album opened a lot of doors for me to push the freedom of speech to the limit.”

“I want to solidify as an artist and show that as I grow as a person and make mistakes and learn from them, I’m going to grow artistically.”

“Now that I understand that I’m an addict, I definitely have compassion for my mother. I get it.”

“I don’t think I ever thought of myself as Superman. But there were people who thought of me that way, and maybe I believed them a little.”

“I try to treat all the money I’m making like it’s the last time I’m going to make it.”

“People can try to reinvent themselves. I don’t think you can really change who you are, though, because who you are is pretty much where you came from and what you’ve done up to now.”

“I am who I am and I say what I think. I’m not putting a face on for the record.”

“The emotions in a song – the anger, aggression – have got to be legitimate.”

“Look, if you had one shot, or one opportunity to seize everything you ever wanted in one moment. Would you capture it or just let it slip?” “I realized, ‘Yo, I can’t do anything in moderation. I don’t know how.”

“Ultimately, who you choose to be in a relationship with and what you do in your bedroom is your business.”

“The writing process, the way I go about it is I do whatever the beat feels like, whatever the beat is telling me to do. Usually when the beat comes on, I think of a hook or the subject I want to rap about almost instantly. Within four, eight bars of it playing I’m just like, ‘Oh, OK. This is what I wanna do.”

“We’ll walk this road together, through the storm. Whatever weather, cold or warm”

“I’m very much a creature of habit.”

“I don’t even know how to speak up for myself, because I don’t really have a father who would give me the confidence or advice. And if you’re always the new kid, you never get a chance to adapt, so your confidence is just zilch.”

“Before I was famous, when I was just working in Gilbert’s Lodge, everything was moving in slow motion.”

“Music is so therapeutic for me that if I can’t get it out, I start feeling bad about myself – a lot of self-loathing.”

“I do say things that I think will shock people. But I don’t do things to shock people. I’m not trying to be the next Tupac, but I don’t know how long I’m going to be on this planet. So while I’m here, I might as well make the most of it.” “I started learning how to not be so angry about things, learning how to count my f**ing blessings instead. By doing that, I’ve become a happier person, instead of all this self-loathing I was doing for a while.

“I’m just a little bit sicker than the average individual I think.”

“Cause sometimes, you just feel tired. Feel weak. And when you feel weak, you feel like you wanna just give up. But you gotta search within you. You gotta find that inner strength, and just pull that shit out of you. And get that motivation to not give up and not be a quitter.”

“Throughout my career, I fed off the fuel of people not being able to understand me.”

“You better lose yourself in the music. The moment, you own it, you better never let it go. You only get one shot, do not miss your chance to blow. This opportunity comes once in a lifetime, yo.”

“The album requires a certain focus of mine that I can’t really explain. Let’s just say it’s all I can really do while I’m doing it.”

“I don’t care if you’re black, white, straight, bisexual, gay, lesbian, short, tall, fat, skinny, rich or poor. If you’re nice to me, i’ll be nice to you. Simple as that!”

“Yeah, it’s been a ride I guess I had to go to that place to get to this one. Now some of you might still be in that place. If you’re trying to get out, just follow me, I’ll get you there.”