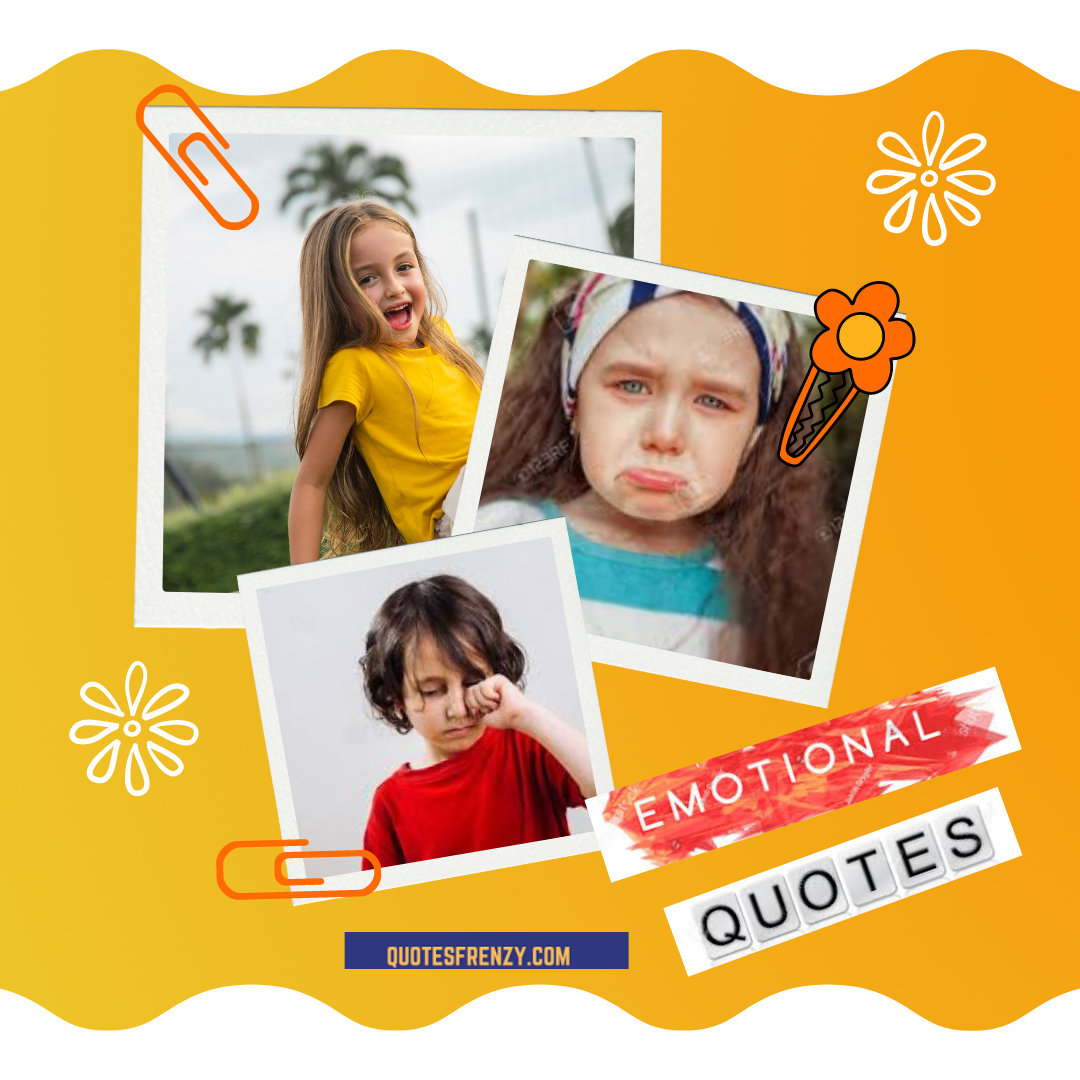 Emotional Quotes-It is very common for people to become the victim of emotional stress. Suffering is not limited to common men. Even, celebrities from various fields of life can’t emancipate themselves from emotional suffering.

It wouldn’t be wrong at all to say that emotions define the human beings. Emotionally distraught people often look for refuge in certain ideologues. They turn towards celebrities and heroes and try to follow their footsteps in this regard. In fact, many emotional quotes act as mental therapy for them.

People can also be interested in knowing, what famous people have to say about human emotions. They want to know about their approach in dealing with this mental distress. Here are the famous emotional quotes that can give you an idea about the ultimate state of human mind. 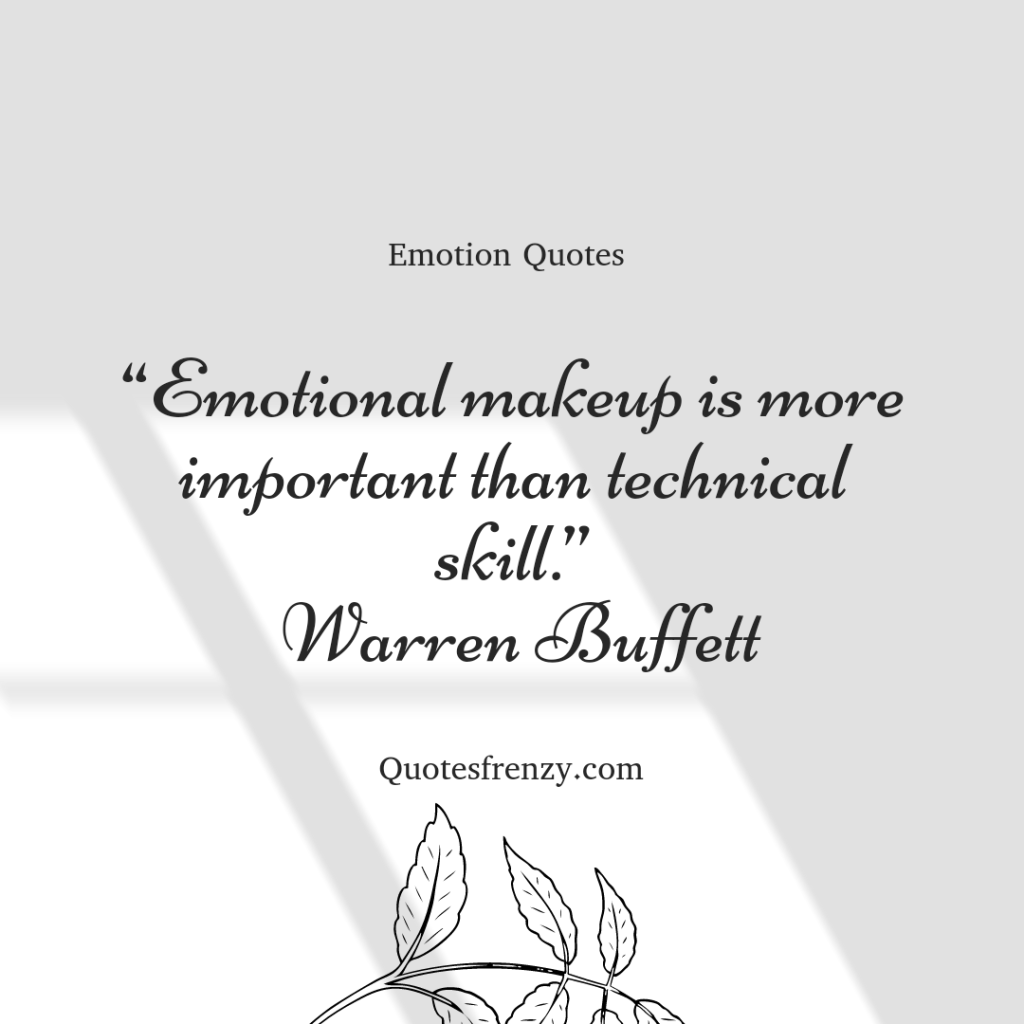 “Emotional power is maybe the most valuable thing that an actor can have.” Christopher Walken

“Owning a home is a keystone of wealth – both financial affluence and emotional security.” Suze Orman

“Gluttony is an emotional escape, a sign something is eating us.” Peter De Vries 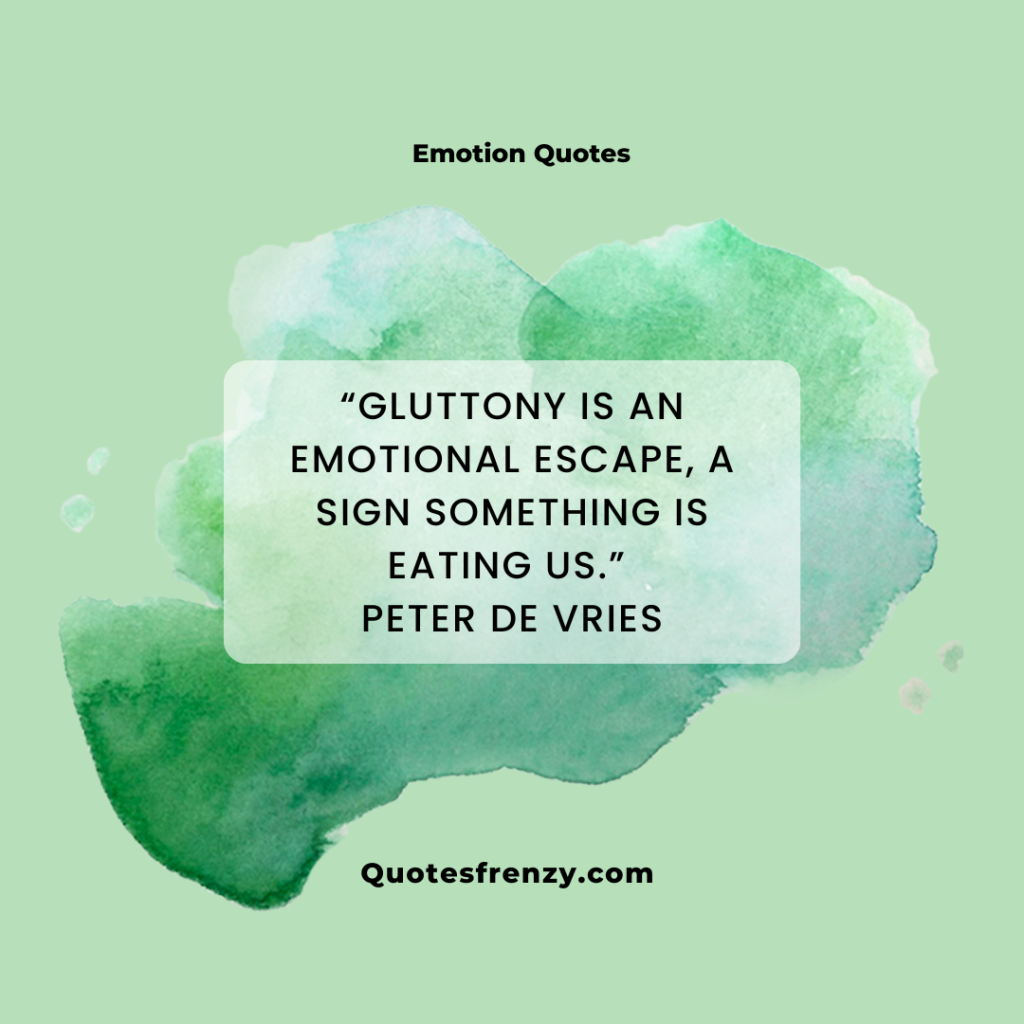 “Our emotional symptoms are precious sources of life and individuality.” Thomas More

“Never build your emotional life on the weaknesses of others.” George Santayana

“For a creative writer possession of the ‘truth’ is less important than emotional sincerity.” George Orwell 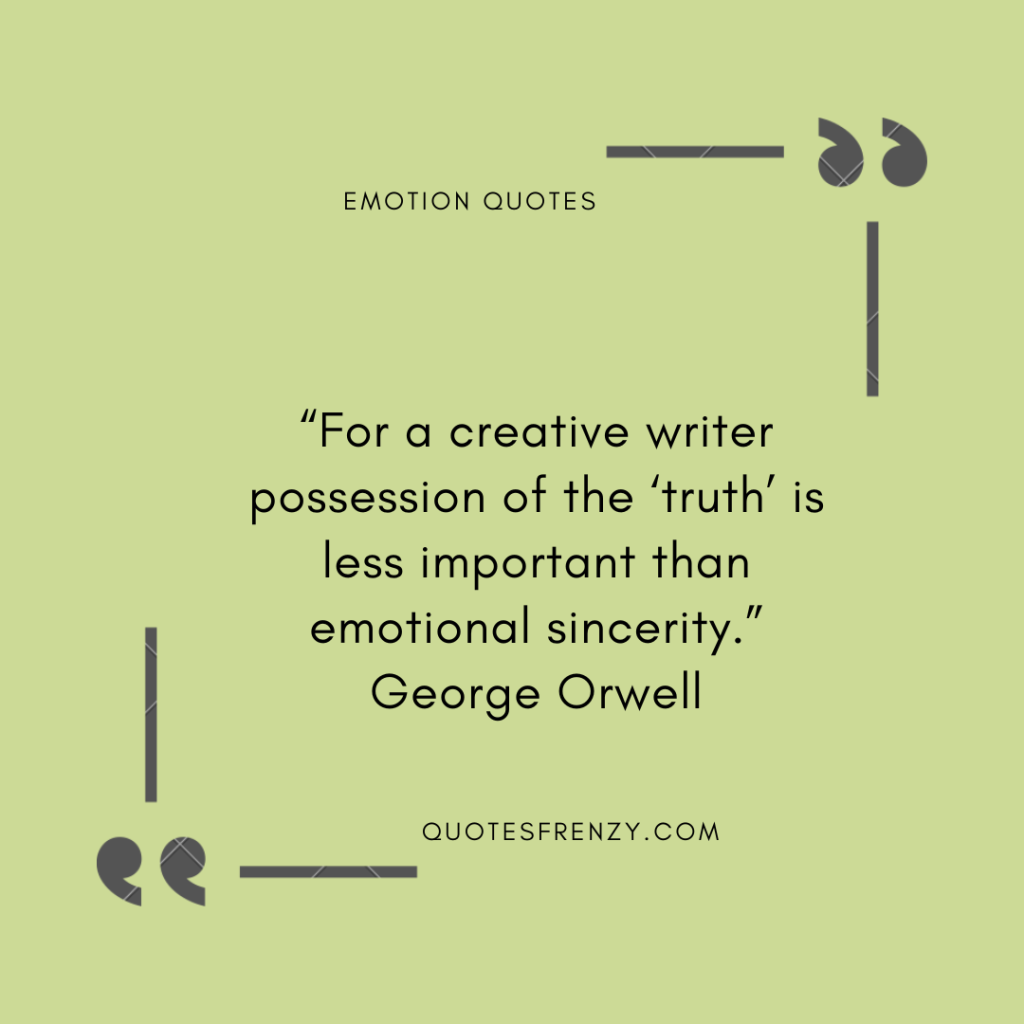 “Perhaps the better word is emotional yes, I am an emotional man” Gyorgy Ligeti

Recognise emotions as they start to arise and smile at yourself inwardly.
Juliet Adams

“The emotional brain responds to an event more quickly than the thinking brain.” Daniel Goleman

“When people are afraid, they make emotional decisions.” John Mellencamp 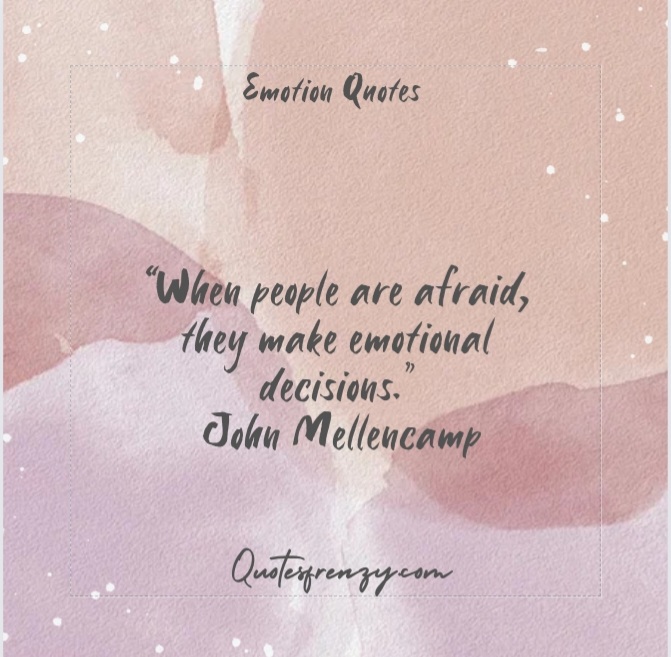 “Humans: such a brilliant model of emotional self-awareness.” Charles Stross

“The fundamental response to change is not logical, but emotional.” Tom DeMarco

“What matters is hard work, and emotional intelligence,” Millard Drexler 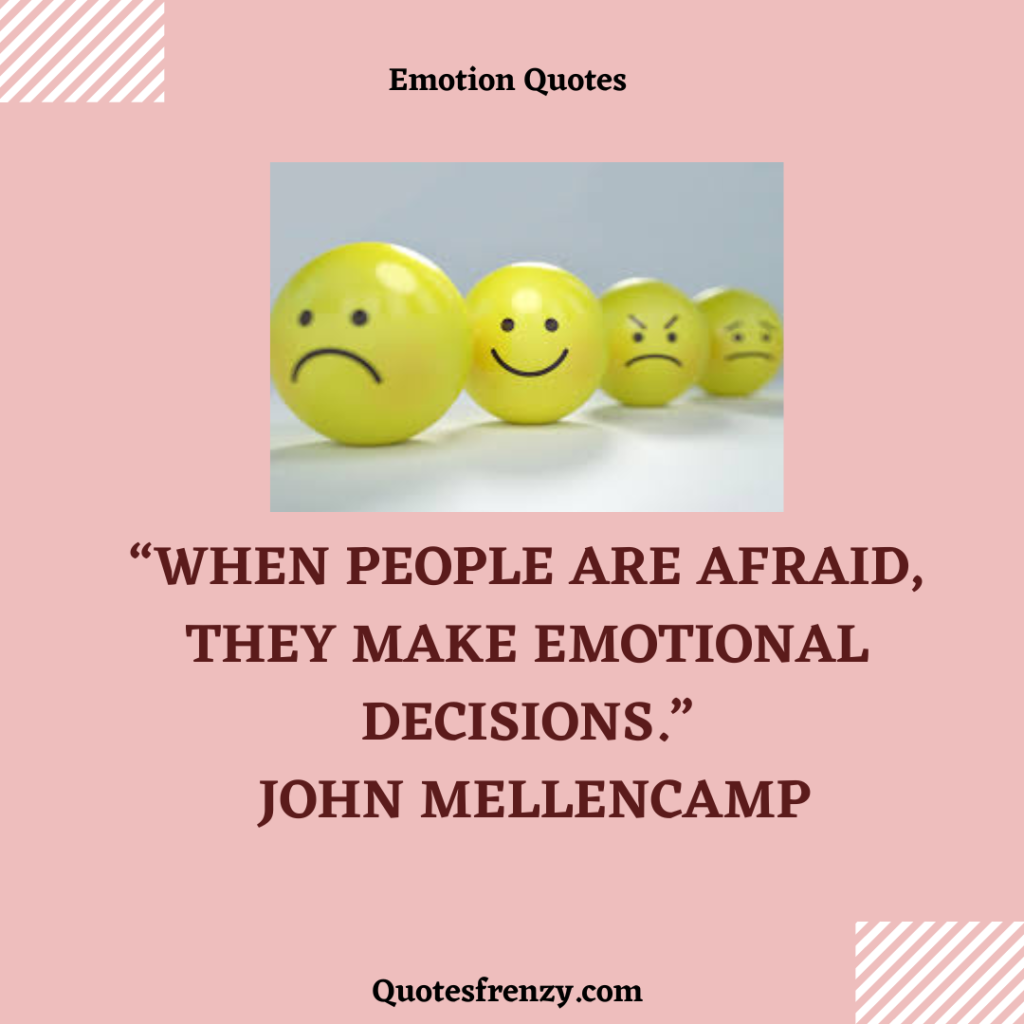 The elegant, classy and heart throb of millions; Marilyn Monroe has remained one of the most quoted holly wood actresses. The lady has remained in news more due to fluctuations in her personal life. She said “I am not a victim of conflict. I am human.” The quote simply reflects that being emotional is a strongly associated with being human. Hence, if a person suffers emotional stress then it is quite normal.

Oscar Wild is one of the most celebrated authors. The writer has captivated his readers since long. In his book The Picture of Dorian Gray, Oscar Wild says, I don’t want to be at the mercy of my emotions. I want to use them, enjoy them and to dominate them.

The author puts an emphasize on making the emotions a power. He says, emotions are something worth enjoying. They are not a burden or something that should make the man cumbersome. For him, emotions are worth dominating and need to be carried with fun.

At times emotions play a dual role; perhaps, this is their basic power. In his book “At First Sight”, Nicholas Spark has beautifully elaborated this idea with a quote. The author is right in his taken on impact that a same sort of emotion can make in different ways.

So, being emotional is quite normal thing. One just needs to control them