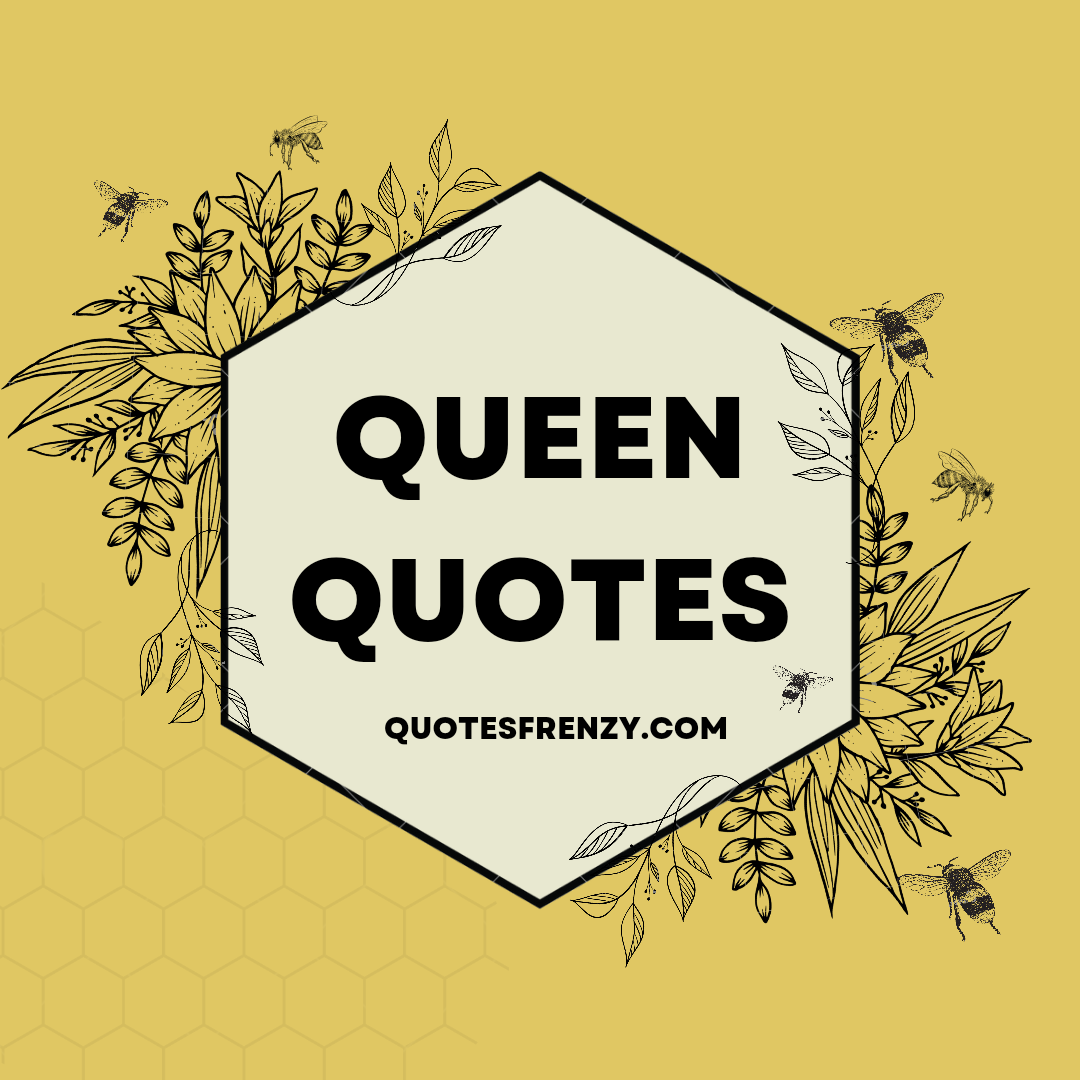 Queen Quotes-A woman loves and desires to be regarded and treated as a queen. She cherishes this in her heart and it gives her additional pride. Here, we will give you, the women especially, a tablet of Great Queen Quotes to take and get relieved and relaxed. We will focus on the great Queen Quotes from actual queens, celebrities, activities, socialist and more.

Think like a queen. A queen is not afraid to fail. Failure is another stepping stone to greatness – Oprah Winfrey 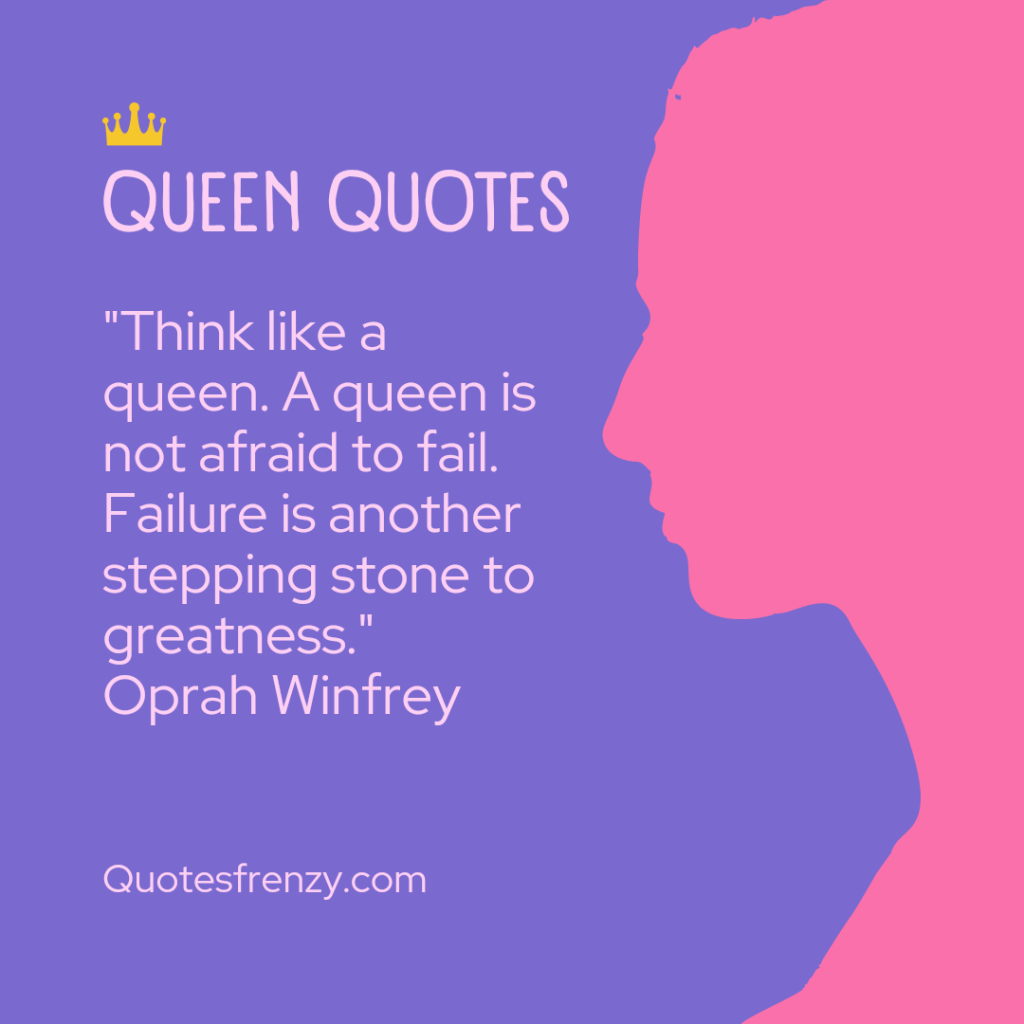 A great quote from Oprah Winfrey, the popular talk show host and activist. She encourages women to try even in the face of obstacles, as even in failure, they can attain their true potential.

An entertainer, who encourages the difference in women. In other words, women should learn to accept that they are not all alike and they should, as well, love themselves for who they are.

“To be a queen of a household is a powerful thing.” Jill Scott 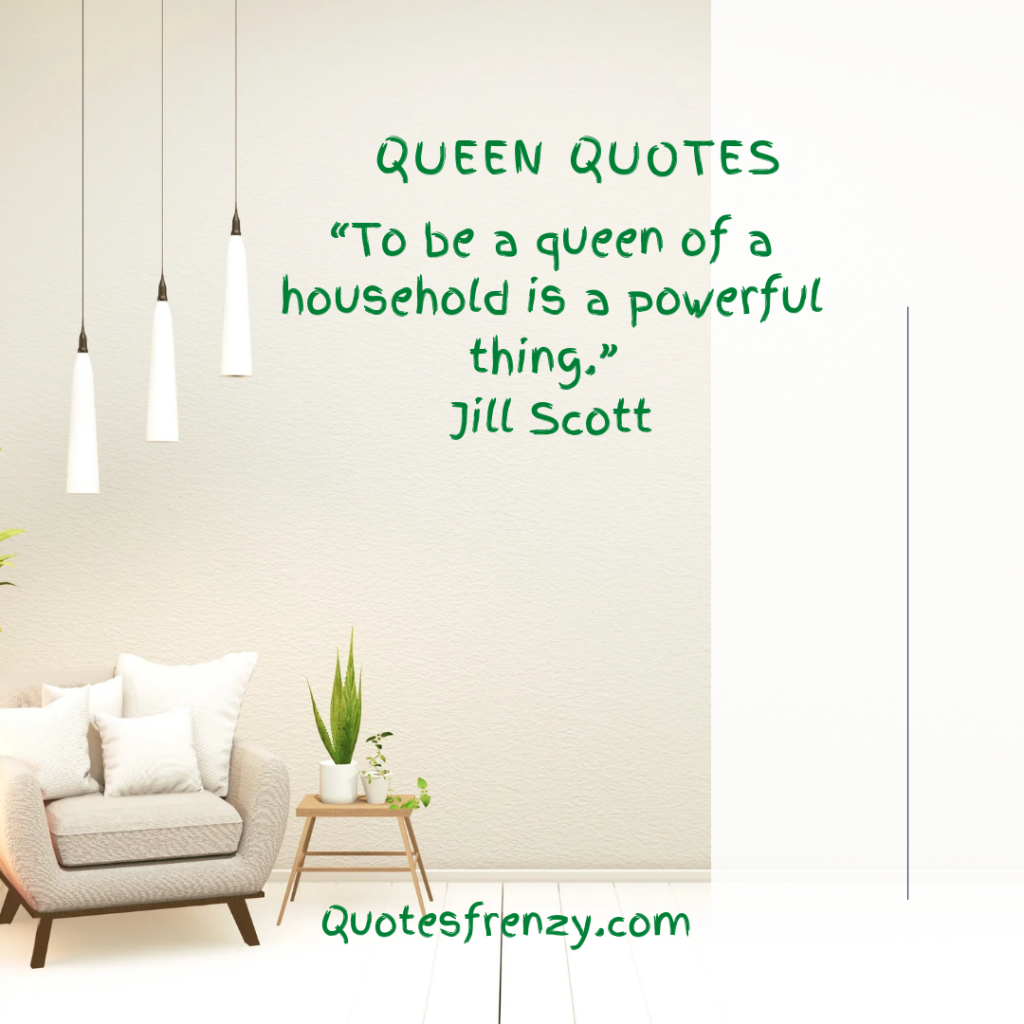 “Think like a queen. A queen is not afraid to fail. Failure is another steppingstone to greatness.” Oprah Winfrey

“A man who treats his women like a princess is proof that he was raised by a queen.” Wiz Khalifa

“The pearl is the queen of gems and the gem of queens.” Grace Kelly

“Every woman is a queen, and we all have different things to offer.” Queen Latifah 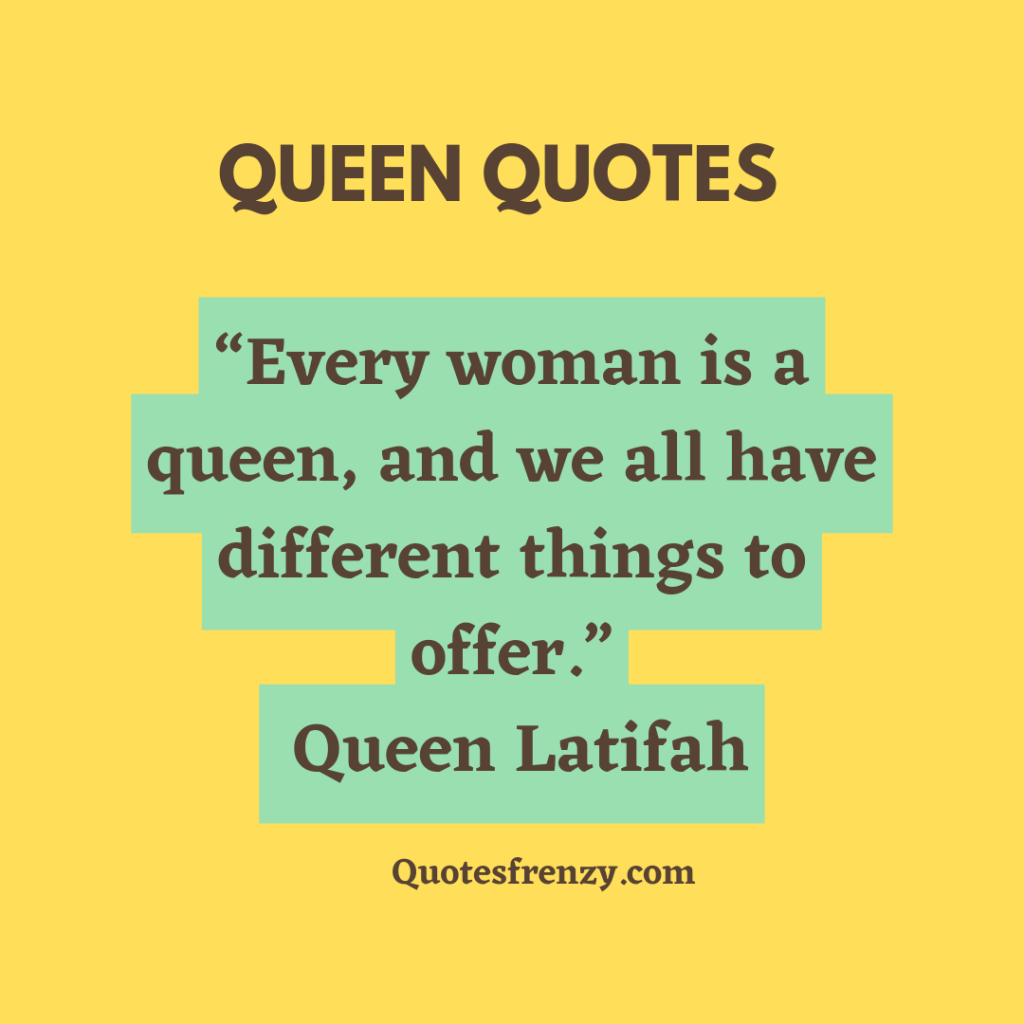 “I am a queen, and I demand to be treated like a queen.” Sheila Jackson Lee

“If one wants to be called a queen, one should act with civility and grace.” Jinkx Monsoon

“Every queen is a woman, but not every woman is a queen.” Mehmet Murat Ildan

“In my work and what I do, I am Queen of the Universe every day!” Lady Gaga 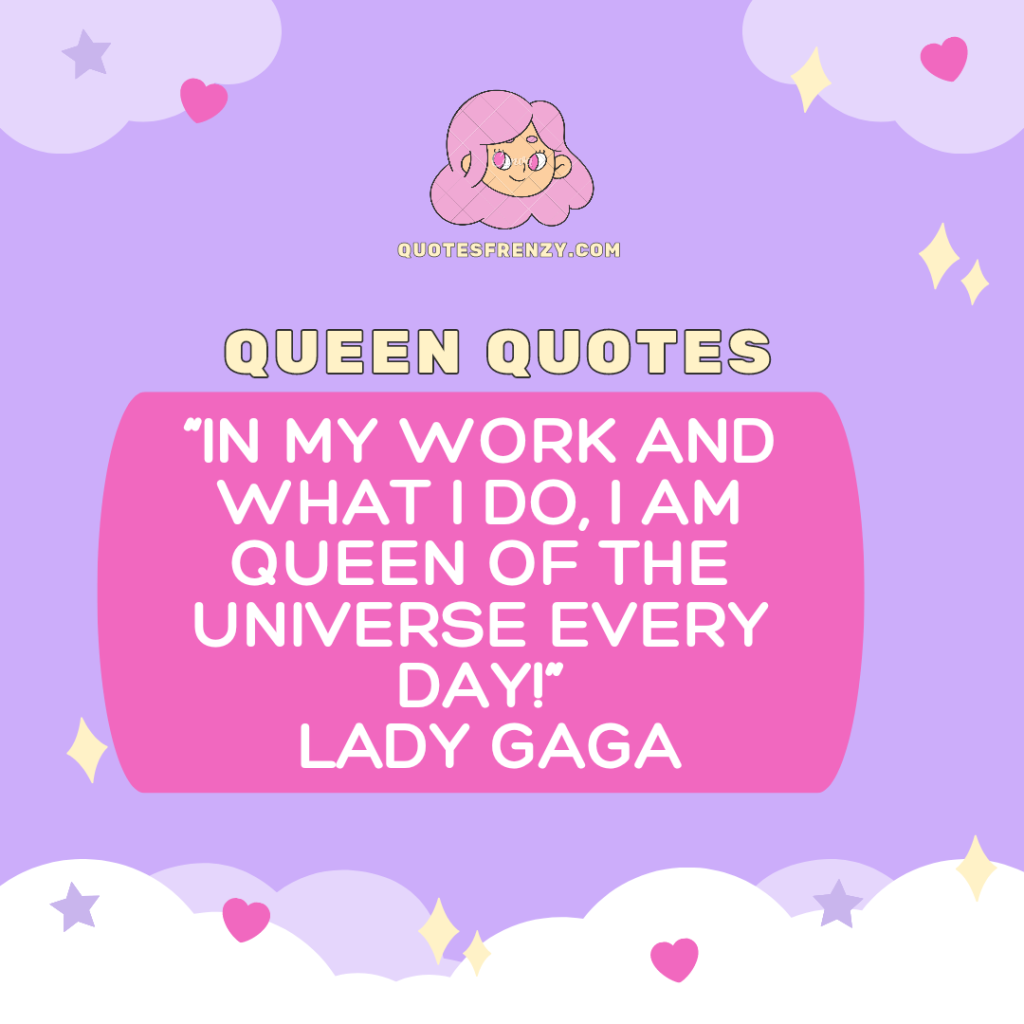 “You are a Queen. Let mine be the joy of giving you your kingdom.” Katherine Mansfield

“No Queen with a frozen heart is fit to rule any country.” L. Frank Baum

“I’d like to be queen of people’s hearts.” Princess Diana

“When the whole point of Queen was to be original.” Freddie Mercury

“The only thing I want to say is, I know I’m not Einstein, but I’m not the queen of the imbeciles either.” Vanessa Paradis

“In no man’s land, alien is the queen.” Toba Beta

“You better treat her like your queen, If you want to be treated like a king.” Moosa Rahat

“Be your own Queen of movement” Armin Houman

“If you want to be a King, you must first kneel before your Queen.” MissTammy Cantellia 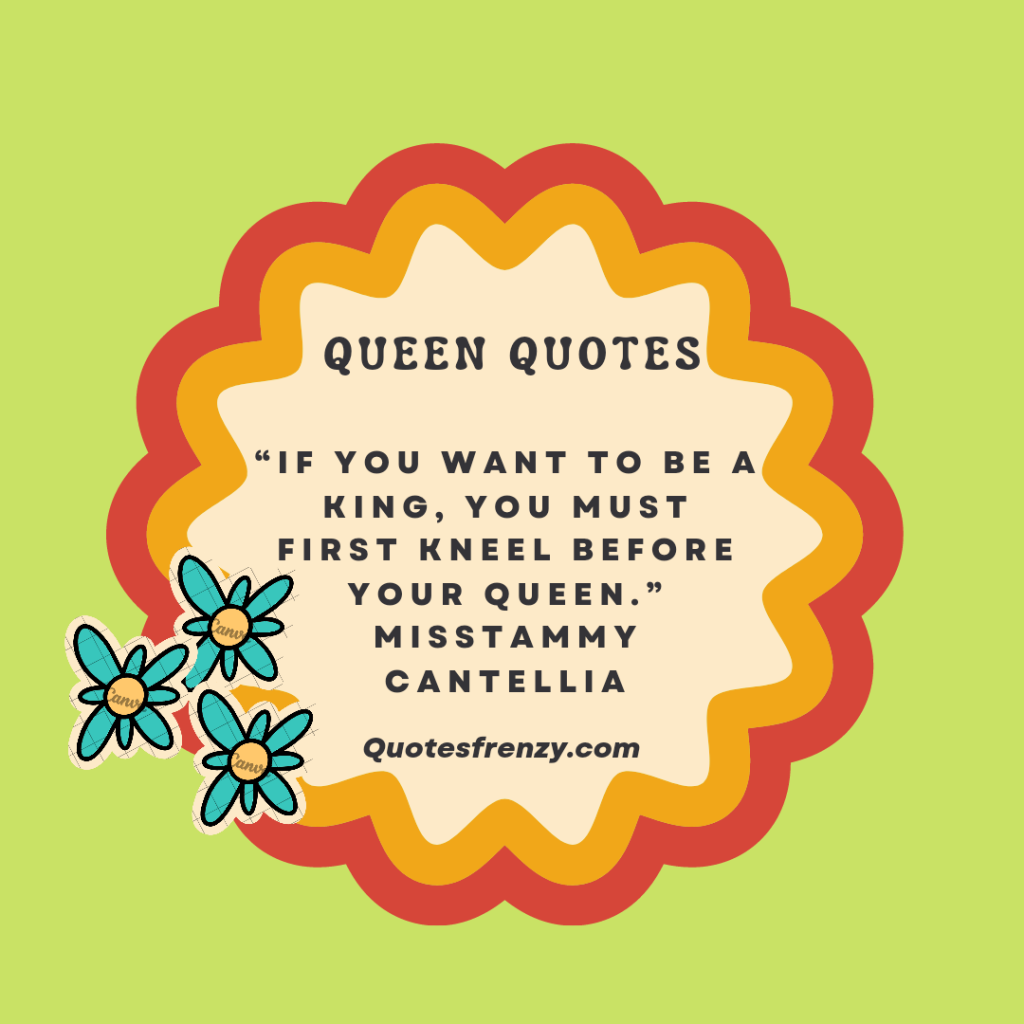 “I am a queen because I know how to govern myself.” Lailah Gifty Akita

“I saw in a flash that if I shrank from this there would at once be less Queen and more Orual in me.” C.S. Lewis

“Being queen is overrated.” Queen Rania of Jordan

“Get money, have fun and treat a woman like she’s a queen.” Puff Daddy 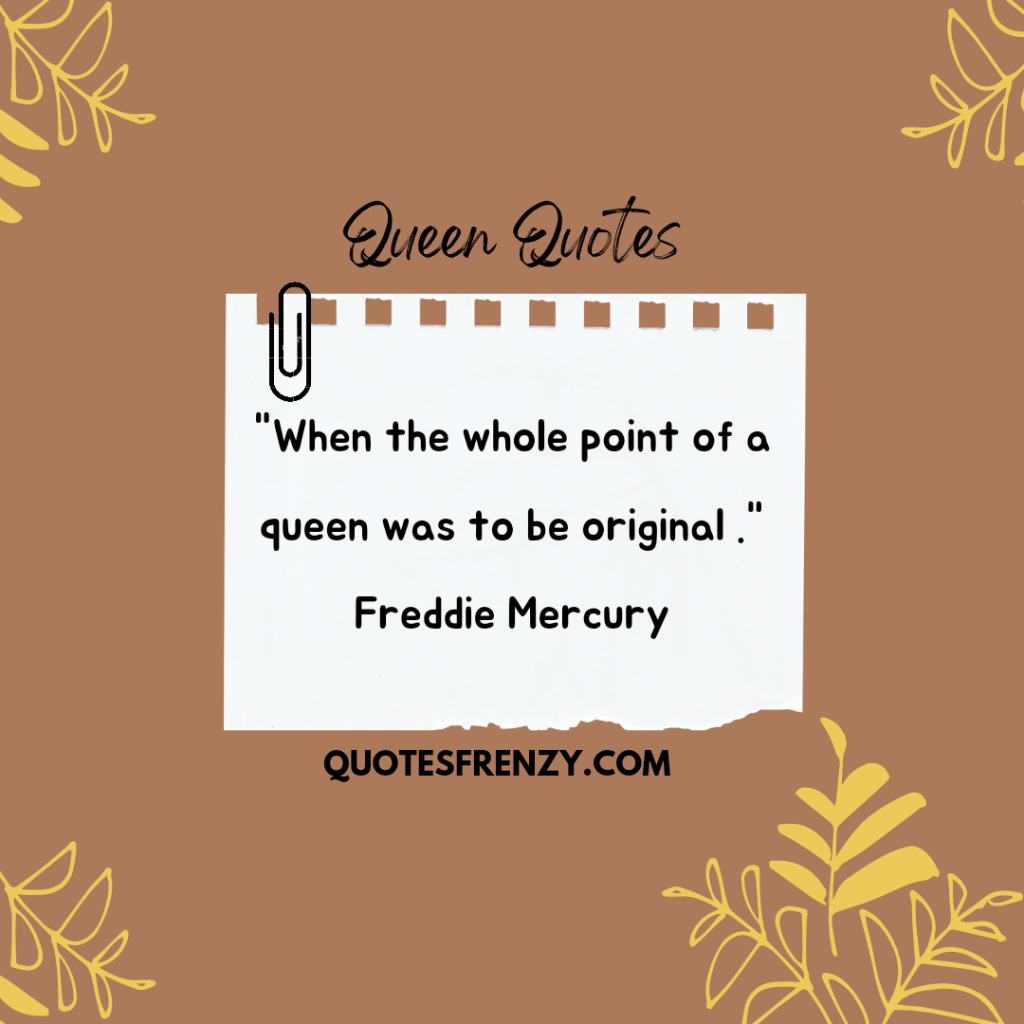 A queen is unique, special, loved and envied. She is not like those around her. Thus, every woman should learn to be original to their true self.

Jill Scott, an American musician, explains the power the woman has as the queen of the house. This is seen in being responsible for the well-being of everyone.

I don’t want a husband who honour me as a queen, if he does not love me as a woman – Elizabeth I 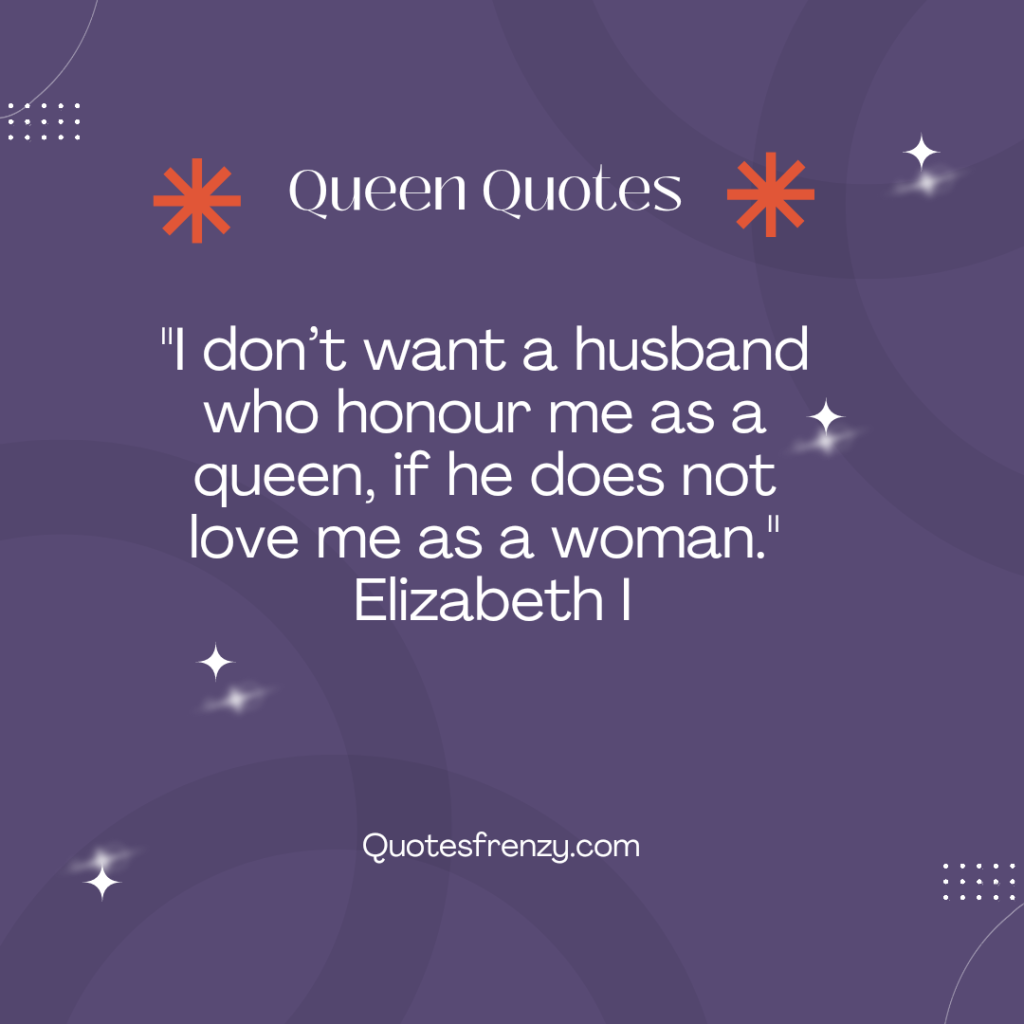 Women, who are celebrities, encounter certain problems with regard to choosing a man. They wish to be love as women and for their personality. Not for their riches, status, positions or popularity.

Being a queen is more than the fame and money. Rather it concerns a woman’s contribution in making society a better place through her social standing and accomplishments.