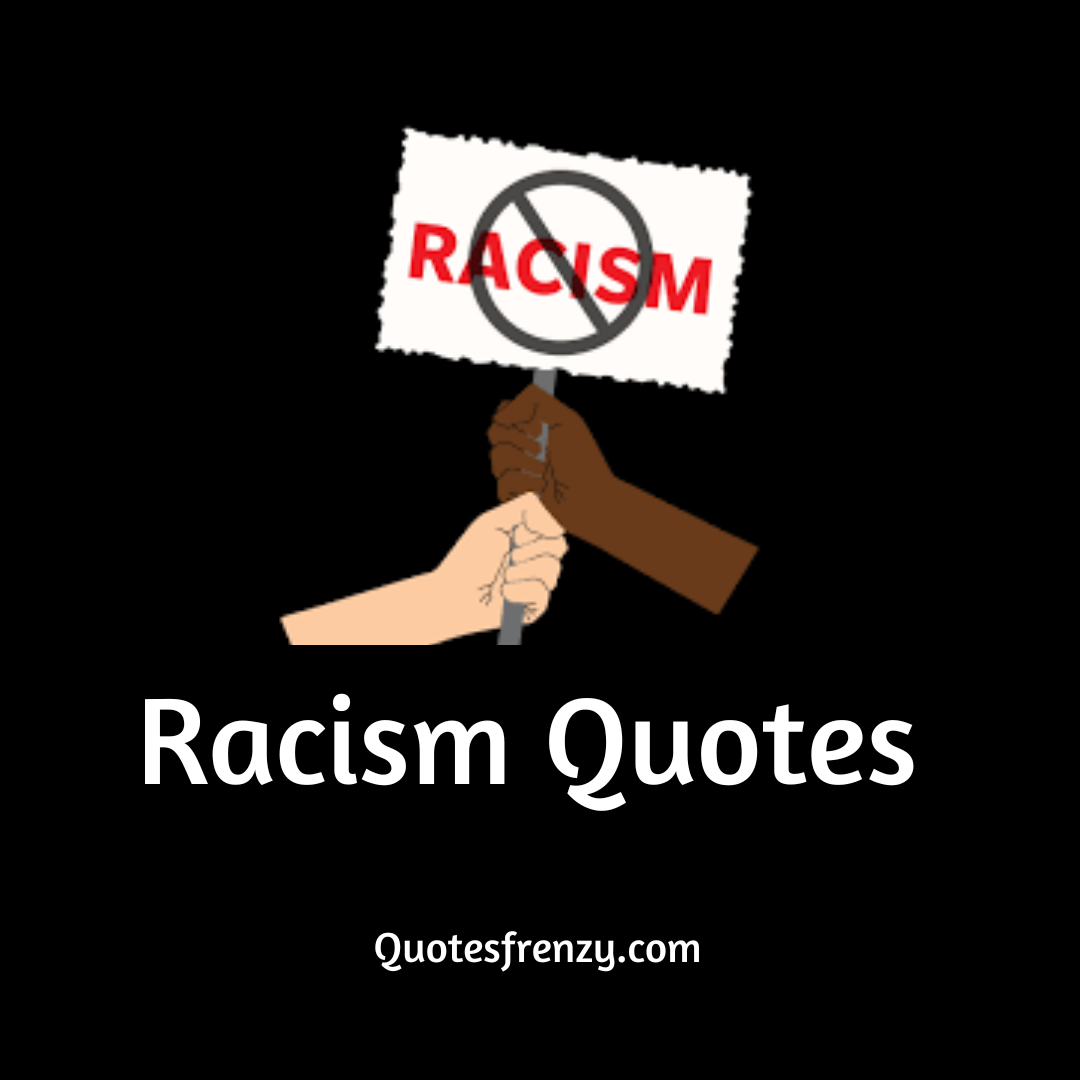 Racism Quotes-I always wonder, if mother earth also discriminates people on the basis of color, how would the dark life. And when we had people only with fair complexion then, how would they discriminate people at that point? How can color be such a serious issue? Are that people who have no fair complexation are cursed or not- eligible to live? Or someone has already said that the people with such a complexation have done fair deeds in their whole lifespan and are secret. Many movements sprouted, many legends stood against racism but still, we address this color issues shading red blood all over the world. Legends who fought against this discrimination and these are some Racism Quotes said and written by them.

With the growth of the Black Lives Matter movement, the powerful advice of the Prophet (PBUH) is extremely important to heed. We are reminded of our origins and redirected to what truly matters: someone who has a heart that is attached to Allah in word and deed. This is what is truly important. 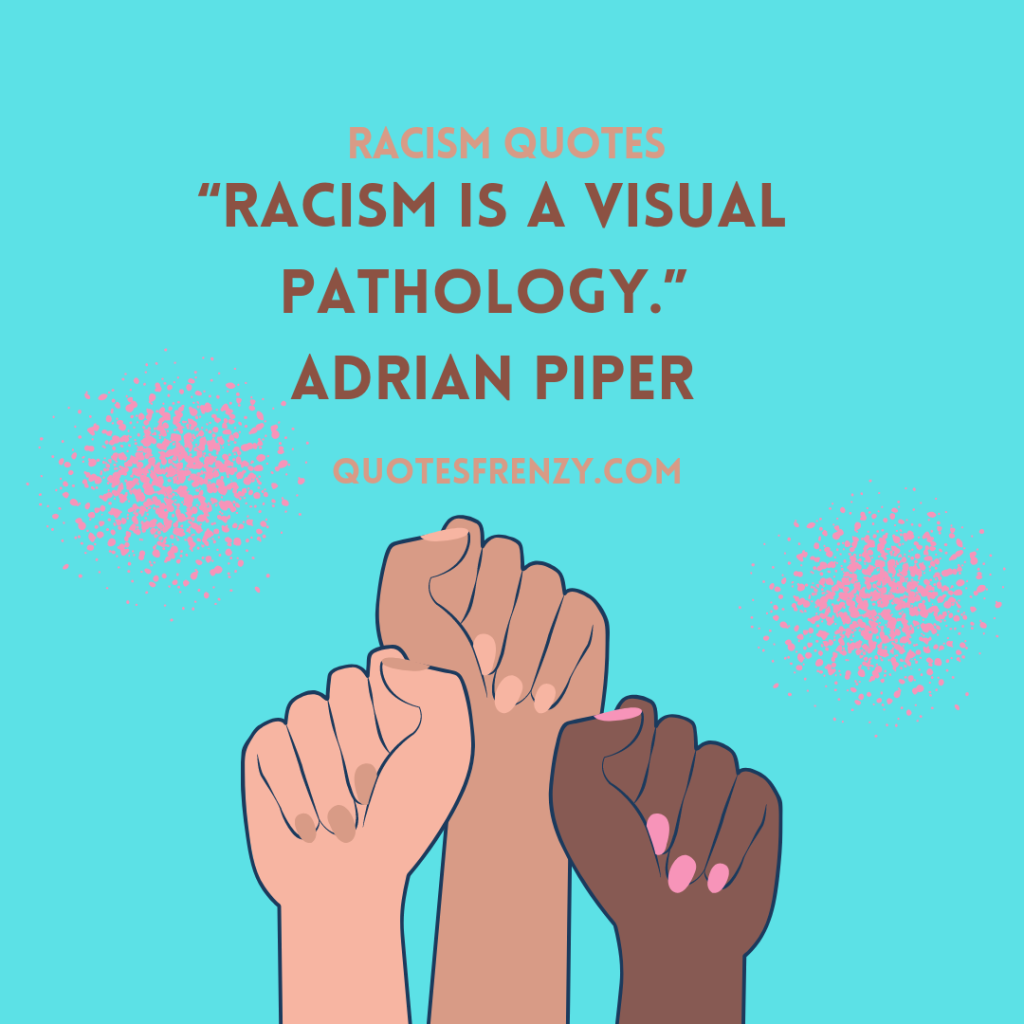 “Racism is within each and every one of us.” Jordan Peele

Black And White Quotes And Sayings 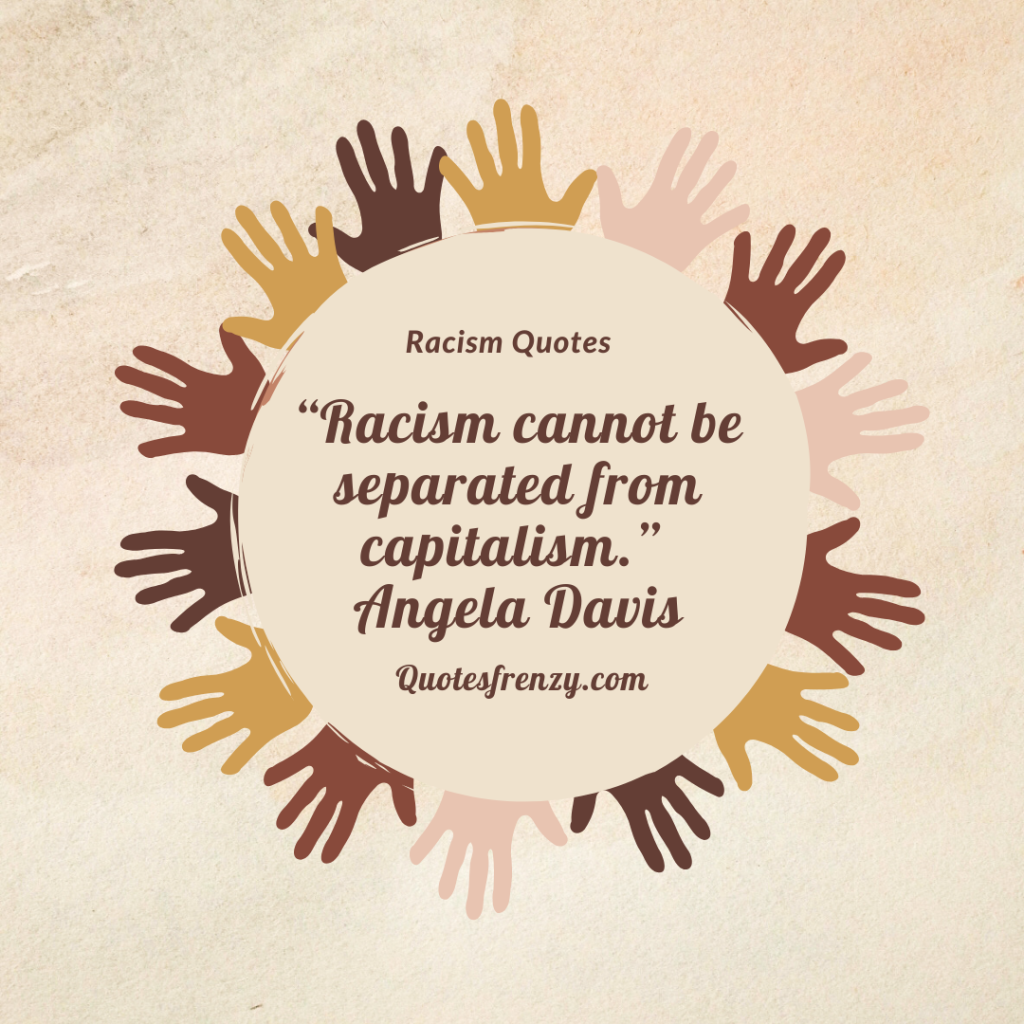 “We have been basically persuaded that we should not talk about racism.” Angela Davis

“There’s a lot more hypocrisy than before. Racism has gone back underground.” Richard Pryor

“Racism was never acceptable to the people who suffer from it.” Roger Ross Williams 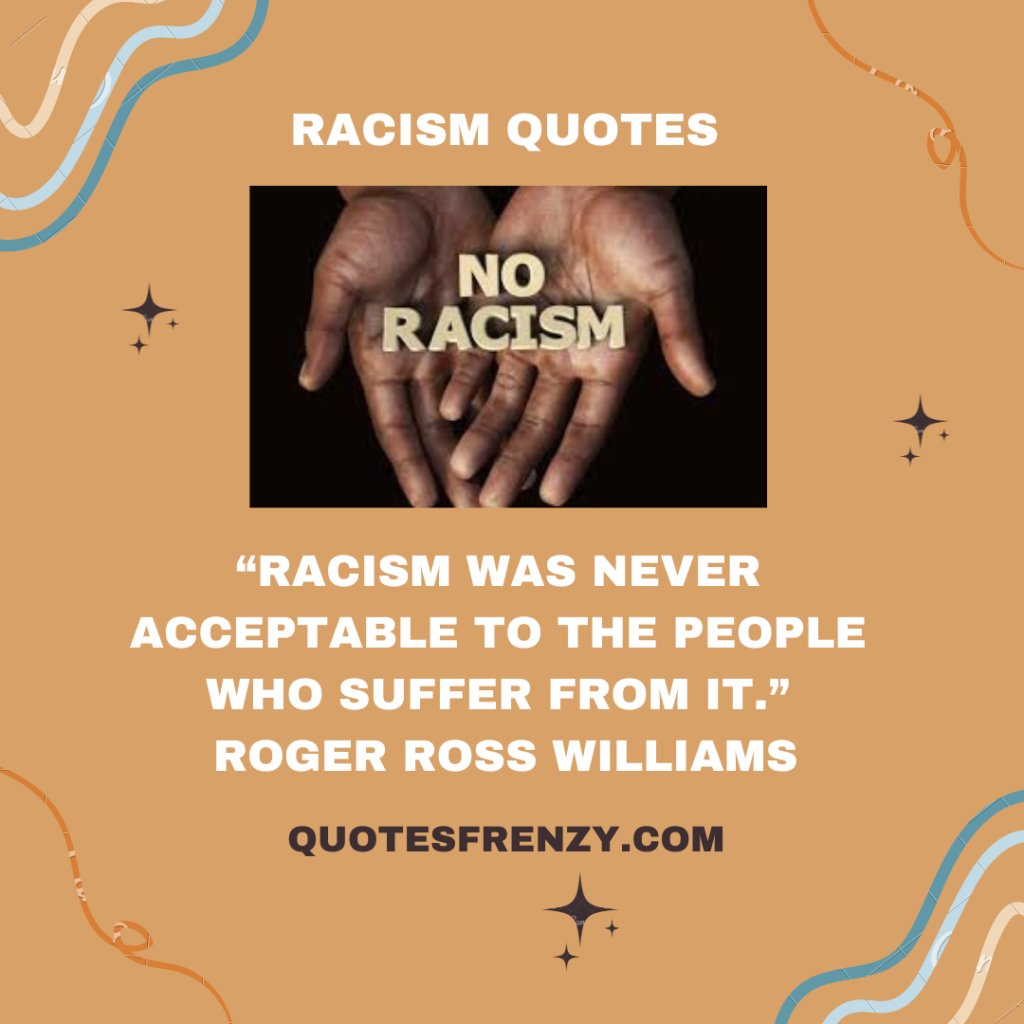 “Racism? But isn’t it only a form of misanthropy?” Joseph Brodsky

“Racism is a system of power and in the absence of power you cannot be considered a racist.” Sister Souljah

“Racism is man’s gravest threat to man – the maximum of hatred for a minimum of reason.” Abraham Joshua Heschel

“Excellence is the best deterrent to racism or sexism.” Oprah Winfrey

“Any concept of one person being superior to another can lead to racism.” Walter Lang

“Achievement has no color” Abraham Lincoln 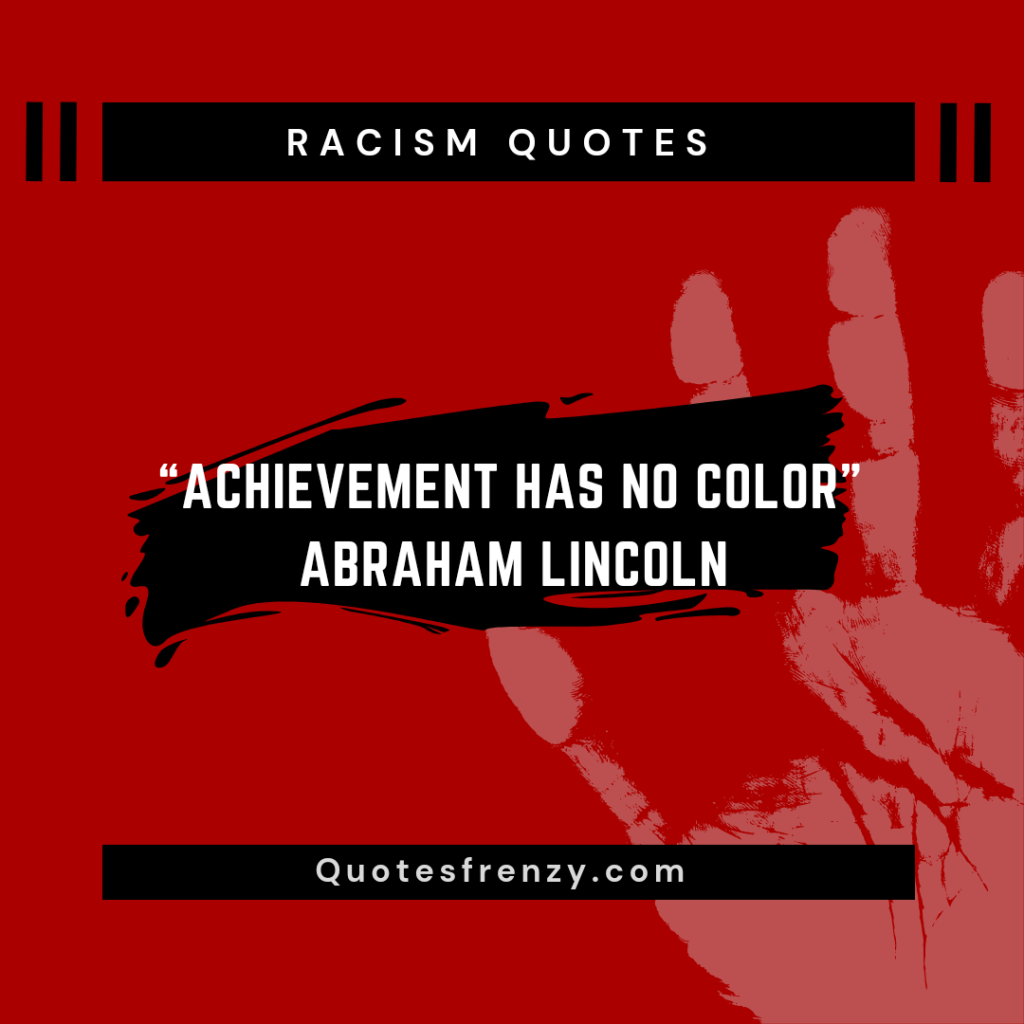 “Racism is beyond common sense and has no place in our society.” Steven Morrissey

“We must treat the disease of racism. This means we must understand the disease.” Sargent Shriver

“No one is born hating another person because of the colour of his skin, or his background, or his religion.” Nelson Mandela

“The only reason race matters is because of racism.” Chimamanda Ngozi Adichie

“Racism is not an excuse to not do the best you can.” Arthur Ashe

“Racism is a blight on the human conscience.” Nelson Mandela 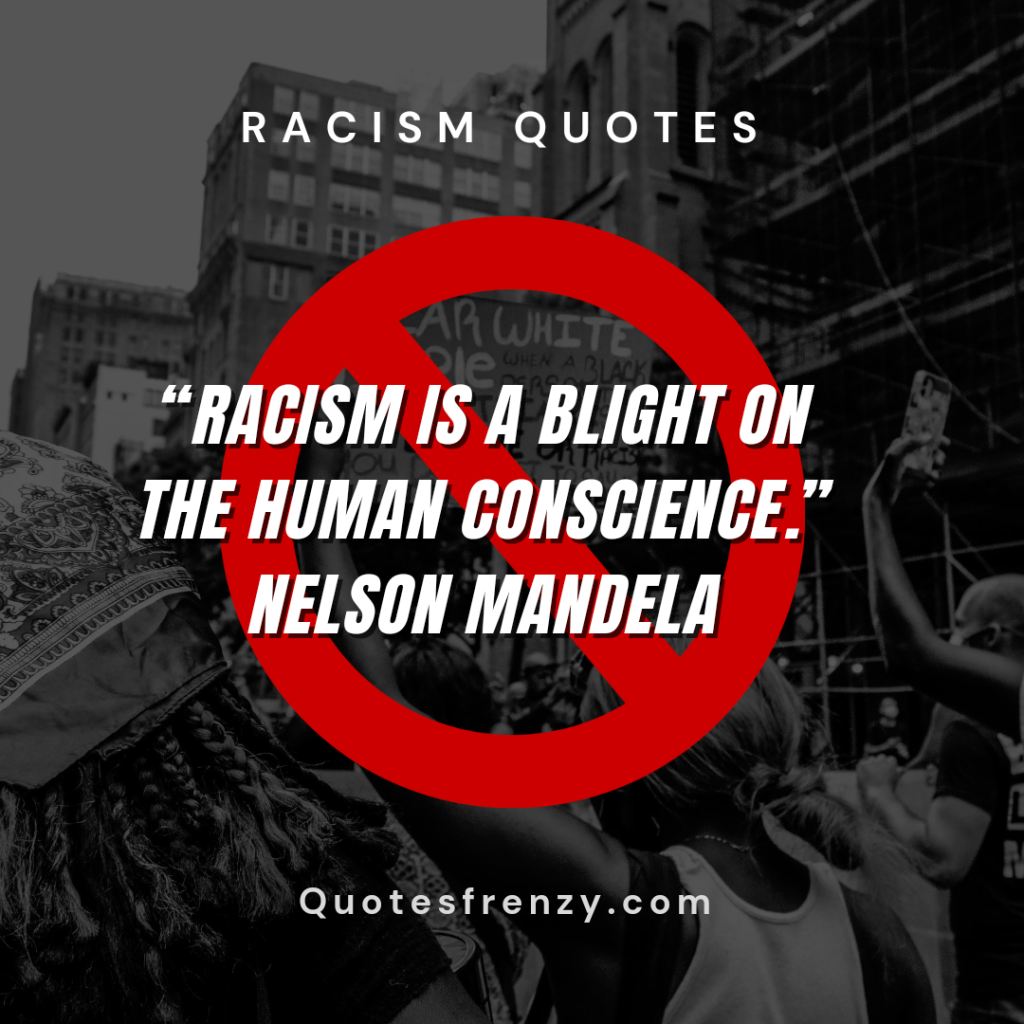 “We have gaps that are rooted in systemic racism.” Hillary Clinton

Every parent has a dream, to see their children in such heights in their career that, not only they alone but also the whole world would recognize them. According to humanity or any other basis even, people should always be judged by their capabilities and character. But racism had never let that happen. This color discrimination not only has taken away people’s rights to live but also the freedom to dream big. Even though they dream big, that is never going to be happening because of color matters this world, not talent.

No one is born hating another person because of the color of his skin, or his background or his religion. Person learn to hate, and if they can learn to hate, they can be taught to love, for love comes more naturally to the human heart than its opposite.- Nelson Mandela 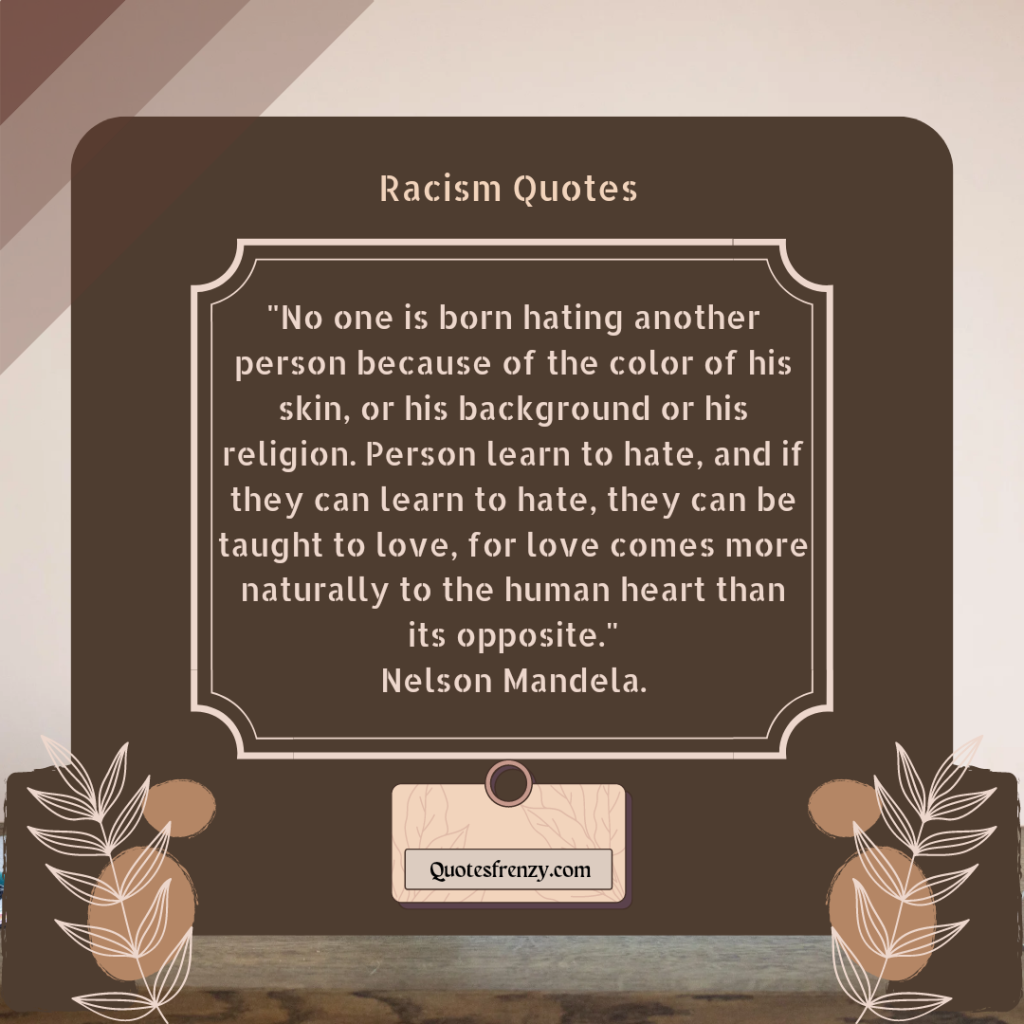 When a dog is fed a dog for two days at the same time, the next day it would learn to come to you the next day automatically. When you teach a little kid to do say something for quite a number of times, the kid will start saying the word all on his own without you saying it. This will also surely happen when you teach your kid to treat everyone equally. When change starts from home, the whole world will definitely change one day.

Our true nationality is mankind- H.G.Wells

This is one of the wells said quotes. When every person starts treating the other as a person itself, without discriminating people on the silly basis of color or nationality, then the word would look better than what it is present.

These Racism Quotes warns us to kill racism, sow the seeds of humanity