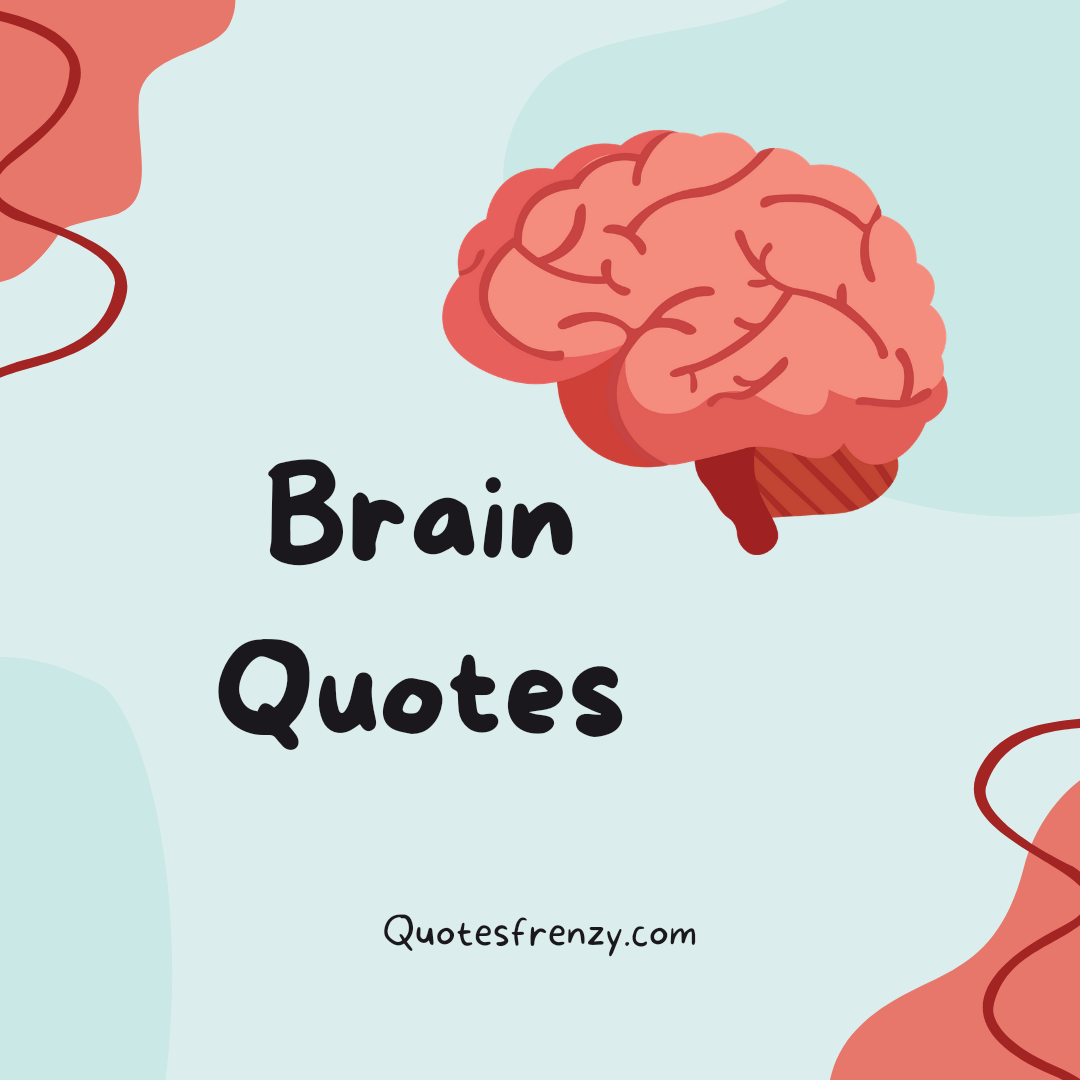 Brain Quotes-The brain is the coordinator of all life. Medical advances have made it possible to exist without it working properly. But life cannot continue and function without it. TheseÂ Brain Quotes will exemplify the grandeur of the brain.

The human brain has 100 billion neurons, each neuron connected to 10 thousand other neurons. Sitting on your shoulders is the most complicated object in the whole universe-Michio Kaku 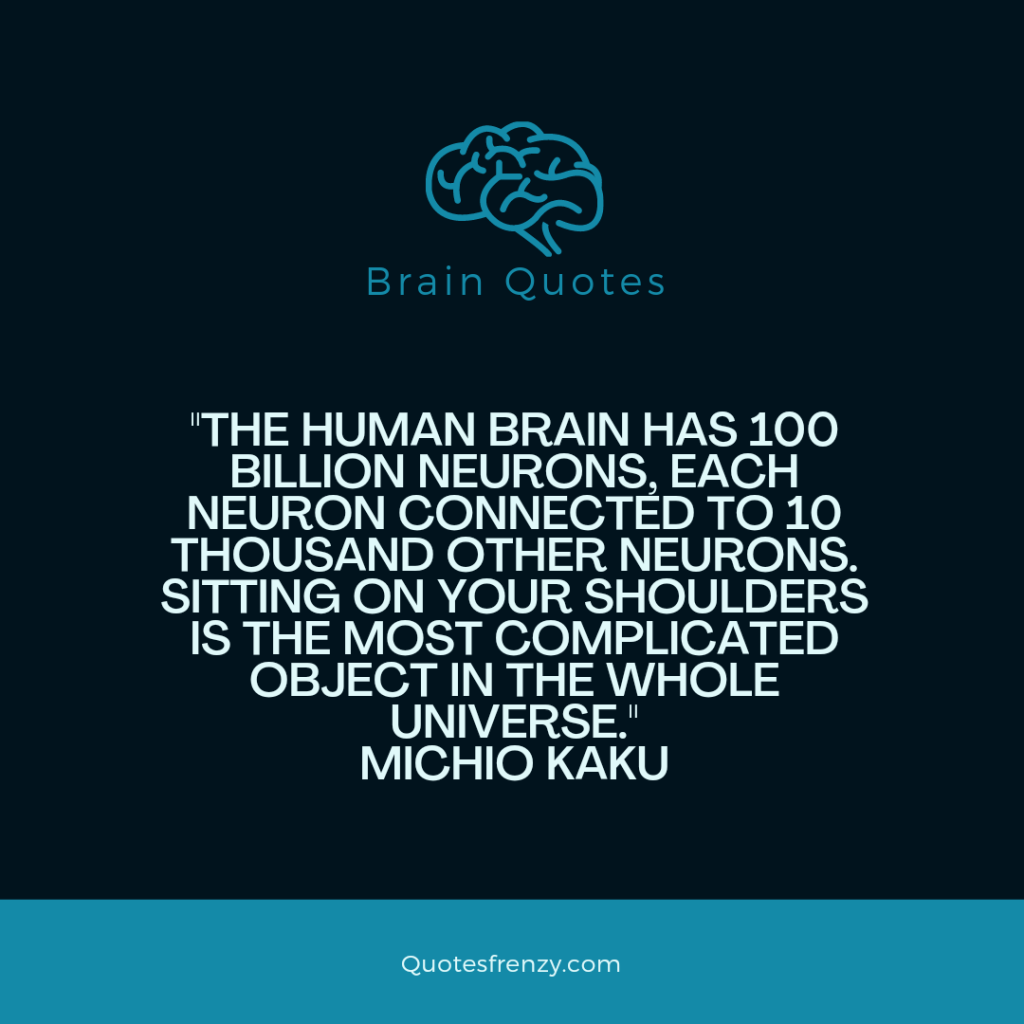 Try as we may, we cannot completely explain the complexity of the human brain. Those who believe in a higher power list the marvel of the brain as one of the creators greatest masterpieces. We stand in awe of this amazing gift that sets us apart from animals and makes us superior to them. It makes us able to do the most basic things like eating, bathing, and sleeping, while still coordinating us to drive cars, communicate with others and keep ourselves functioning. The best part is that the brain has an almost unlimited capacity to learn new things.

“Brains are an asset, if you hide them.” Mae West 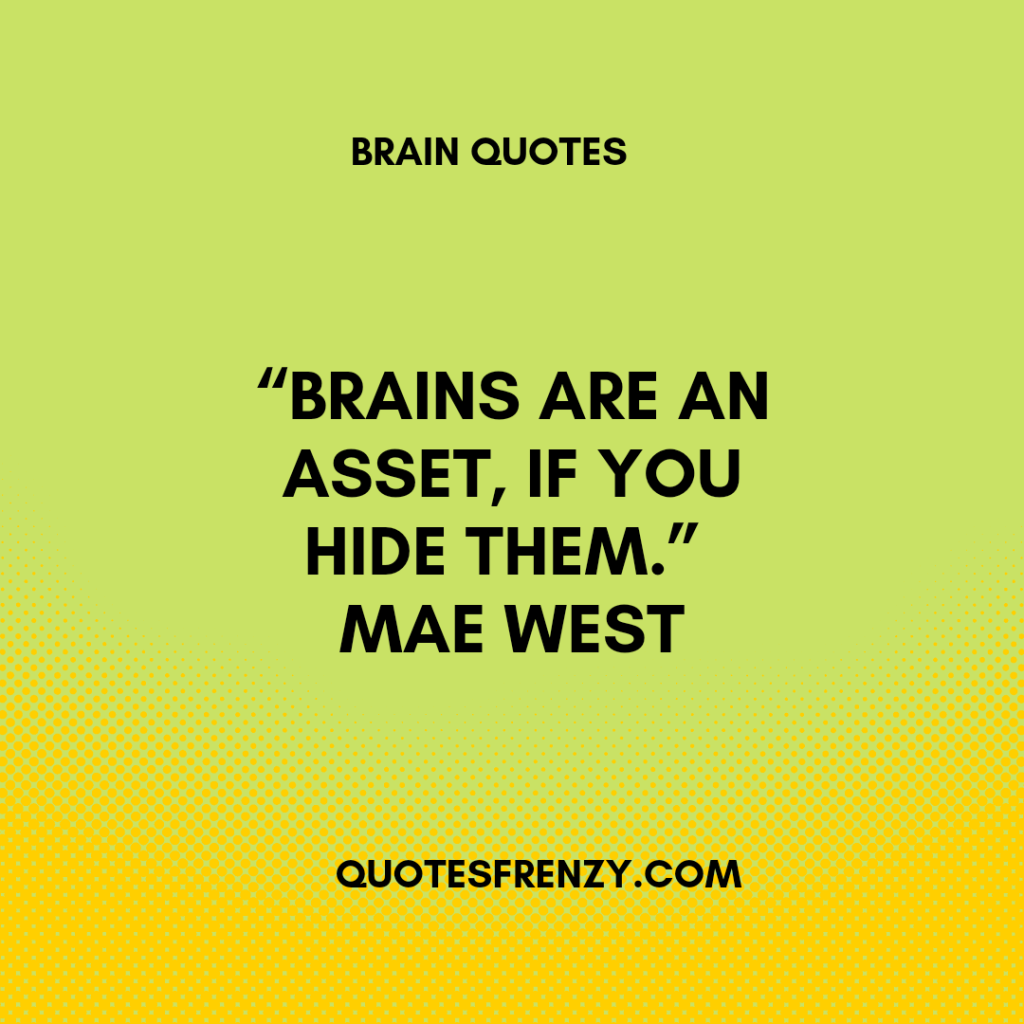 “The chief function of the body is to carry the brain around.” Thomas A. Edison

“Humor is by far the most significant activity of the human brain.” Edward de Bono

“If only we could pull out our brain and use only our eyes.” Pablo Picasso

“When you fish for love, bait with your heart, not your brain.” Mark Twain

“The brain is wider than the sky.” Emily Dickinson

“The principal activities of brains are making changes in themselves.” Marvin Minsky 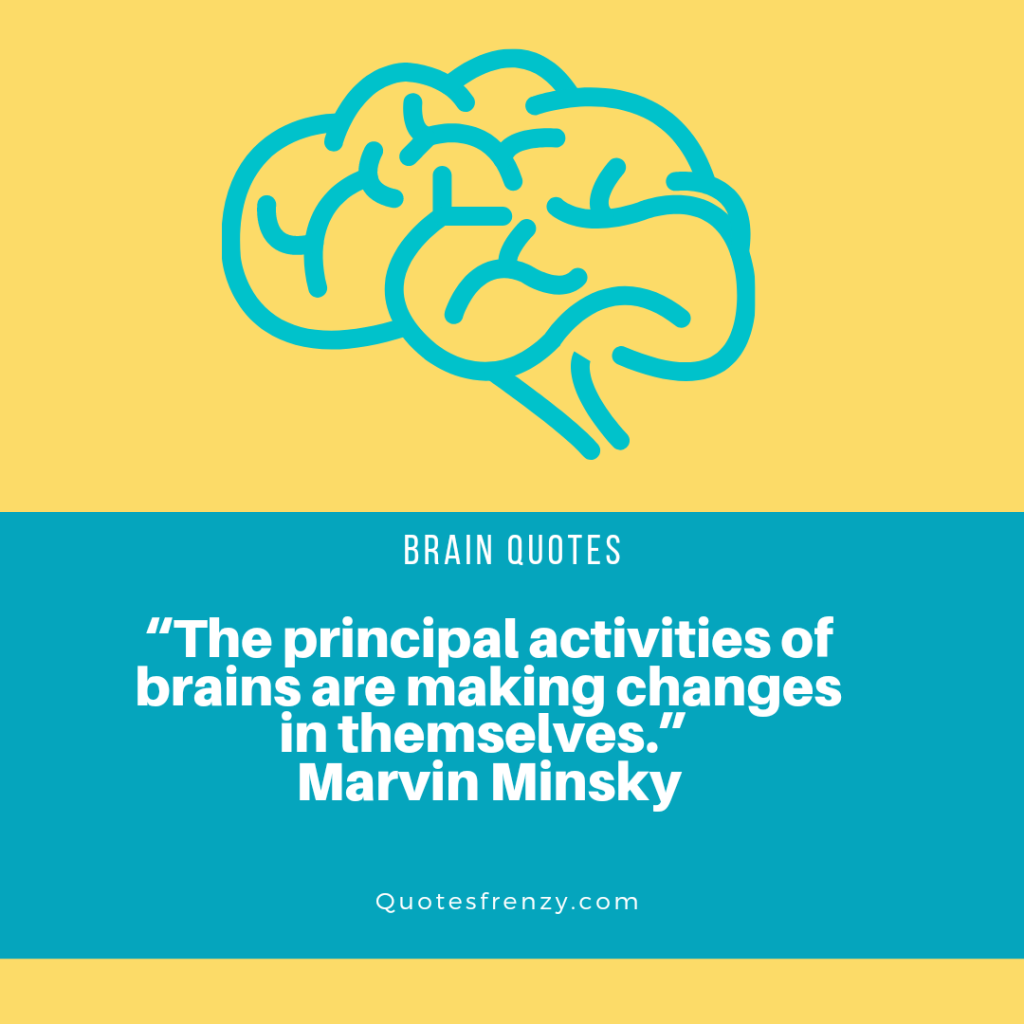 “The brain has muscles for thinking as the legs have muscles for walking.” Julien Offray de La Mettrie

“Behavior is ultimately the product of the brain, the most mysterious organ of them all.” Ian Tattersall

“Memory, the warder of the brain.” William Shakespeare

“The human brain, then, is the most complicated organization of matter that we know.” Isaac Asimov

“Our own brain, our own heart is our temple; the philosophy is kindness.” Dalai Lama 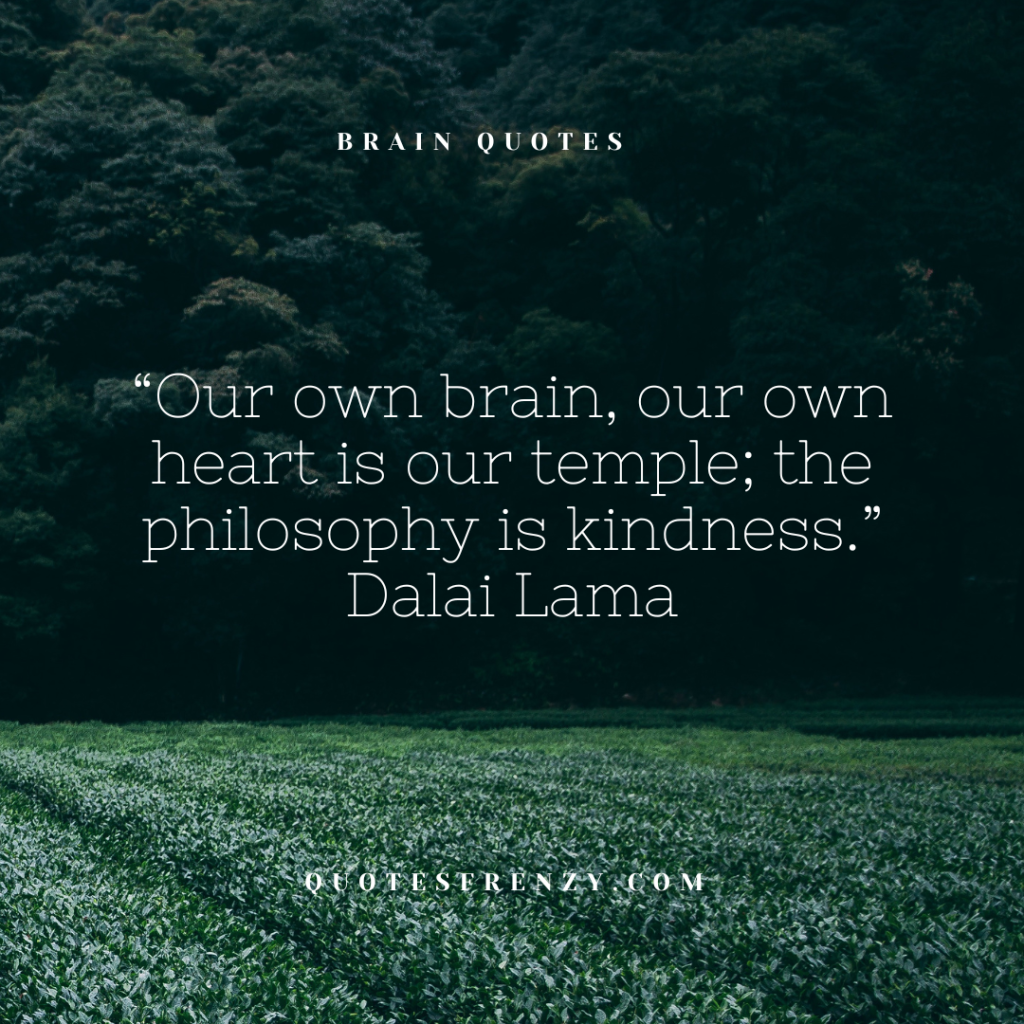 “The brain is a commodity used to fertilize ideas.” Elbert Hubbard

“Our brain is the factory of the emotions.” Miguel Angel Ruiz

“Non-violence, which is the quality of the heart, cannot come by an appeal to the brain.” Mahatma Gandhi 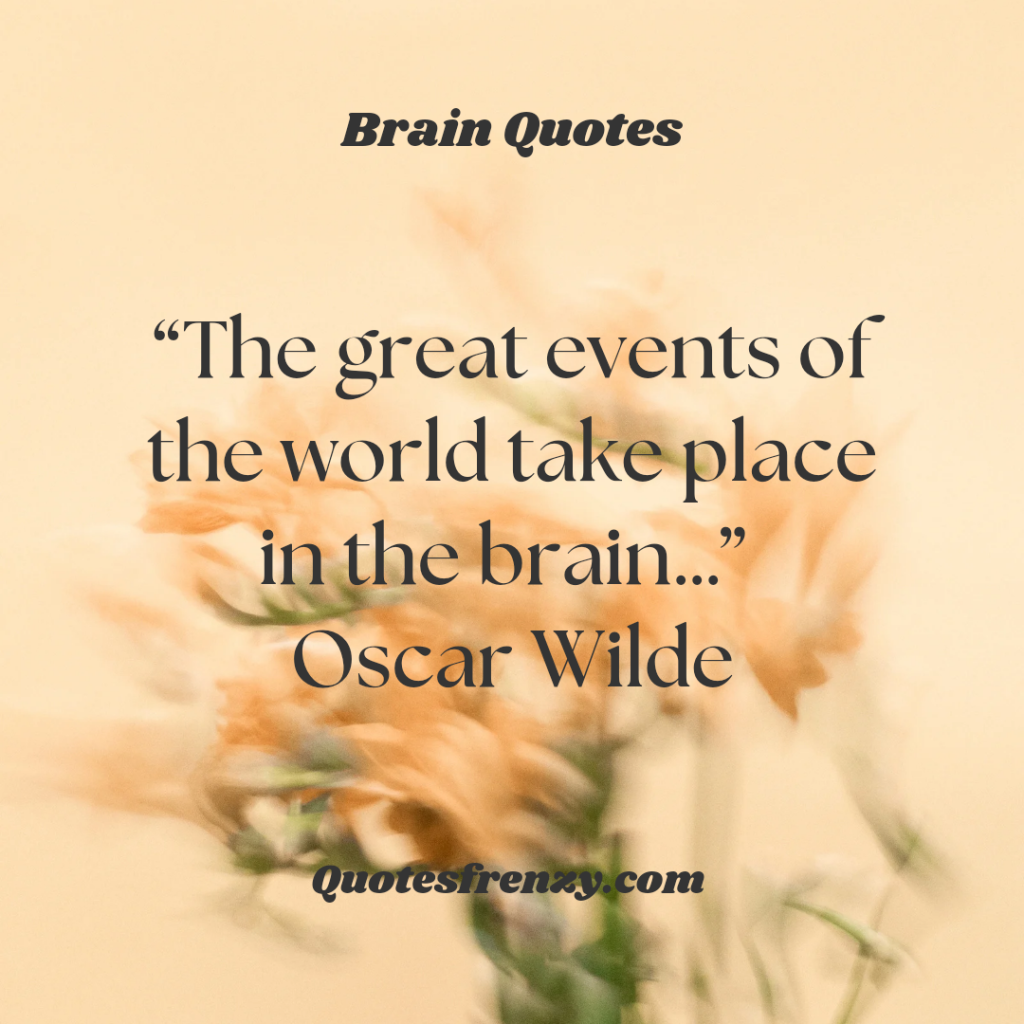 “A brain of feathers, and a heart of lead.” Alexander Pope

“It was strange how your brain could know what your heart refused to accept.” J. K. Rowling

“Follow your heart but take your brain with you.” Alfred Adler

“That’s your best friend and your worst enemy – your own brain.” Fred Durst

“Brains first and then Hard Work.” A. A. Milne

“Fill your brain with giant dreams so it has no space for petty pursuits.” Robin Sharma 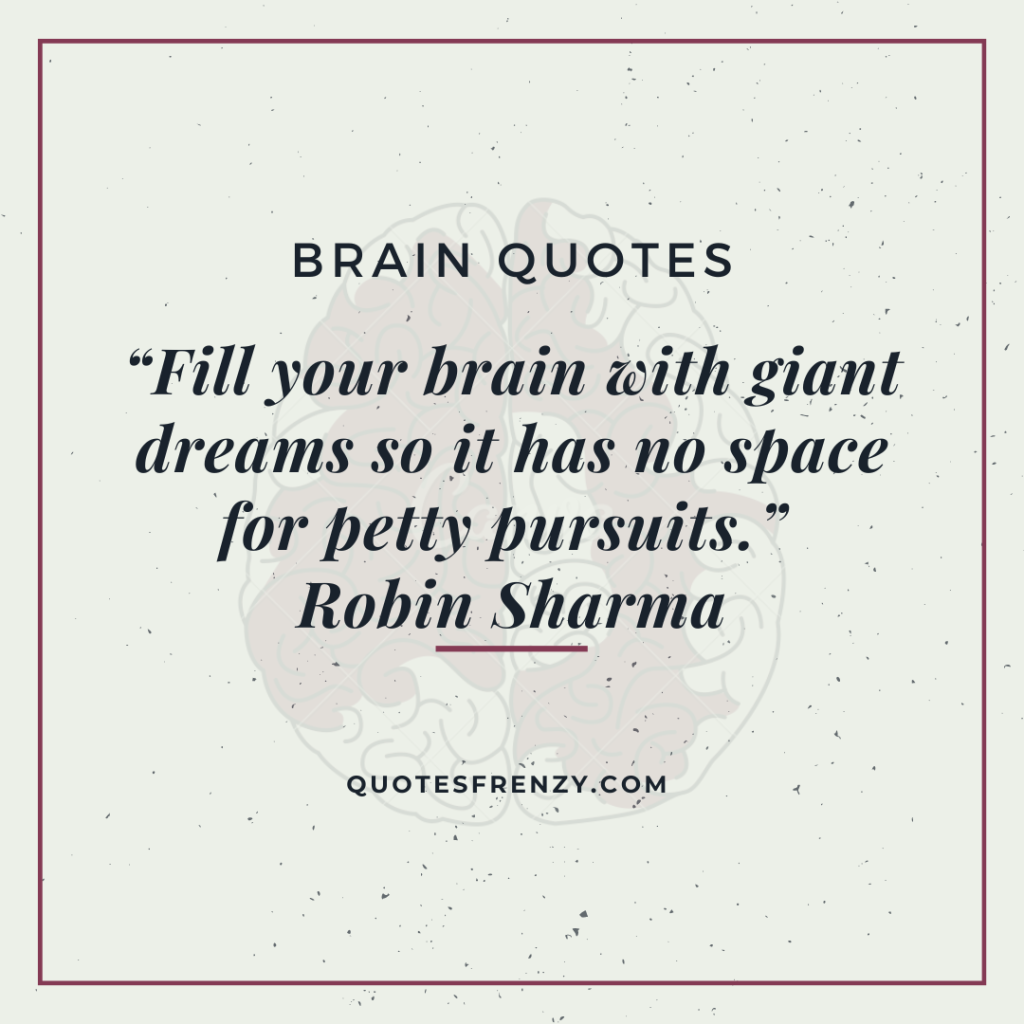 “Capital can do nothing without brains to direct it.” J. Ogden Armour

Everyone has a brain and a mind. Everyone’s brain is the same structure, but our minds are infinitely different. These are as a result of different levels of exposure to education, culture and human interaction. An example is a child who grows up with musicians and artists, while another grows up on a farm where there is a lot of machinery and physical activity. The first child will be more comfortable expressing himself artistically and may pursue careers in the arts while the second child may be more inclined to technology and engineering 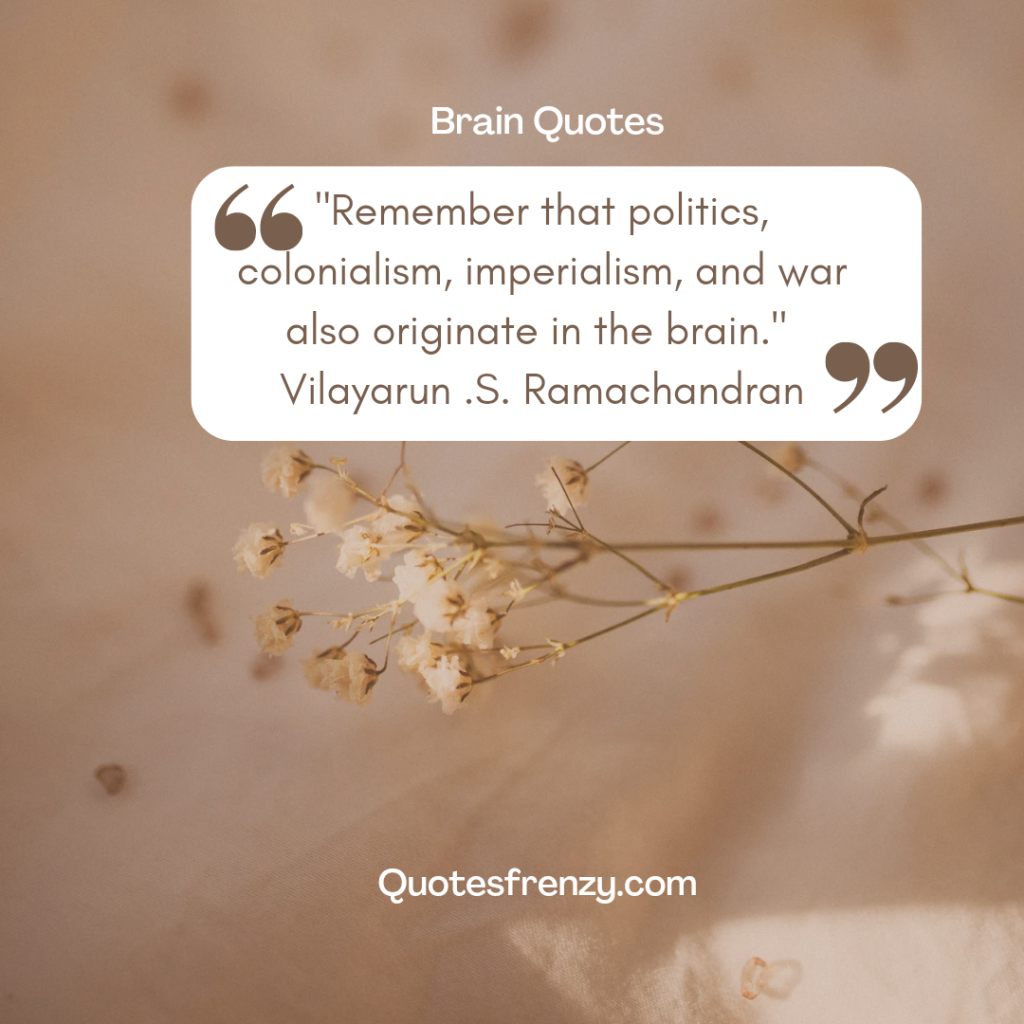 The brain holds our greatest hope and our greatest fears. It is the mind that brings people together to rally around a greater good while inciting others on the basis of differences. The same mind creates inventions that save lives and simplify chores, while it is still capable of fashioning weapons of mass destruction. The power is within all of us as long as we are blessed with a brain.

According to these Brain Quotes, we have everything we need if we have a brain. We can prosper and advance because of it, but we can also stagnate and stay the same. It is up to us to use it for good or evil.