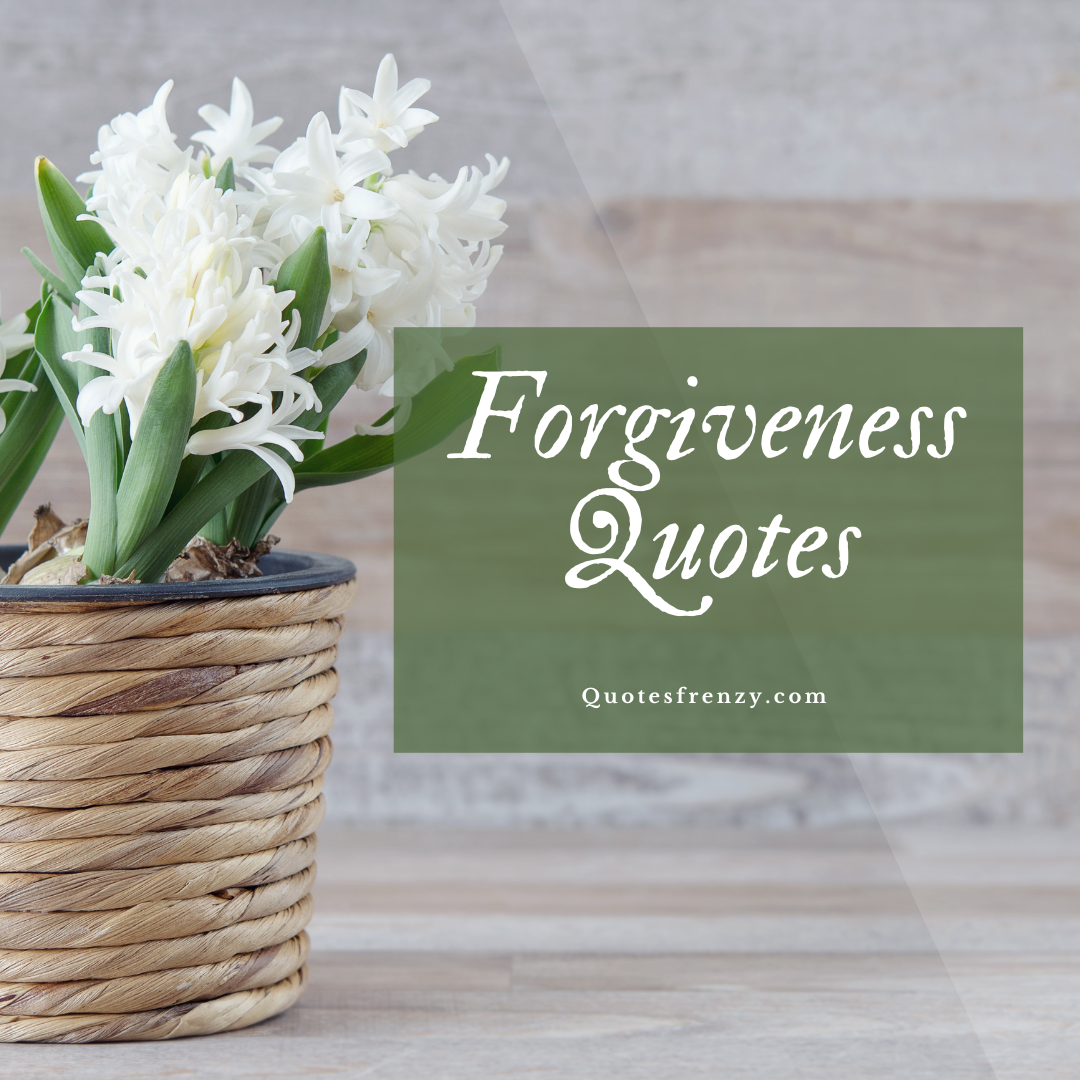 Forgiveness Quotes-Let’s face it, forgiveness isn’t too easy to achieve, as much as we would all like to say that it is. It means not letting out any anger towards those who have wronged us, and instead doing our best to understand them and have compassion for them. It doesn’t mean completely and forever forgetting everything that’s been done, as this in particular could have a negative outcome.

Most people only think that they understand what forgiveness truly is, but they get it wrong a lot of times. Some may think that if we forgive someone we automatically have to be their friends again, or re-engage in the previous relationship. However, that’s not the case all the time. It’s very important to understand the true meaning of forgiveness, so we’ll go over some Forgiveness Quotes right now.

There is no love without forgiveness, and no forgiveness without love. – Bryant H. McGill 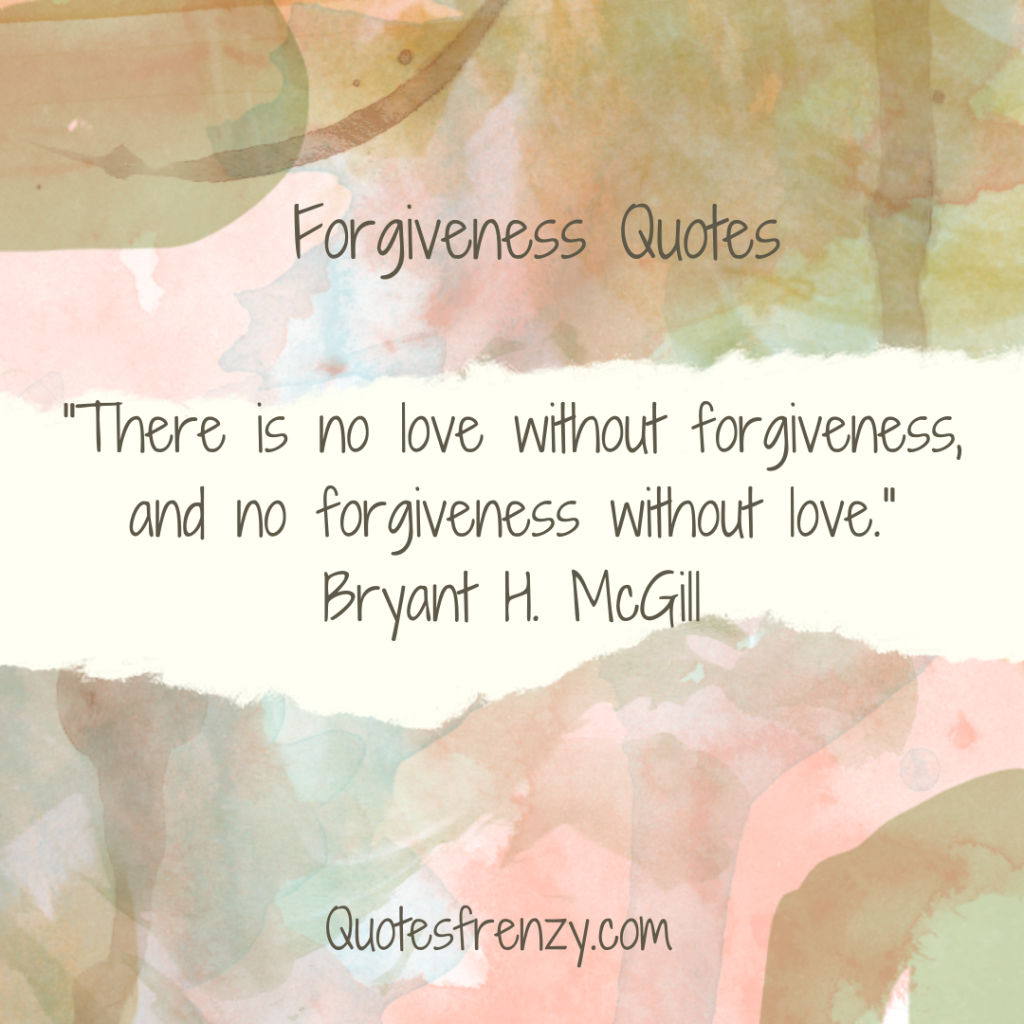 This is pretty self explanatory. In order to be able to forgive, there is a certain need for love. On the other hand, whenever you truly love someone, you should be also able to forgive them whenever it’s necessary. Of course, there are some boundaries to this as well, but in most cases being able to forgive is very important too.

“Forgiveness is not an occasional act, it is a constant attitude.” Martin Luther King, Jr. 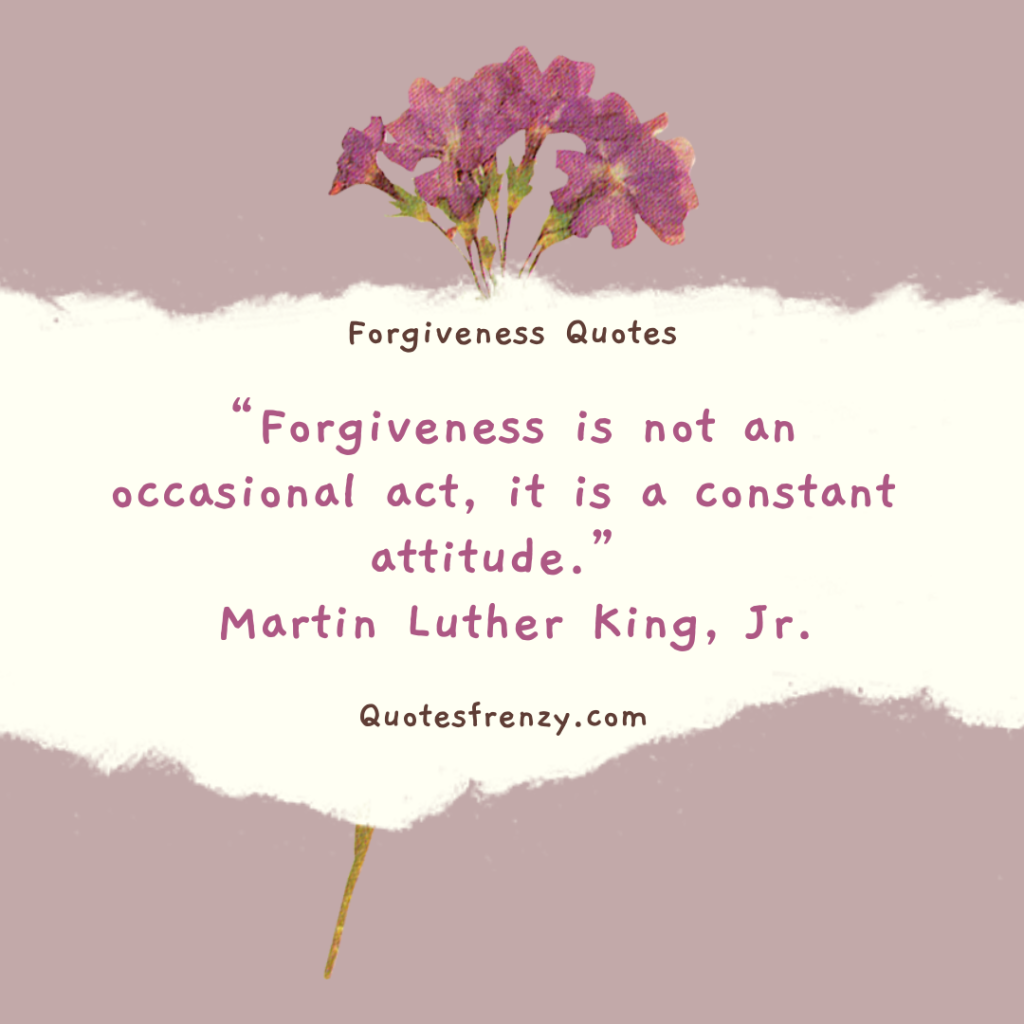 “If we really want to love we must learn how to forgive.” Mother Teresa

“Forgiving is not forgetting. It is remembering and letting go.” Claudia Black

“The weak can never forgive. Forgiveness is the attribute of the strong.” Mahatma Gandhi 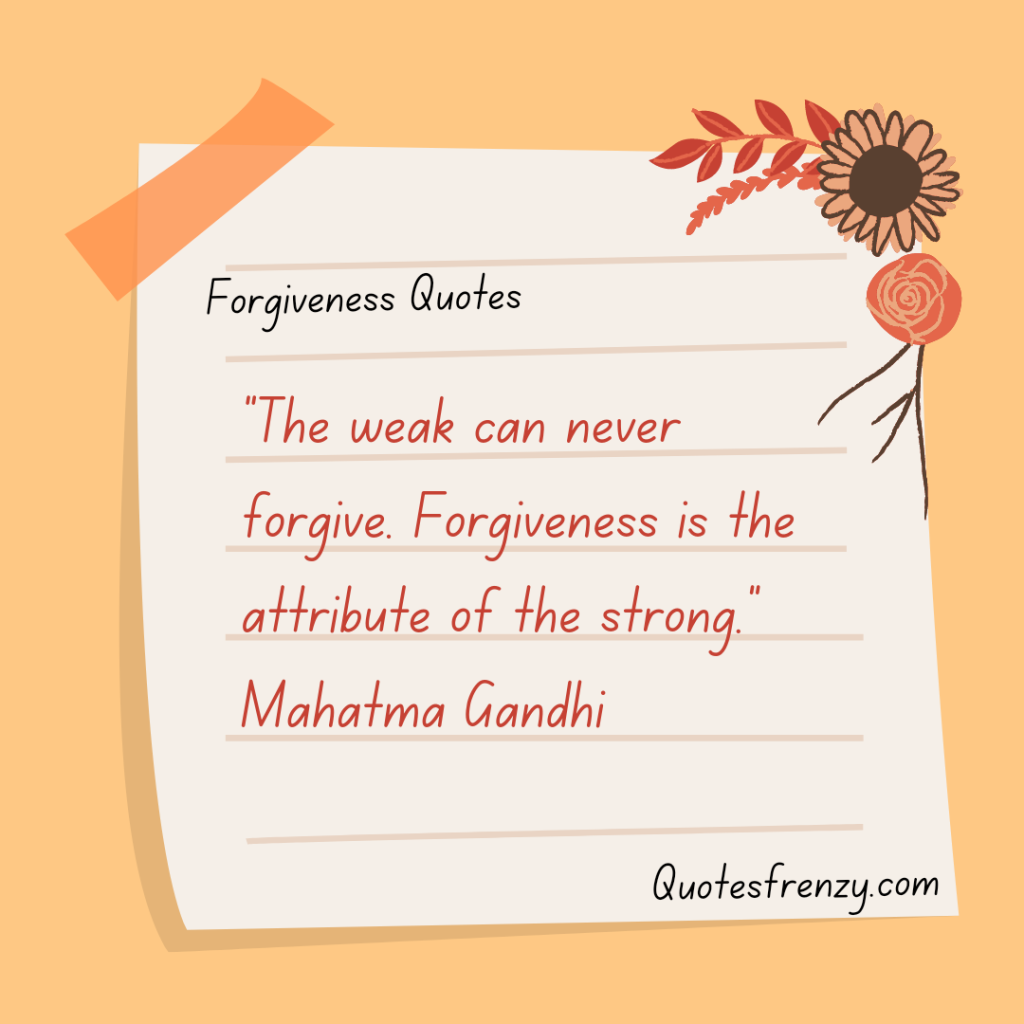 “True forgiveness is when you can say, “Thank you for that experience.” Oprah Winfrey

“Forgiveness is the final form of love.” Reinhold Niebuhr

“To err is human; to forgive, divine.” Alexander Pope

“Forgiveness is the fragrance that the violet sheds on the heel that has crushed it.” Mark Twain 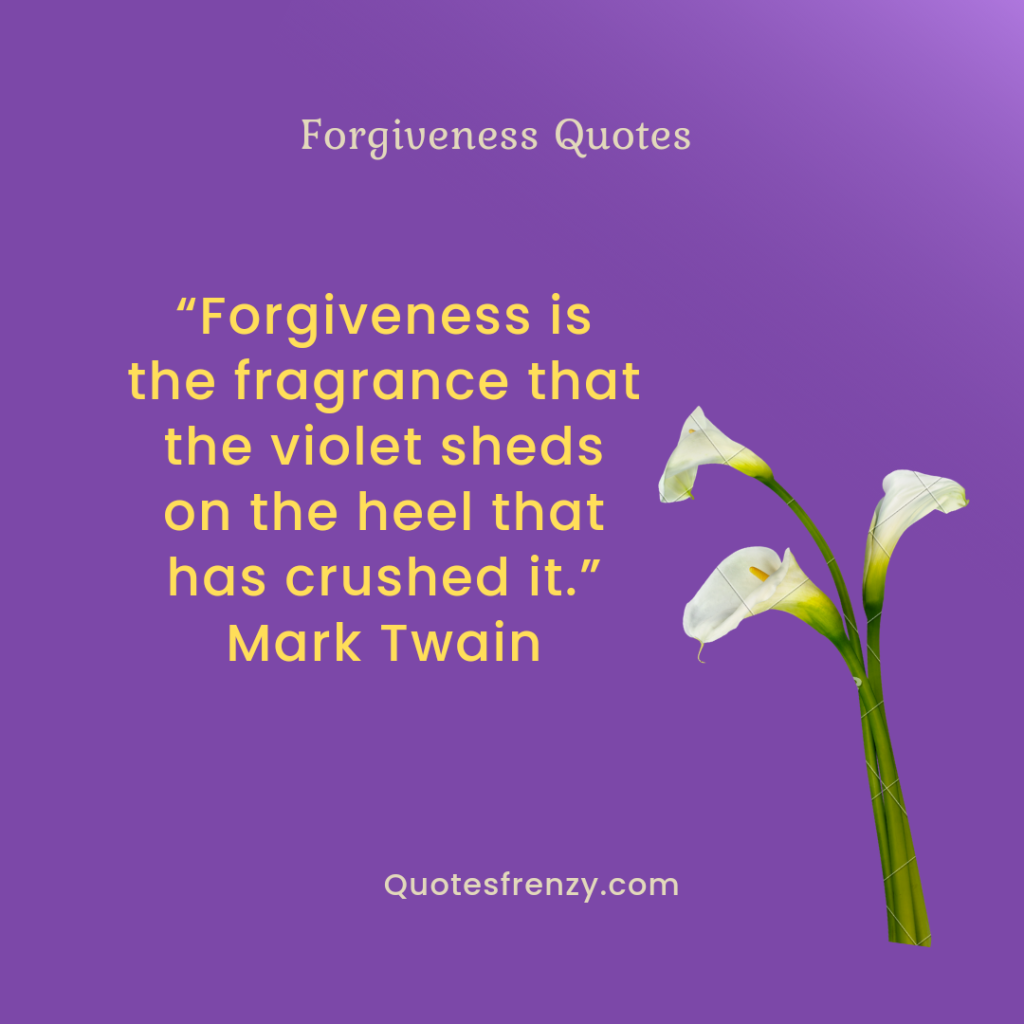 “How unhappy is he who cannot forgive himself.” Publilius Syrus

“Forgiveness is the key to action and freedom.” Hannah Arendt

“Forgiveness is a virtue of the brave.” Indira Gandhi

“The secret of forgiving everything is to understand nothing.” Josh Billings

“It is in pardoning that we are pardoned.” William Shakespeare 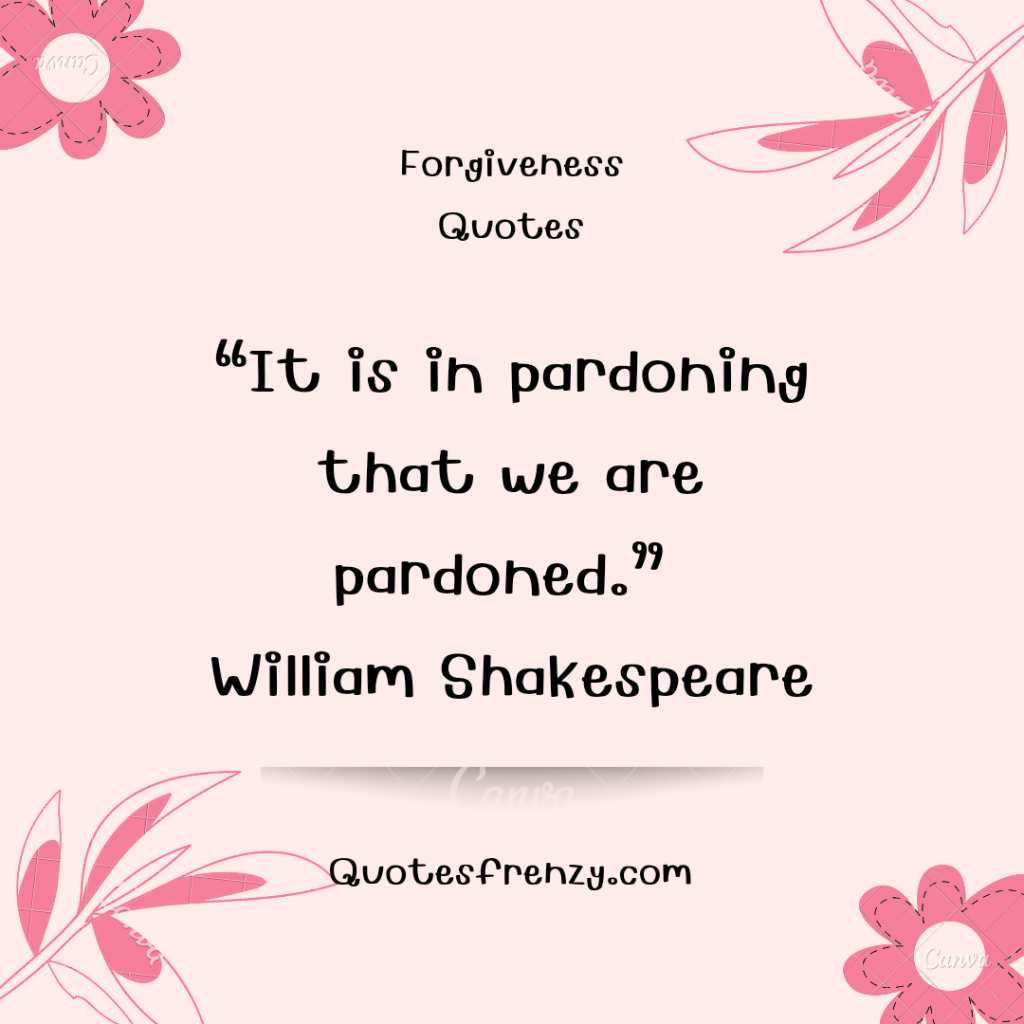 “Forgiveness is the key to the heart’s shackles.” Richard Paul Evans

“The noblest revenge is to forgive” Thomas Fuller

“Forgive thyself little, and others much.” Leighton Meester 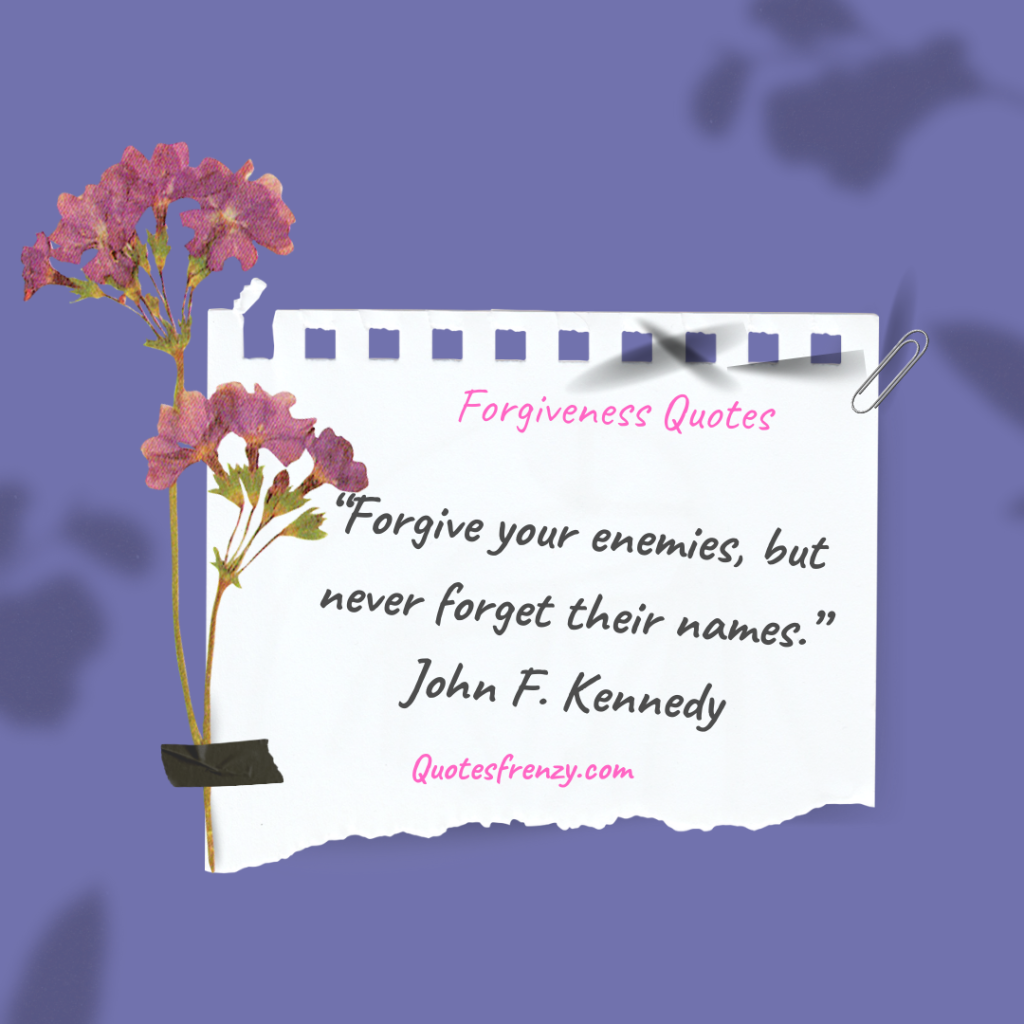 “Love is an act of endless forgiveness.” Jean Vanier

Mistakes are always forgivable, if one has the courage to admit them. – Bruce Lee 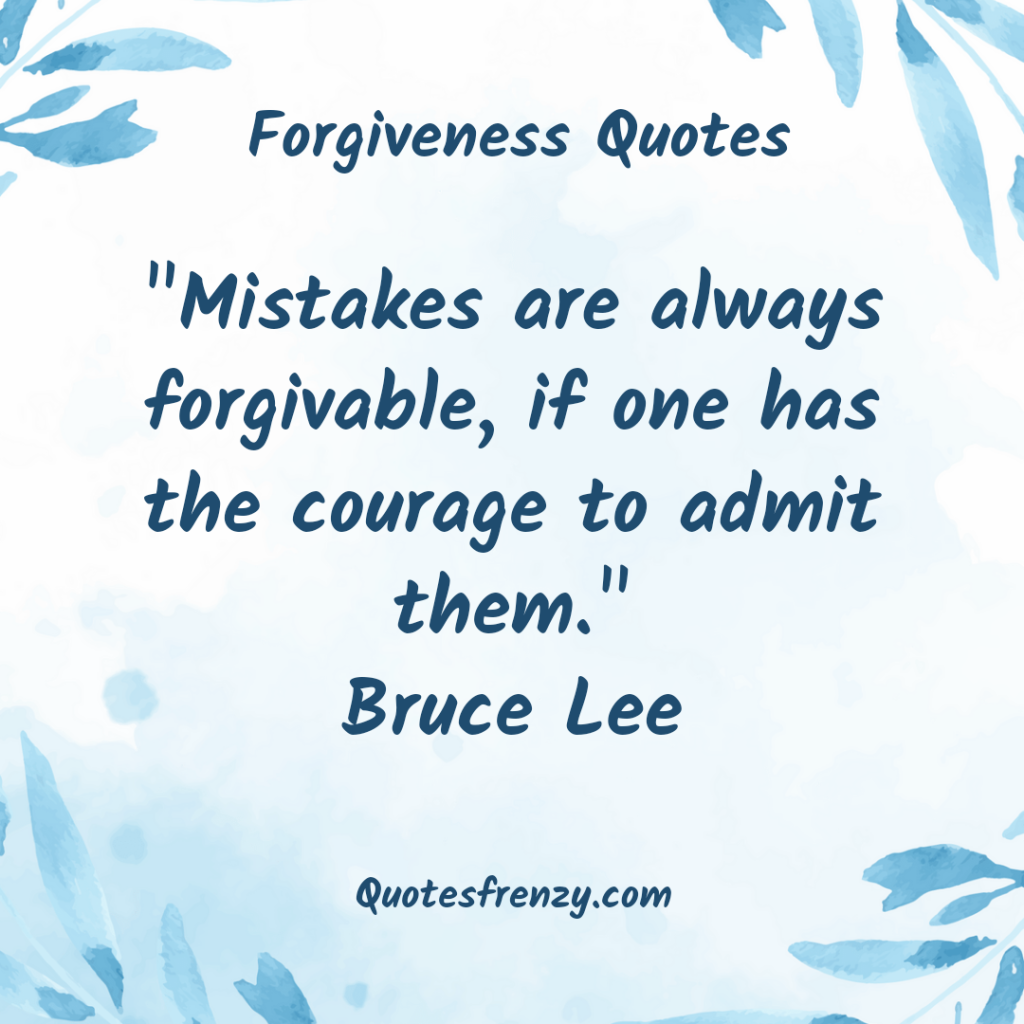 This quote by Bruce Lee is so relevant nowadays, and will probably always be. Whenever we make a mistake, as long as we can admit it, we have much better chances to be forgiven. Sadly, many of us refuse to admit our mistakes whenever we make them, and that does nothing else than harm us later on. We can all agree that it’s not worth losing the trust of our friends, or of those people who are close to us over something like this.

The weak can never forgive. Forgiveness is the attribute of the strong.

Just like mentioned in the beginning of this article, forgiving isn’t always that easy. On the contrary, it can be really tough at times, depending on the circumstances and on the people involved. It takes a strong person to forgive someone, in the true meaning of the word. Once again however, due to the way our society is nowadays, many don’t even take forgiveness as an option, and instead choose to show their anger and hatred, which is in no way helping them. This is exactly why we should all aim for being better and stronger, which means having the ability to forgive others.

Catherine Ponder: Always forgive your enemies, nothing annoys them so much

Forgiving in a special art that everyone cannot learn, when you learn that you will be the happiest person on earth and the person who receives your forgiveness will be the most saddest person.

Forgiving an enemy is easy since you don’t know the person closely, but forgiving a friend is very difficult because you know him the best.

Sir Francis Bacon: The weak can never forgive. Forgiveness is the attribute of the strong.

Only people who are strong at heart have the courage to forgive someone.

Mahatma Gandhi: Most of us can forgive and forget, we just don’t want the other person to forget that we forgave

Some people spend their entire life in making others realize that they will never forgive what they have done.

Ivern Ball: To forgive is the highest, most beautiful form of love. In return, you will receive untold peace and happiness

When you forgive someone, you will get love from the God. You will have inner peace and happiness after forgiving someone.

To conclude, these are some of the most important Forgiveness Quotes which should be properly understood by everyone. In order to have better relations with those around us, and ultimately a better world, we all have to learn to forgive because at the end of the day we’re all human and we all make mistakes.